Shad spawn and ledges key for the best quality 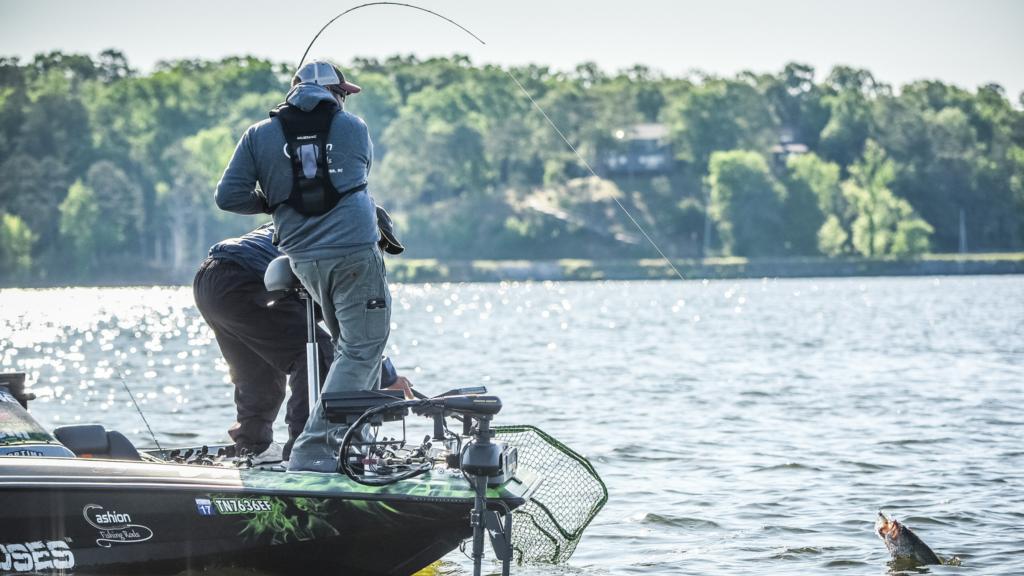 As the old saying goes, the early bird gets the worm and that was certainly the case on day one of the Walmart FLW Tour presented by Quaker State and hosted by Florence/Lauderdale Tourism on Pickwick Lake.

Not only did day-one leader Buddy Gross catch a few early to get his day going in the right direction, but others in the top five said the morning time was the prime time for their catches.

Two factors in particular made the early bite on Pickwick so potent: one, the first two hours of the day were relatively calm before the wind cranked up; two, some anglers participated in a morning shad-spawn pattern that helped propel them out of the blocks. 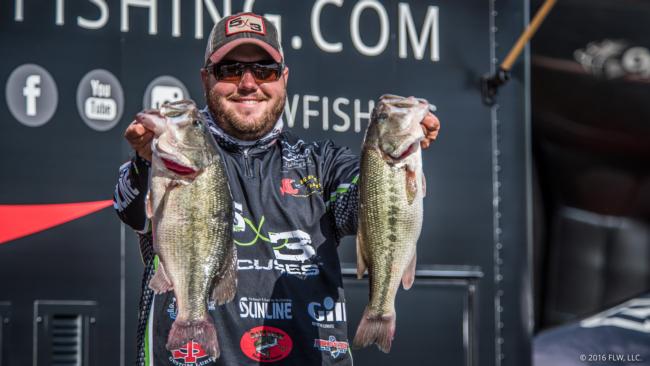 If anyone was wondering whether Lake Pickwick fish were already “out” offshore – the name Michael Neal in second place with 23 pounds should help answer that question. If there is a bass “out,” this TVA ledge hound will find it.

Neal has always contended that the angler who is first to find the first fish out on ledges will be first in the tournament. Given that, things might be lining up for Neal this week.

“The first ones that get out there are big and dumb,” Neal says. “There may not be very many of them out there, but they are the kind that win tournaments. And I think from this point on, it’s only going to get better out. The fish are headed that way, so it should get stronger everyday.”

Like others, Neal’s main concern was the wind, which removed several of his best places from his intended rotation.

“I caught several big ones early before the wind got up and that was critical because once it started blowing, there was no way I could have fished those same places in the afternoon.” Neal says. “And even though the wind might take some of my spots away, I think I will gain some other places back as the fish move out and the offshore bite gets better.” 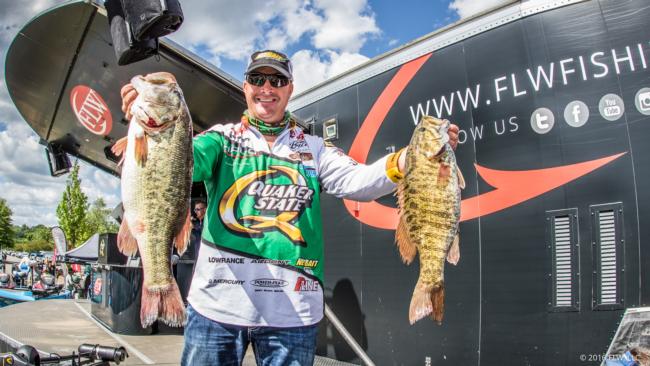 Fresh off a win at Beaver Lake, Quaker State pro Scott Canterbury rolled his momentum right over to Pickwick for a 21-10 catch for a third-place start to the week.

Canterbury got his day off to a blistering start with a shad spawn bite that produced a 6-pounder for his second fish of the day.

“It was a special day,” Canterbury says. “I caught them pretty early, probably eight or nine fish in the first couple of hours and they were good ones. I beat on that one place pretty hard today so I don’t know if there will be anything there tomorrow. But I have some other places like it so maybe I can run across that same kind of deal again tomorrow.” 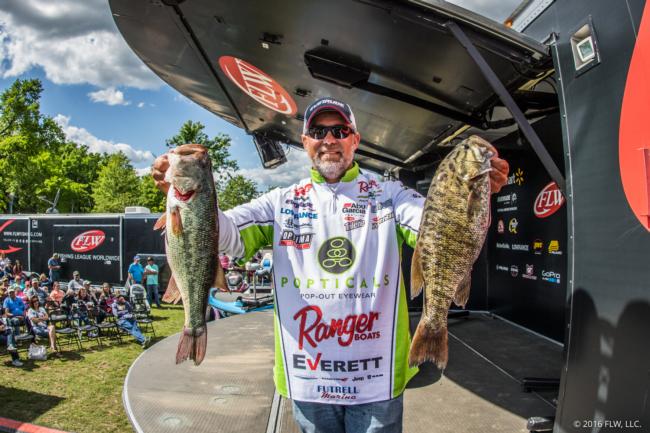 “I knew that wind was going to get up, so I fished as many of my shad spawn places as I could before the waves just washed them out,” Suggs says. “I only got to hit five of the places where I knew shad were spawning and I caught fish on all of them. The first stop was the best; I caught three big ones off of it. Then I caught some others and by 9 a.m., it was done. The wind killed it.” 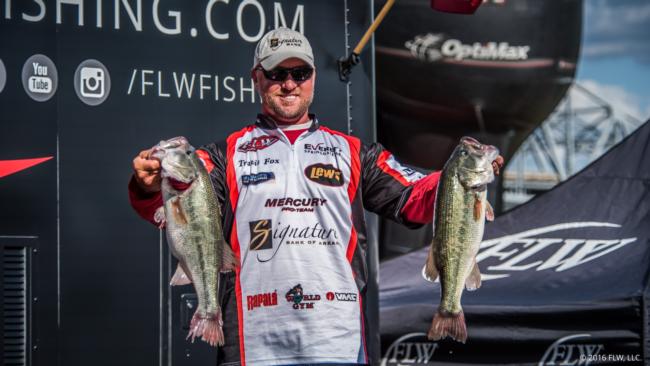 After a horrendous 149th place finish on his home lake at Beaver Lake, Travis Fox bounced back in fine style on day one at Pickwick Lake with a 20-pound, 12-ounce catch to start the event in fifth place.

Fox was yet another pro who tapped the shad spawn early for a portion of his catch. From there, Fox bounced in and out from shallow spots to offshore spots to finish off his limit.