Adversity abounded on day one 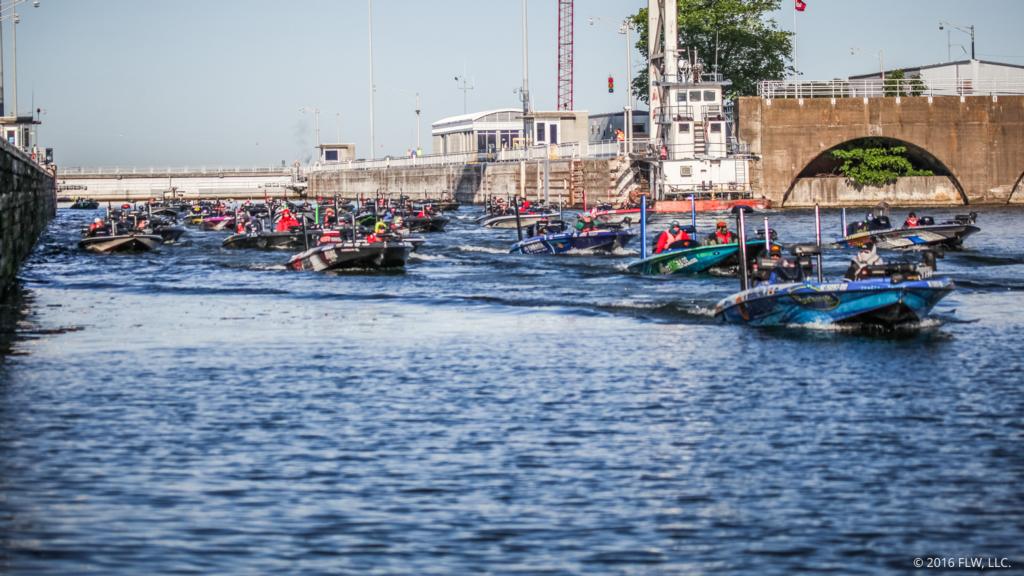 When the anglers left McFarland Park this morning for day one of the Walmart FLW Tour presented By Quaker State and hosted by Florence/Lauderdale Tourism, they could turn right or left. Turning right meant staying in Pickwick. Turning left most likely meant fishing Lake Wilson.

It didn’t matter which way they turned, though. Both ended up being tough, though one was significantly worse.

In order to fish Wilson, anglers needed to go through a lock at the dam. Doing so is always risky, because at the very least an angler loses time while waiting to lock through. At the worst, you get what happened today.

Between 31 and 33 anglers locked up to Wilson first thing this morning. At least some time prior to 10 a.m., anglers say a barge attempted to lock down to Pickwick. While doing so, it came loose and turned sideways, effectively blocking the lock.

FLW Tour anglers were told prior to the event they would be able to lock back from Wilson to Pickwick at 1:30 p.m. However, the barge problem was still not fixed at that time, nor any time soon after. In fact, anglers were not able to lock through until after 3:30 p.m. This caused many to miss their check-ins and 20 anglers to be late enough to lose their entire day’s catch.

“I had a really good day until I got to the lock,” says Tracy Adams, who would’ve weighed in 19-1 had he been able to get in on time. Instead, he zeroed.

Jayme Rampey was in a similar boat, forfeiting a bag that weighed nearly 18 pounds.

“We just sat there for three hours waiting,” said an upset Rampey. “We couldn’t get back. It’s part of it.”

Captain Blake Smith said he and a number of other pros – knowing their catches would be zeroed due to coming in too late – actually met up in a small creek and released all their fish. However, he had no intention of fishing for them tomorrow.

“There’s no chance I’m going up there again tomorrow,” Smith said. “I’m just going to go for a Hail Mary tomorrow in Pickwick. That’s the price you pay to lock sometimes.” 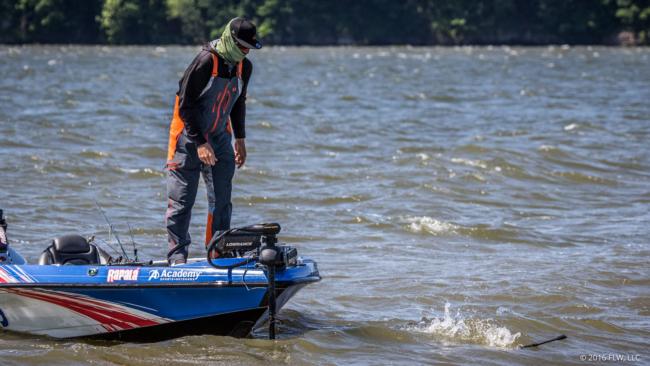 For an hour or two the ledge bite on Pickwick was everything it’s believed to be. And maybe it stayed that way after that, but the anglers will never know. They simply couldn’t fish it because of significant wind and waves.

Sustained northwest winds well over 20 mph and gusts in excess of 30 mph ripped right down Pickwick, causing 4-foot waves in many sections. Most anglers simply couldn’t stand and fish in those conditions, and the ones that tried weren’t able to fish effectively enough to get bit.

“I caught all my fish off my first spot of the morning,” says Michael Wooley. “I tried hitting a second, but I couldn’t fish anymore of my offshore spots after that. I’d say I had at least another 10 spots that were unfishable. Some of them have some big fish on them.”

Walmart pro Mark Rose shared a similar sentiment, as the wind didn’t allow him to fish many of his deep schools effectively. However, he was surprised at how it did turn on a few shallower offshore spots.

“The wind made the shallower stuff better, but that’s not the good stuff,” says Rose. “I have some spots with some good fish that I feel I could’ve upgraded on today.

“Hopefully the wind settles down so I can hit it tomorrow. If it continues to blow like this all night it could affect the fish tomorrow.”