A planned vacation turned into a first win for Keith Diffey. 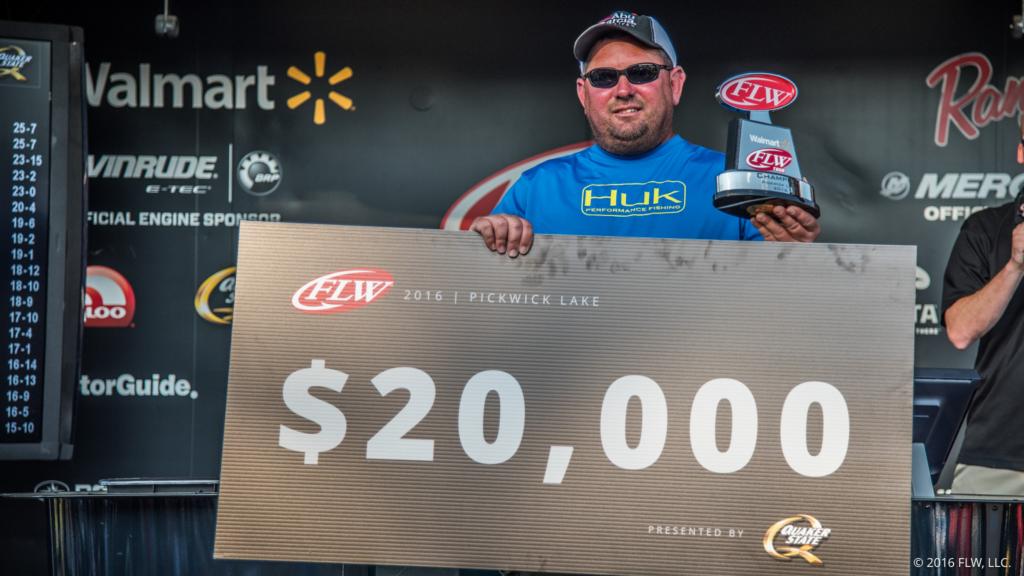 A planned vacation turned into a first win for Keith Diffey.

An avid co-angler in the Costa FLW Series Western Division, Diffey was looking to visit friends in Tennessee when he realized the Walmart FLW Tour event presented by Quaker State and hosted by Florence/Lauderdale Tourism on Pickwick Lake wasn’t far away. So he decided to plan the getaway around the event so he could also fish it.

The audible turned into a lucrative one when he sacked up a two-day total of 25 pounds, 7 ounces. That actually tied him with Tyler Meredith. A larger single-day weight turned the tide in Diffey’s favor, though, giving him his first co-angler victory in his first FLW Tour event and a check for $20,000.

Diffey threw an assortment of “confidence baits” he uses on the California Delta and Clear Lake. A rainbow shad-colored Keitech Swing Impact FAT swimbait – a Clear Lake staple – was the deal for the Elk Grove, Calif., angler on day one of competition. Fishing with Pete Ponds, Diffey worked the swimbait along shallow grass lines. He only caught four keepers, but they were the right size. A 5-pound kicker late in the day boosted Diffey to 12 pounds, 5 ounces, sitting him in fourth place.

On day two, Diffey found himself in the back of Scott Suggs’ boat fishing deep ledges throughout the day. The swimbait was a key bait again, but a shaky head rigged with a creature bait caught the big bite. Another late-day kicker weighing 6 pounds bolstered his day two catch, and despite bringing in only three bass he’ll leave Tennessee with a new trophy.

Buddy Gross's leading pattern on the pro side