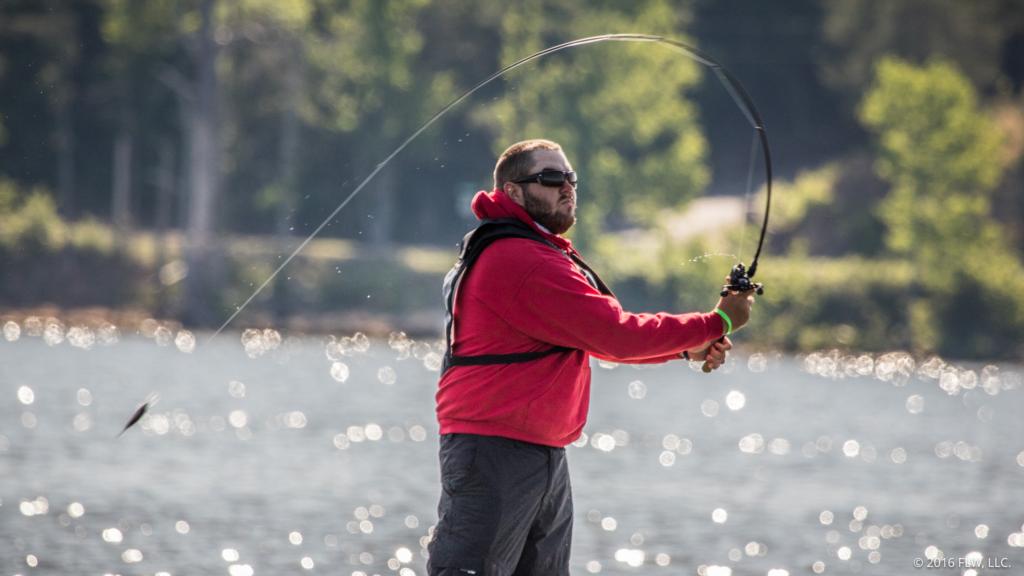 While rookie Buddy Gross leads the Walmart FLW Tour event presented by Quaker Sate and hosted by Florence/Lauderdale Tourism on Pickwick Lake, his own roommate, Michael Neal, is hunting him down to take the lead. 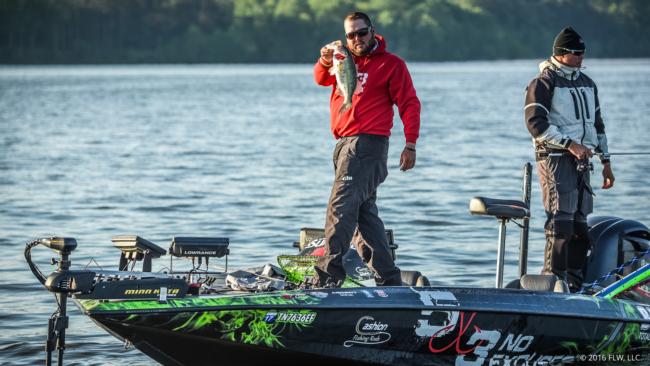 Michael Neal can only smile and shake his head as he is reminded that his roommate is leading the tournament on the very lure Neal told him about some time ago.

“As travel partners we share information about patterns and lures, but not spots,” Neal says. “I may have helped him with the lure, but he found the fish he is catching on his own. He has a big lead, but we razz each other pretty hard about who is beating who on each tournament day and I don’t like being behind him – it’s like the tournament within the tournament and this week the stakes are pretty high.”

Despite mechanical difficulties, which hampered Neal today starting at about noon, he still managed to bring in 14 pounds, 14 ounces for a two-day total of 37-14 to keep Gross in his sights.

“Nine pounds is a nice lead, and I’m happy for him, but I still believe the fish are moving out towards me and two days is a lot of fishing time to close that gap,” Neal says. “A lot of my better places from yesterday muddied up with that wind so I went checking a lot of other places today. I found one more good place just before I had mechanical issues so I know they’re showing up on places that were not good just two or three days ago.”

Neal believes if the TVA would run some current through the system, it would help him find one of those untapped places where the fish are moving.

“I have to believe in the next day or two I’m going to run across a spot where some fresh ones have just stacked up,” Neal adds. “If that happens, I might be able to gain some ground on my roommate.” 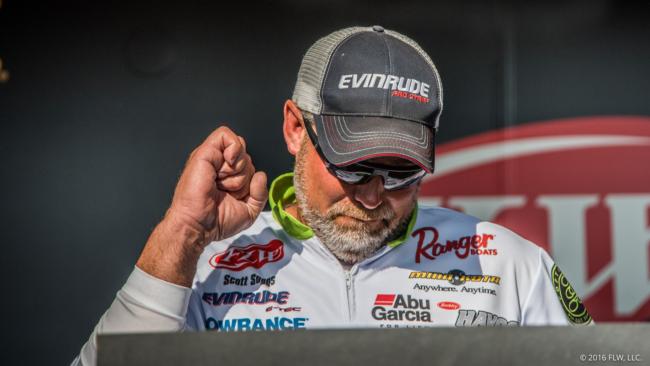 After getting a little help from a blistering shad-spawn bite yesterday morning, Suggs had to go offshore today to grind up four bass for 15 pounds, 2 ounces. Suggs’ catch confirms what many have said about the offshore bite on Pickwick this week: the bites out may be few and far between, but they are big when one nibbles.

Suggs says he spent much of the day on shallow shell bars on the “lip” of the river and he believes one reason the fish are not ganged up thick is because of the hard northwest wind.

“Obviously, the fish here feed in the current, which is always flowing in one direction,” Suggs opines. “But I think when that current is not running and the wind starts blowing hard like that from the opposite direction, it freaks those fish out a little bit and they don’t bunch up as tight.” 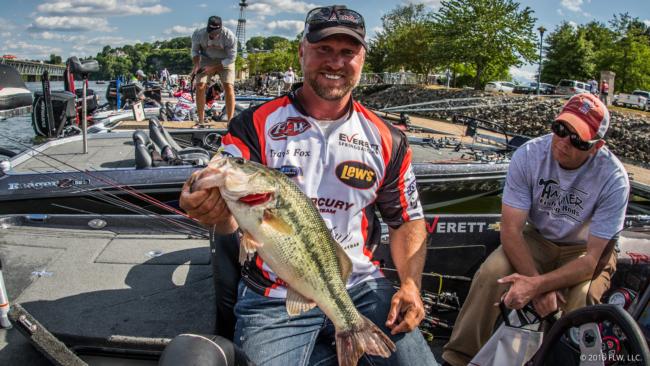 After catching 21 pounds, 5 ounces on day one, Travis Fox wanted to make sure he came in with five bass today to ensure a top-20 cut. With that, he went into “survival mode,” and spent much of the day fishing shallow.

Once he caught four bass from the shallows, he headed out offshore and added a 4-pounder to seal a limit for 13 pounds, 12 ounces, which actually moved him up a spot to fourth place.

“I’m really not on anything special,” Fox says. “I’m just keeping my head down, fishing and trying to survive to fish another day.” 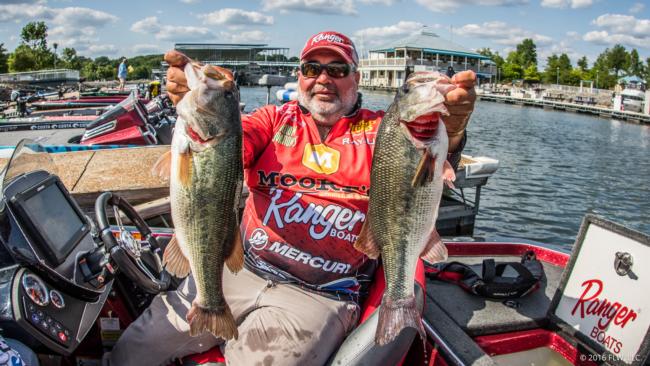 Horton started his day out deep, but struck out early. From there, he ran to an 8-foot bar where he says the shad have been spawning intermittently. That move resulted in three solid keepers. Once his shad spawn bite died, he headed out deep again to score a keeper and 5-pound kicker.