Where to Catch Bass on Lake Champlain

The rundown on one of the best lakes in the world 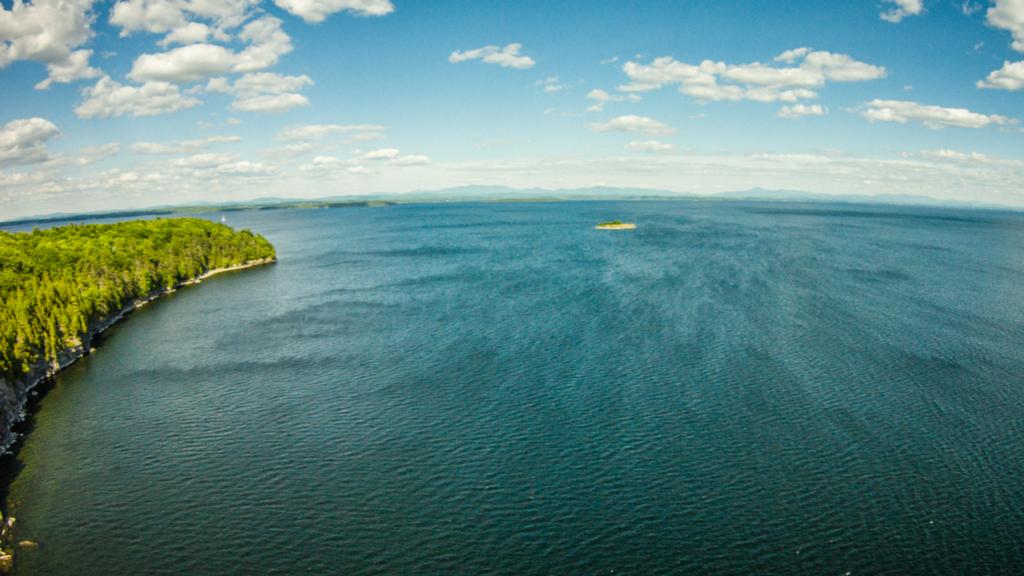 Stretching 100-plus miles from its beginning down south at Whitehall, N.Y., and running all the way up to the Canadian border between the Green Mountains of Vermont and the Adirondacks in New York, Lake Champlain is a giant of a lake. Though the competitors aren’t allowed to venture into Canada, there is still plenty for anglers to break down for the opening tournament of the Costa FLW Series Northern Division. From south to north, here’s how the lake lays out. 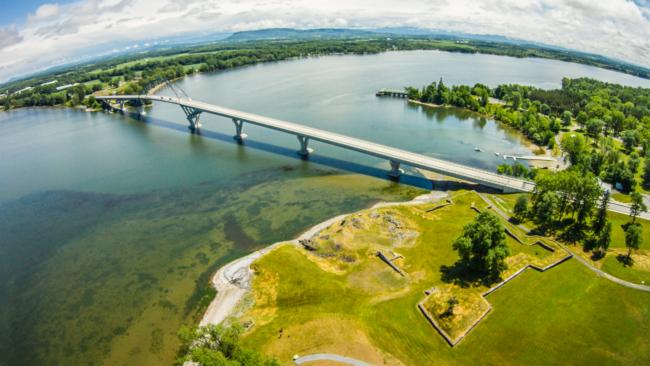 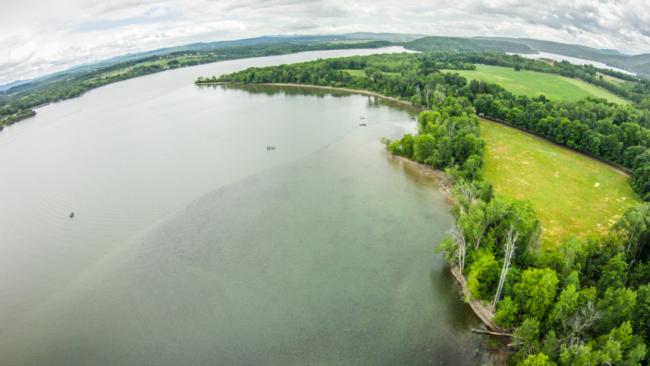 Roughly delineated by the Champlain Bridge, the south end of the lake is best known for its proximity to Ticonderoga, N.Y., and Fort Ticonderoga. Often simply called “Ti,” the southern end is home to some of the best largemouth fishing in the lake.

The lake essentially starts out as a big river, bearing striking similarity to the Potomac, but without tides. Typically, the shallows are loaded with milfoil and other types of grass, and the bass are right there in the mix. The south end is also muddier than anywhere else on the lake, though clear water can often be found if you go far enough into the grass.

Ticonderoga is a long run from takeoff in Plattsburgh, but it can be worth it. Many wins and checks have come from its fertile waters. 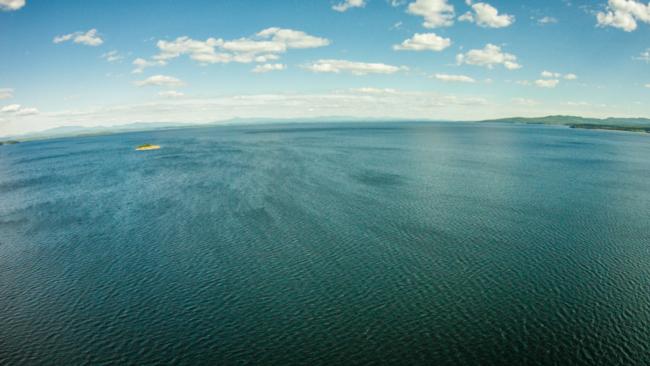 Deep and clear, the big part of Champlain begins roughly at the Champlain Bridge and stretches north past Burlington, Vt., and at least to Plattsburgh. The deepest point of the main lake is more than 400 feet, and much of it really isn’t good for bass fishing. In particular, most of the New York side hugs the mountains and is very steep with little shallow territory for bass to live. The Vermont side of the main lake is more similar to the northern stretches, with some grass in a few of the bays and river mouths and shallower flats that can hold smallmouths. Even so, it isn’t as productive as the north end and even more subject to being ravaged by the wind.

Usually the main lake doesn’t play much in bass tournaments, but this time of year fishermen will often run north from a takeoff in Ticonderoga to target spawning smallmouths (this week’s event is out of Plattsburgh up north). It would be no surprise at all to see that be a bit of a factor this week. 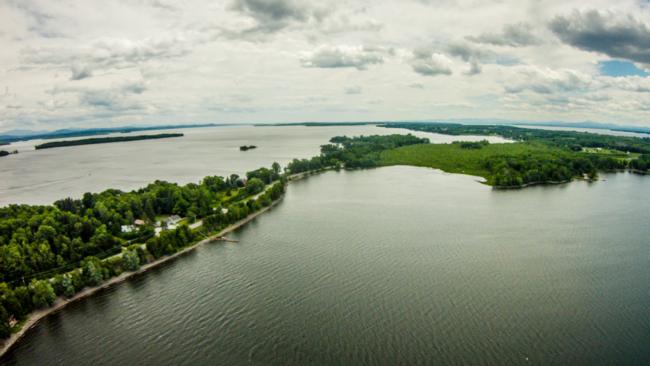 The Inland Sea and the north end

As Champlain runs north, the lake begins to broaden and is broken up by a string of big islands that essentially divide the lake into the Inland Sea, which is solely in Vermont, and the upper reaches of the main lake, shared by Vermont and New York. Mallets Bay is nestled at the south end of the islands, and it is geographically pretty unique, with more bluffs and cliffs that drop into deep water than the rest of the north end, but the fishing there isn’t too different from elsewhere up north.

Throughout the Inland Sea, the water is generally shallow, and there is a legit chance to catch a 4-pounder of either species within about 100 yards of each other. With big flats of grass and rock and lots of grass in the bays, the Inland Sea is a great area to fish and a really good place to escape from the wind and the waves a little bit. 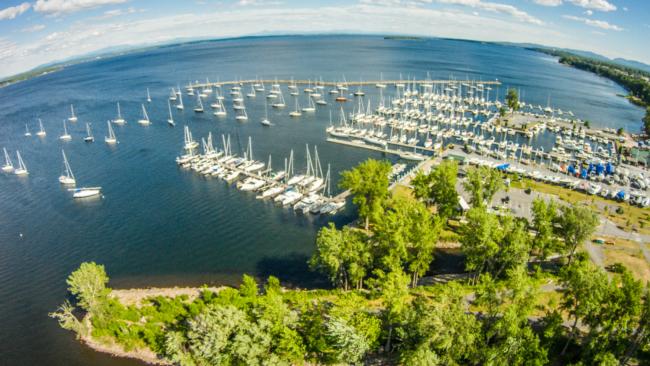 Takeoff at the Plattsburgh City Marina makes Plattsburgh, N.Y., a critical location, but it isn’t likely to be too key for the actual fishing. Though there are plenty of bass around Plattsburgh (mostly smallmouths), it’s roughly positioned on the transition between the steep New York shoreline of the main lake and the flatter, more productive north end. While tournaments have been won near Plattsburgh, it certainly doesn’t have the pedigree of some of the other parts of Champlain. 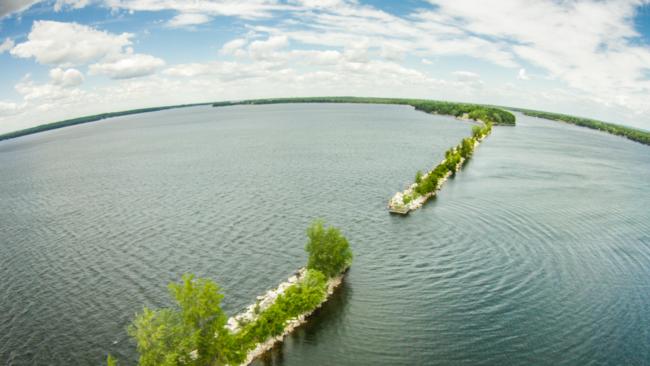 The Gut, Carry Bay and the Alburg Passage

There are three ways to get from Plattsburgh to the Inland Sea. The first is to run south below the islands and cross through between Mallets Bay and South Hero (the southernmost of the big islands). The other two are passages between the islands. The closest and easiest for anglers is the Gut. North of that, the Alburg Passage (pictured) leads up toward the north end of the Inland Sea and the mouth of Missisquoi Bay.

Both Carry Bay and the Gut are loaded up with grass and largemouths, but the openings to the big lake also have plenty of smallmouths on them. Because of the old railroad causeway that runs up the islands, the current flowing out of the Inland Sea (east to west at the causeways and turning toward the north) is concentrated at a few gaps, and those gaps concentrate bait and bass. They’re well-known areas, but they’re sure to produce plenty of bites this week. 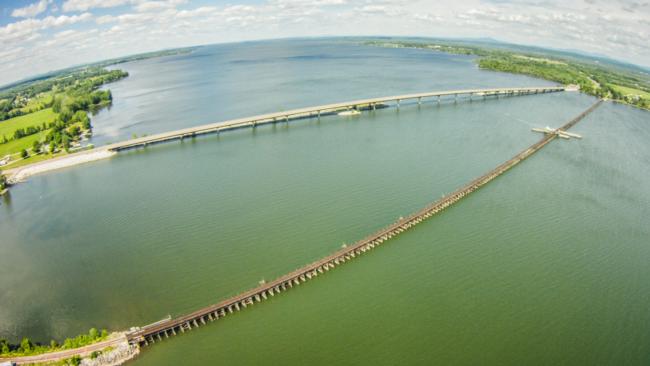 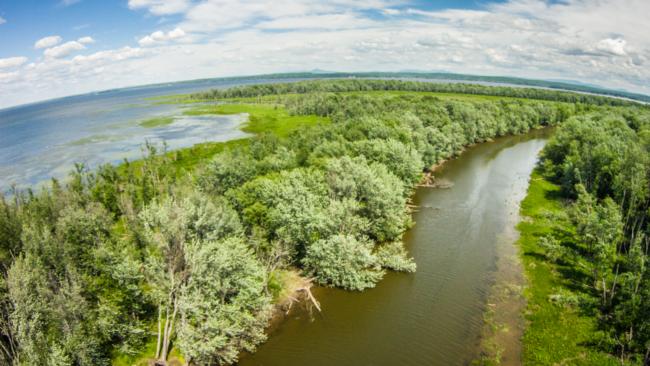 The far northeast corner of Champlain is a special one. There, the Missisquoi River flows into Missisquoi Bay. It’s home to some of the best largemouth action in the entire north end. The river delta can be very productive, though this year some parts are super-shallow and difficult to access, and the river itself holds fish as well. In fact, in last year’s Costa FLW Series event on Champlain, both Gerald Spohrer and Otis Darnell finished in the top 10 with bass caught at least in part in the river.

The bay away from the river can also be very good. There’s a lot of shallow rock and grass, and the water is a little dirtier than the rest of the north end. All that makes it a prime place for largemouths (and some smallmouths) to live, which will for sure attract a bunch of anglers. 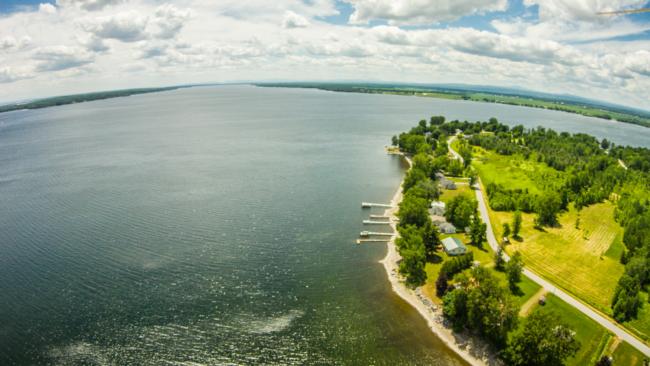 Just north of Rouses Point in Canada, Champlain turns into the Richelieu River and flows on toward the St. Lawrence. Just south of that, basically cut off by the Rouses Point Bridge and stretching south past Isle La Motte, the contours flatten out a bit, and abundant rock, grass and bait make for arguably the best smallmouth fishing on the lake. There are largemouths as well, but places such as Point Au Fer (pictured) have hundreds of yards of prime offshore rock and grass that are perfect for smallmouths.

From possible spawning smallmouths up shallow to roaming bass eating a topwater or big ones on deeper offshore rock piles, you can expect a lot of brown weight to come from this part of the lake.