Secret craw and good boaters were the keys 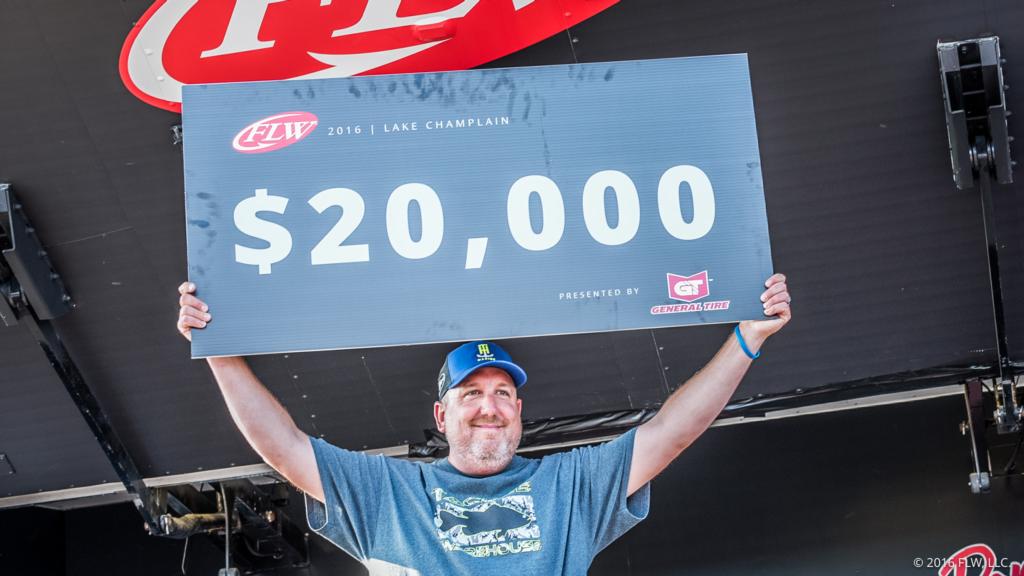 With 103 events fished with FLW and seven years on the Walmart FLW Tour as a pro, Al Gagliarducci has given himself plenty of chances to see a win. This week, fishing as a co-angler in the Walmart FLW tour event presented by General Tire on Lake Champlain, the West Suffield, Conn., native finally got a win with a total of 33 pounds, 11 ounces of smallmouths over two days.

Gagliarducci was paired with pro Barry Wilson on day one and Glenn Chappelear on day two, and the fishing fell right into his hands on both days. Each day, his pros were around plenty of spawning smallmouths on the north end of the lake, and he was able to pluck enough cruising and bedding bass for stout totals of 18 pounds and 15-11.

“I just had two great boaters. That was about it,” says Gagliarducci. “They were around loads of fish. I was just using my eyes. I probably caught 10 or 12 fish today and more yesterday.”

Gagliarducci says he caught most of his fish on a secret craw in a special color that he got from pro Luke Dunkin, who he stayed with this week. It was so good, or the smallmouths were so aggressive, that he could usually catch each bass with only one cast.

Though he’s got some of the $20,000 check ticketed for a new garage, getting the win was hardly the highlight of the week for the veteran angler.

“I fish just to see everybody,” says Gagliarducci. “I’ve got a lot of good friends here, and I’m just having fun. The best part of this week was staying with Stephanie and Wesley Strader and Luke Dunkin and seeing so many of my friends.” 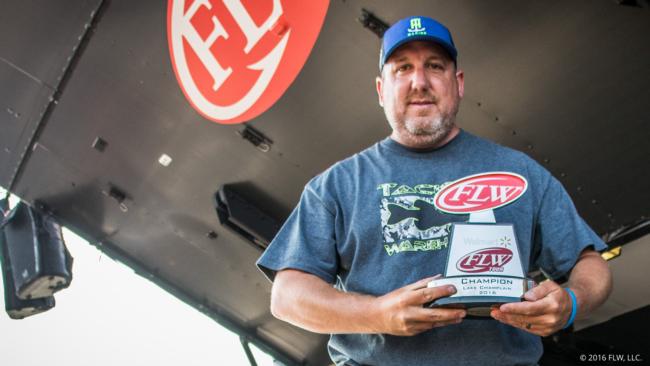