Thrift takes the title at home 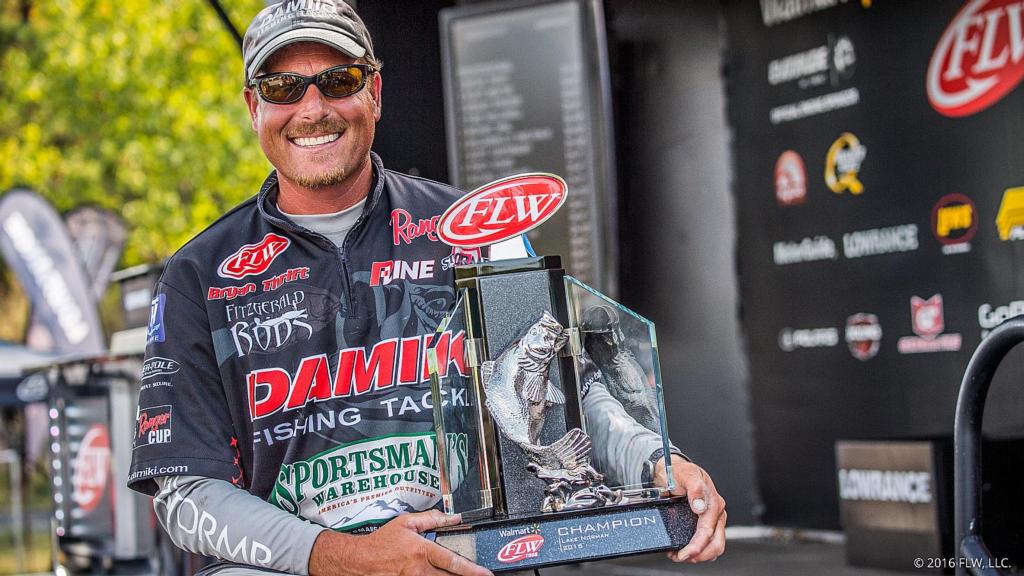 When Bryan Thrift of Shelby, N.C., hit the FLW Tour as a rookie 10 years ago, his unusual fishing style immediately drew the attention of fishing fans, media and, of course, his competition.

Thrift’s fishing approach was completely idiosyncratic, bolstered by multiple stops at a blistering pace. Many times his “fishing” did not look like fishing in the normal sense of the word. Instead, it looked like an extreme exercise in repetition: run, stop, trolling motor down, three casts, trolling motor up, run…repeat 50 times per day. The sheer number of miles he covered in a day was downright bewildering.

At first, his high-speed pursuit of a fish that seldom swims faster than 5 mph left a lot of people scratching their heads.

“What’s that kid doing?” some would ask.

“He is just running around like a mad man,” others would say.

Ten years and nearly 2 million dollars in winnings later, no one questions Thrift’s brazen high speed run and gun any more. Today, he once again proved that his turbo speed pace applied across dozens of stops per hour is his winning formula by claiming victory in the Walmart FLW Tour Invitational presented by Lowrance on Lake Norman. It’s the same approach that brought him his first Tour win here on Norman in 2010 as well as a Tour win on Eufaula in 2015 and his Costa FLW Series win on Santee Cooper back in March. 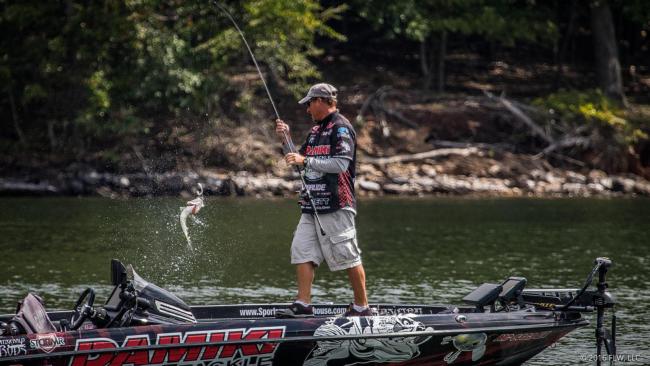 “That’s why I love Norman, it just suits my fishing style so well,” Thrift says. “There is so much to fish here, it never gets old.”

Lake Norman suits Thrift’s style because, in essence, Norman helped mold Thrift’s fishing style. One look at Lake Norman and it doesn’t take long to understand why. Norman is a compact lake slammed full of cover and bass. In all areas and at all depths the bass can live on anything and everything from 40 feet to 4 inches.

Thrift has fished the lake all his life and has limitless places he can throw a lure to. The only way to even begin to put a dent in his exhaustive list of docks, brushpiles, rockpiles, clay points, laydowns and multiple offshore waypoints is simply to fish as fast as humanly possible.

The key to Thrift’s success is the speed and efficiency in which he carries out his mission. To him it’s not as much of a pattern game as it is a numbers game of making presentations to cover. He knows the exact line up on an offshore spot, casting angle on a rockpile or skipping lane on a dock. And he only needs a few presentations to sample each spot. 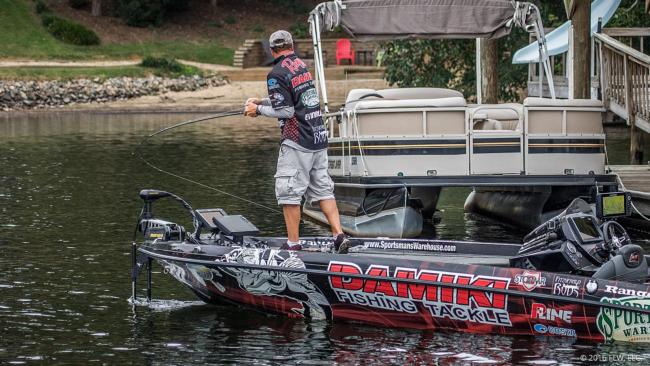 Like a computer programmer, each day Thrift tweaks his runs and rotations to maximize his efficiency and consistency. This week he weighed in bags of 11-5, 11-12 and 11-11 to close out victory with 34 pounds, 12 ounces.

Thrift’s winning arsenal included a 4-inch Damiki Anchovy Shad swimbait threaded on a 3/16-ounce jighead. He fished the swimbait on 8-pound test P-Line and used it to target offshore brushpiles and rockpiles in about 15 feet of water. He also cranked the offshore sweetspots with a crankbait that runs 10 to 15 feet and dragged a ½-ounce jig through them as well.

When running banks he resorted to a buzzbait with a soft plastic trailer.

“The last two days I got a few more better bites running the bank with topwater,” Thrift says. “That first day I ran a lot of shallow water, but I just didn’t get any good bites fishing that way.”

In terms of having his fishing style dubbed a “numbers game” Thrift just grins and says, “I love it. I cast up there where one is supposed to be and he either bites it or he doesn’t. And then I go on to the next one. If I hit enough of spots, I figure I’ll eventually catch a good one.”