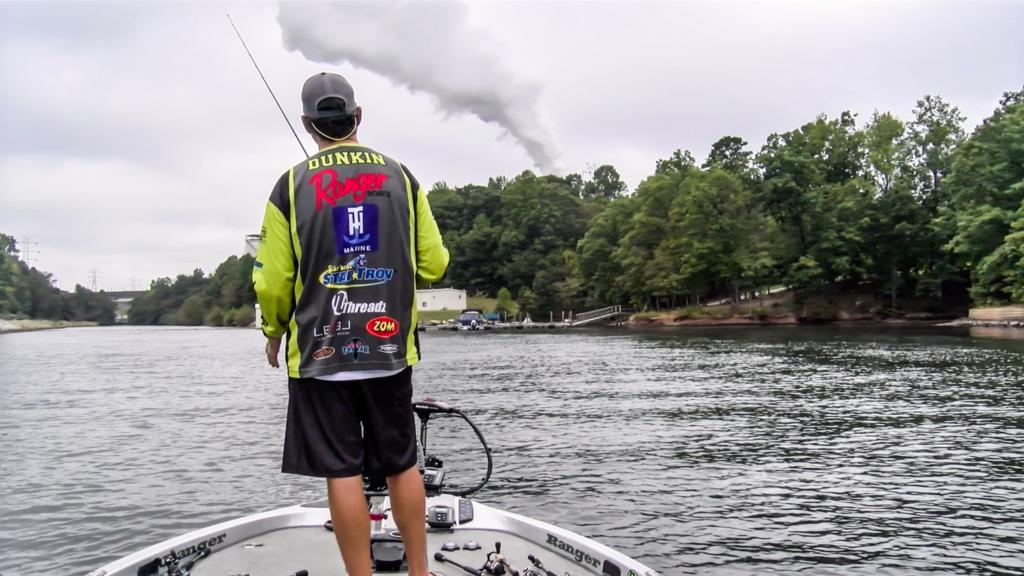 Luke Dunkin had heard about them, but he didn’t really think they were real. After all, who thinks bass will hang out in 100-degree water?

Count Dunkin among the believers in Lake Norman’s two “hot holes” now, based on what he experienced at the Walmart FLW Tour Invitational on Norman last week. 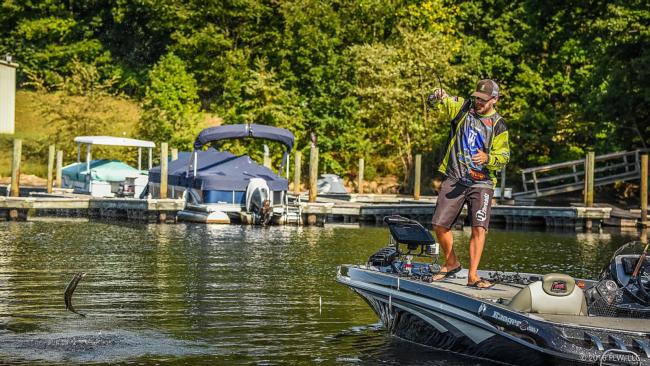 Norman’s bass don’t bend to conventional wisdom in many ways, or so it seems. The saying with most locals is it’s just “stupid Norman.” Yet, of all its oddities, Norman’s “hot holes” – the areas near the discharges from its two power plants – might be the biggest head scratchers.

Warm-water discharges are not unusual, nor is the common occurrence of bass and baitfish congregating around them. What is unusual about the hot holes at Norman is that, according to local Shane LeHew, bass use them when the temps on the main body of the lake are the hottest of the year.

“It doesn’t make any sense, but when the lake is tough is when the hot holes are the best; usually from now until early November,” says LeHew, who fished the hot hole near the nuclear plant throughout the Invitational. “The bait run up there because of the current, and the bass are stupid enough to follow them. I mean, so much bait gets in there that if it was on the surface you could walk across it.” 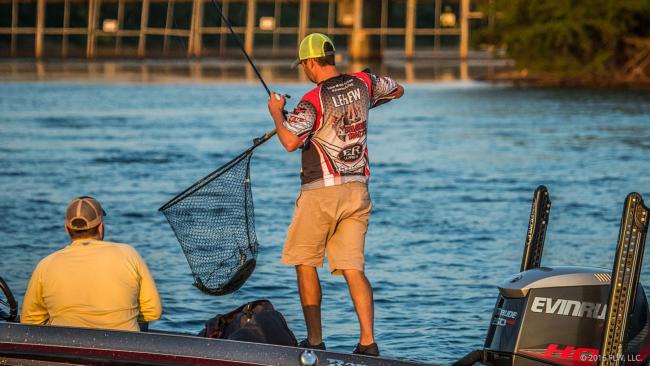 So how hot are we talking in terms of water temperature? The water in LeHew’s hot hole was 95 to 97 degrees, and where Dunkin fished it was cracking 100 degrees. Dunkin says there was steam coming off the water all day, and dead shad would float up constantly, basically boiled in the even hotter water closest to the discharge.

Despite the heat, the abundance of bait makes both locations incredible schooling areas, with both spotted bass and largemouths busting bait all day long. Dunkin says he and Wesley Strader went in there in practice, having heard they could be good, but at first both thought there was no way a bass could live up there, and if it could, it’d be a small spotted bass. A school came up busting as they were checking it out, and Dunkin was rewarded with a 3-pounder and 4-pounder – hooked on the same lure. That was enough to sway him.

Yet, as great as the fishing can be, the stress of fishing in those holes can be too much for some.

“It was so stressful for two reasons: fish care and lost fish,” Dunkin says.

Hot water stresses bass out, and that hot water in a livewell is even worse. Dunkin says he had to plan ahead for special measures to keep fish alive, bringing three bags of ice, five frozen water bottles and plenty of G-Juice livewell treatment to keep the water and bass cool in his livewell.

The heat also makes bass’ mouths softer, according to Dunkin. He believes that hooks pull out easier in such situations, especially on bigger fish. Despite making the top 20, Dunkin figures he could’ve made the top 10 had he not lost as many fish is he did during the three days.

Still, it was an experience he’ll never forget.

“Never in my life did I think I’d get on a 95-degree dead-shad pattern in summer,” Dunkin jokes.