It's a grab bag of patterns on Norris 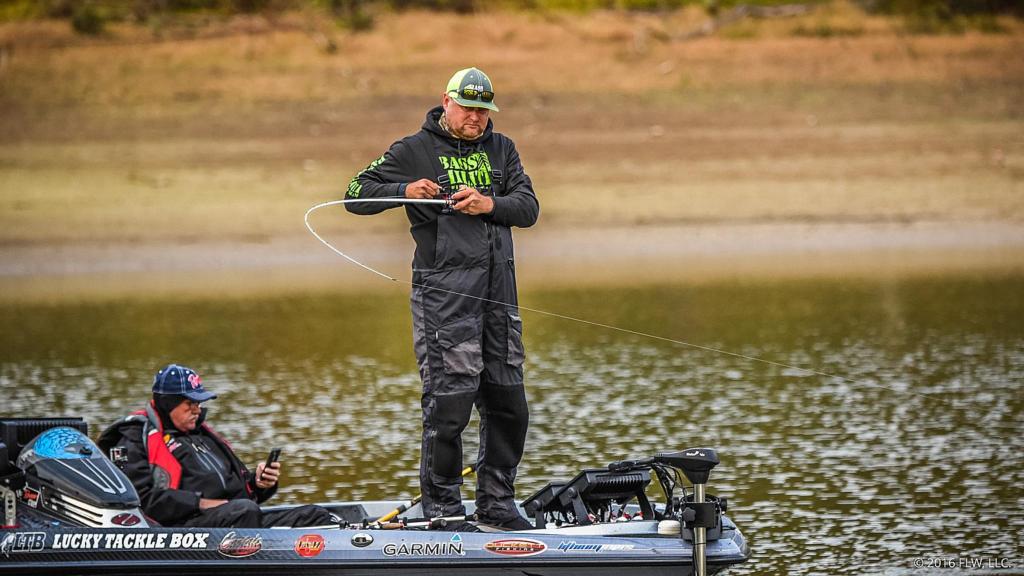 After an ultra-tough day one at the Walmart FLW Tour Invitational presented by Quaker State on Norris Lake, many pros commented that if the weather was colder, the fish would bite better. On day two, Mother Nature tested that theory with a 30-degree temperature drop, and as it turned out, the anglers were right. The sudden blustery chill helped produce 11 more limits over day one and 11 more bags over 10 pounds than on day one.

Tournament leader James Watson of Nixa, Mo., has been steady at 13 pounds plus per day giving him a 3-pound, 2-ounce edge going into the last day.

Meanwhile, those in pursuit Watson hope to catch him with an array of different patterns. Here is a look at how the rest of the top five is fishing on Norris Lake. 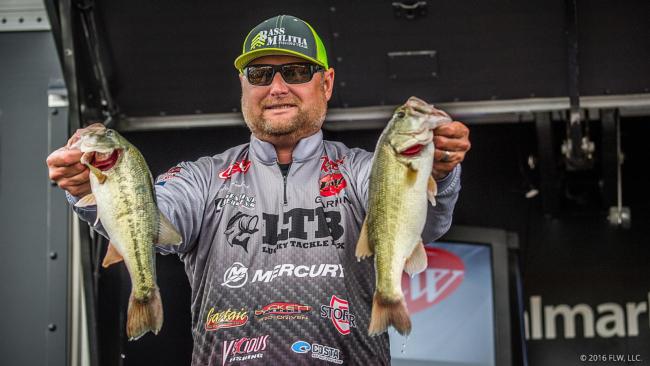 Jason Lambert has located a solid school of deep structure fish, but has mostly laid off of them in hopes of putting the pedal to the metal on the final day. He is catching the fish in 12 to 15 feet of water “Tennessee River style” with a Strike King 6XD crankbait.

Lambert cranking on day one

On day one, Lambert caught his limit from the school in about 15 minutes. Today, when he returned, he caught two solid keepers on his first cast.

“I caught a double to start the day, which was a huge bonus,” Lambert says. “I caught two more, then I got hung up in the juice and kind of boogered the place up. I decided to leave it alone for a while and let them set back up. But after I caught a 2-pounder on a buzzbait a little later, I figured I better leave it alone until tomorrow.”

Lambert’s key spot is a drain that runs through a flat with a big rock pile on the edge. Contact with the rock from the 6XD seems to be the key in triggering the bites.

“I honestly don’t know how many fish are there,” Lambert says. “I have only fished it for maybe 40 minutes total over the last two days and pulled nine keepers off of it. I haven’t really slowed down and grinded on the place at all. But I’m going to really lean on it tomorrow to see what’s there.”

In terms of catching Watson, Lambert is a bit skeptical.

“The only problem is all of the fish there are cookie cutters,” he adds. “Five fish from that spot weighs about 11 or 12 pounds and I’m three pounds back. It’s a really good spot, but I don’t know if it has the potential to catch James [Watson]. I’ll need to get a good 4-pound bite to have a shot.” 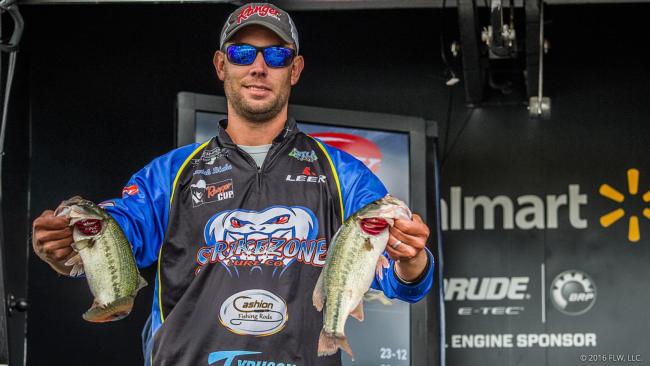 Derrick Blake moved up a spot to third place with an 11-pound, 4-ounce catch today.

Blake stuck to his run and gun approach on the same targets – laydowns, stumps and docks – but made a bait change to topwater.

“Norris is one of those lakes where the fish bite better when it gets cold and nasty,” Blake says. “We had a little bit of that with the weather change today – clouds and cool wind – and it seemed to help the topwater bite. Instead of just pitching a jig to everything, I switched to a buzzbait and slowed down, spending a little bit more time in key areas.” 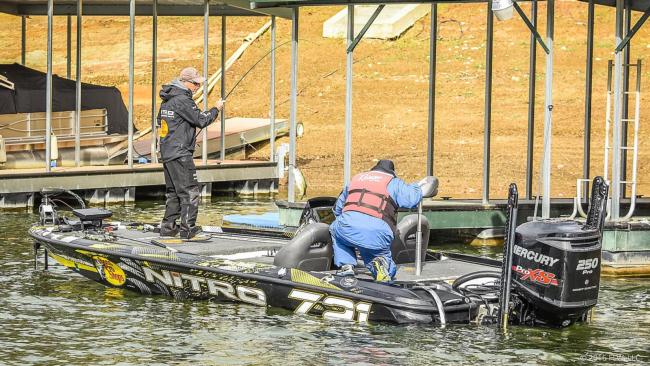 Tracy Adams moved from seventh place to fourth with a 12-pound, 5-ounce catch on day two.

Adams has found success on Norris pitching docks with a finesse jig. He says his better day was a result of switching from 14-pound-test line to 17-pound-test.

“These cables on the docks here are pretty rough on line,” Adams says. “I broke two good fish off yesterday with 14, so I upgraded to 17 and got them all in the boat today. I prefer to use 14 in water this clear, but I can’t risk it on those cables.” 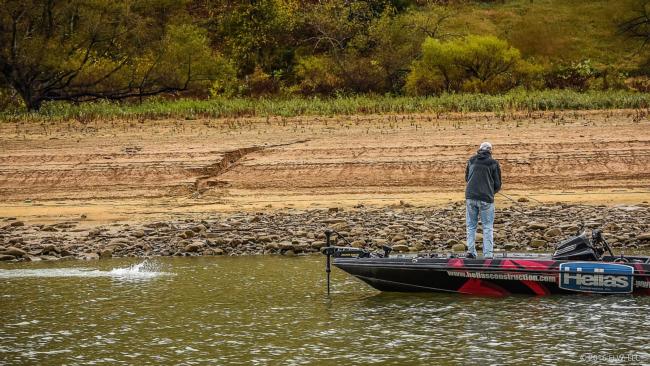 Wesley Strader held tight to his fifth place position from day one with an 11-pound, 2-ounce catch on day two.

Strader to continued to run and gun rock-lined banks with a buzzbait this morning. After securing his limit, he switched to pitching a Zoom Z-Hog Jr. on the same rock banks and ended up culling out every fish he caught on the buzzbait with better ones on the Z-Hog Jr.