A closer look at what the top five are doing 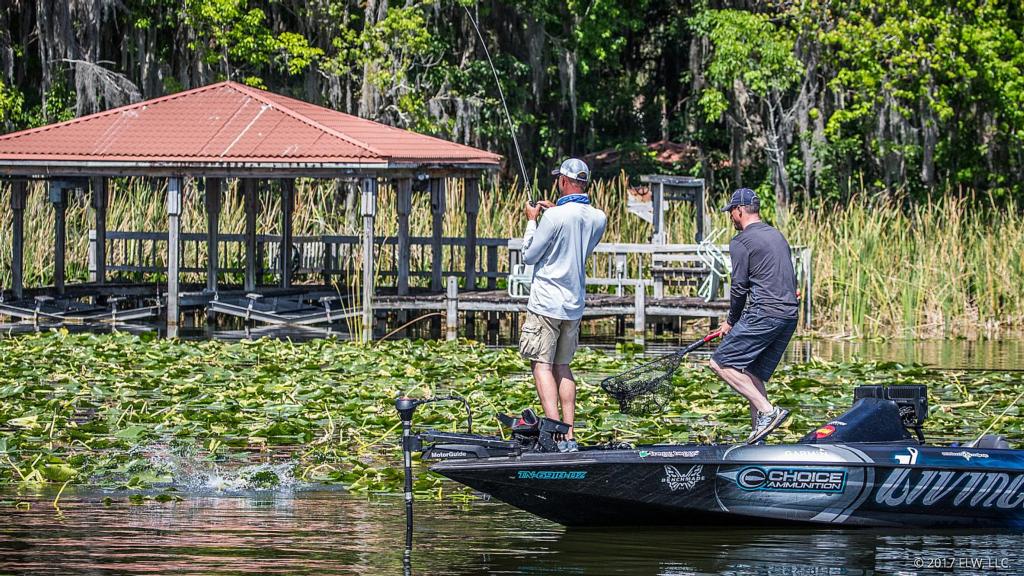 Day one of the FLW Tour presented by Ranger on the Harris Chain of Lakes was a huge departure from practice in terms of the wind, which finally laid down after blowing gusts to 30 mph for three days of practice.

That change not only helped John Cox climb to the top, it also helped several others in the top five who were finally able to fish areas that got lashed during practice. Here’s a closer look inside the top five. 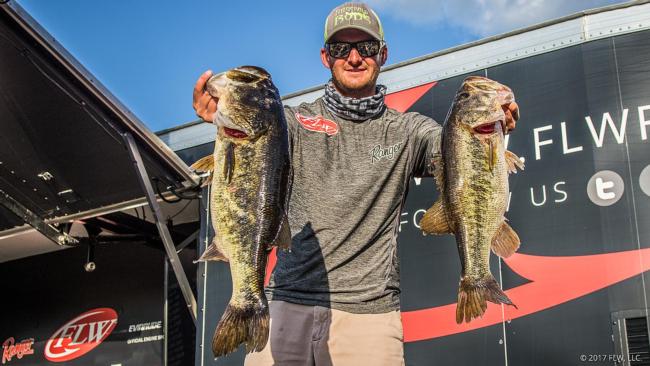 “It was just my day,” Lehew says. “I had no idea I could catch anything like that today based on my practice. It was one of those days where I could do no wrong.”

“At one point I was fishing for a 13-incher on bed and a 6-1/2 pounder just barreled into the bed and I caught her on the second flip,” he continues. “Then this afternoon I was just riding down the lake, saw a little clump of weeds blown into this random bank, pitched into it and caught a 4 pounder. Everywhere I went I caught a big one.”

Lehew adds that his sight bass came off a Bizz Baits Killer Craw and he caught some fish casting a Bizz Baits Sassy Stick with a 3/16-ounce weight. 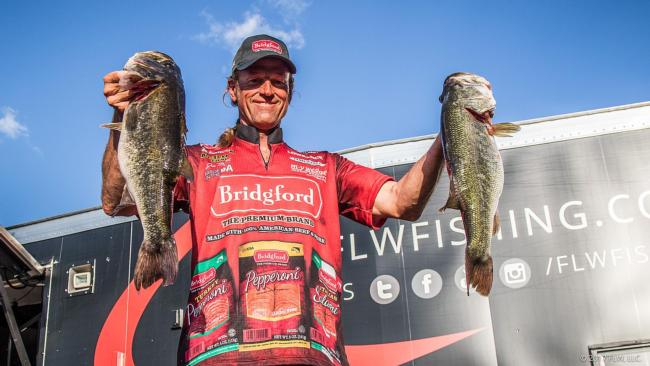 Jim Moynagh grabbed the third place spot after day one with 23 pounds, 9 ounces.

Moynagh made it clear he did not want to discuss many details from his day, except that he fished three different areas across two different lakes.

“I just put my trolling down and fished today,” Moynagh says. “I caught them sporadically throughout the day.” 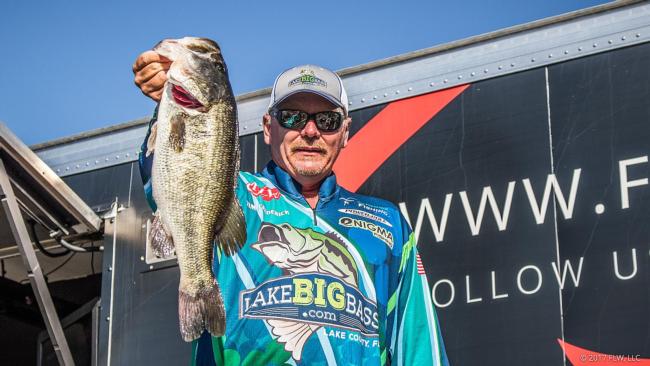 Local favorite Tim Frederick proved today he means business when it comes to catching them on his home pond. He weighed in a 21-pound, 15-ounce catch to start the event in fourth.

Of his limit, Frederick caught one off a bed and the rest came blind-casting to spawners he could not see.

“Today, I fished a lot of my out-of-the-way areas to avoid the boats,” Frederick says. “I just want to make it to the weekend. I think if I can fish these lakes with just 20 or ten boats on them, I’ll have a shot at winning. With just 20 or ten boats out here, this lake will really open up. I can run to stuff when I want to fish it without worrying about everything being covered up with boats.”

Frederick says a lot of the Harris Chain’s best areas are well known, but he just wants a chance to fish them without a lot of company. He is not too concerned about the fish being caught up in these popular areas because they are so prone to replenishing.

“Most of the spawn is over with,” Frederick says. “But we’ve got a moon coming on Sunday and that’s going to keep pulling a lot of fish in over the weekend. If some get caught the first two days, that’s fine, because more will move in, that’s just the way this place fishes. That’s why I want to make it ‘till Saturday with just 20 boats.” 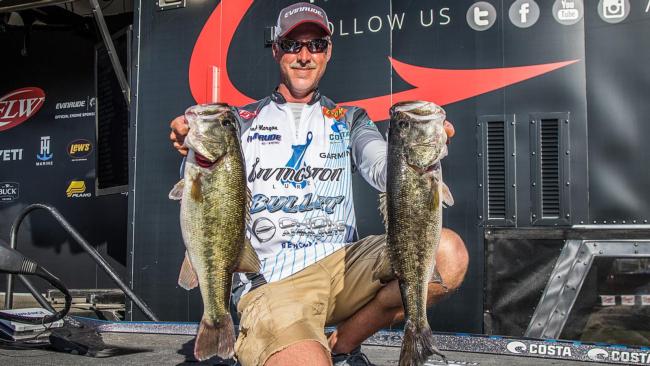 After taking a short little hiatus from the top 10 at Travis, Andy Morgan is right back to his fish-catching ways, posting 21 pounds, 13 ounces to start the Harris Chain event in fifth place.

Morgan took advantage of the calm conditions today to fish in areas that were pummeled by the wind in practice.

“I had a late flight today and that was a big bonus for me,” Morgan says. “By this afternoon the water had calmed down and settled out enough so that I could actually see the bottom for the first time this week; I ran across two big ones on beds that were one-pitchers – those were the difference makers in my bag.”