How the pros tempted smallmouths and largemouths on the Big Muddy 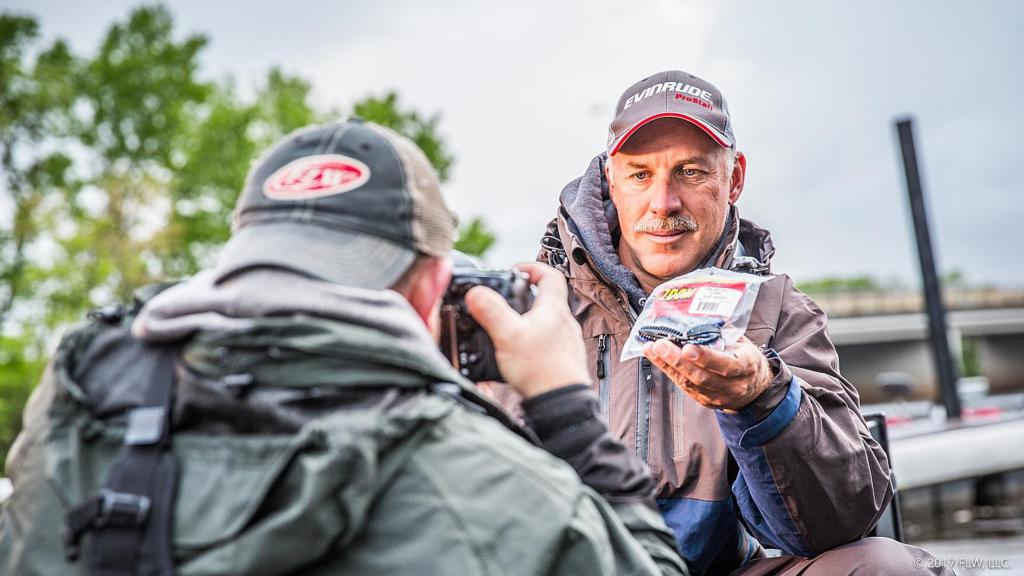 In what has become a familiar refrain for FLW pros, Mother Nature once again threw a curveball during the FLW Tour presented by Evinrude on the Mississippi River. Beautiful, sunny weather during practice gave way to cold fronts, rain and rising water once the tournament kicked off. For anglers still drying out from the deluge at Beaver lake, jigs and soft plastics again became the predominant baits when things turned tough and the weather turned sour. Swing heads, shaky heads, and creature baits also figured prominently in pros’ arsenals. 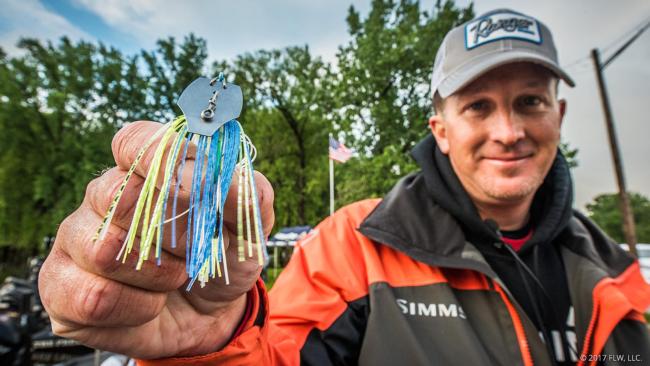 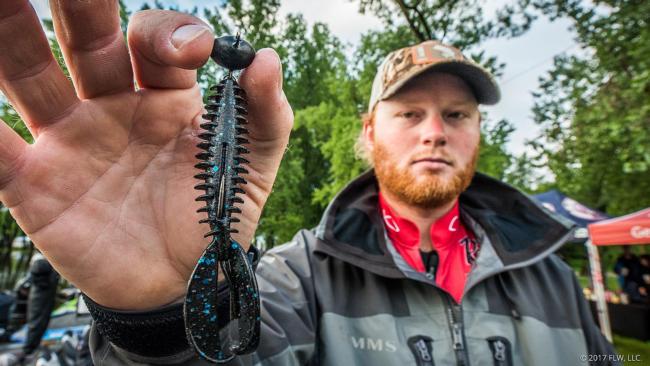 2. Josh Weaver of Macon, Ga. spent much of the tournament fishing wing dams on the south end of Pool 8 throwing a blueberry-colored Zoom Z Craw on a half-ounce swing head. 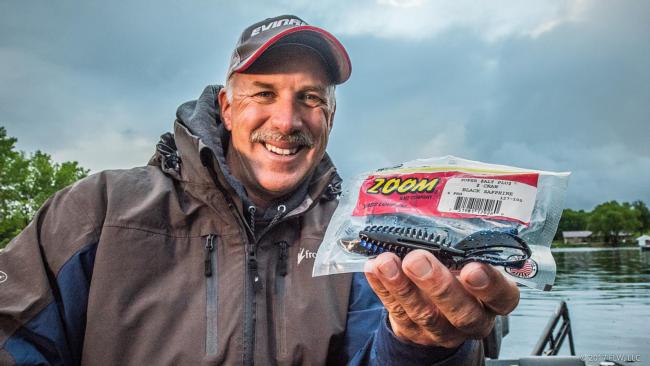 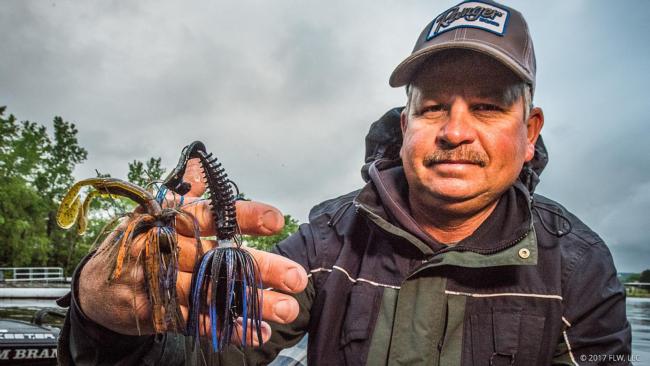 4. Todd Auten stayed in one section of Pool 8 for almost the entire tournament. The Lake Wylie, S.C. targeted flooded backwater grass lines and trees using a homemade ½-ounce vibrating jig in black and blue, along with a 3/8-ounce Zorro Booza Bug jig tipped with a Zoom Z Craw Jr. 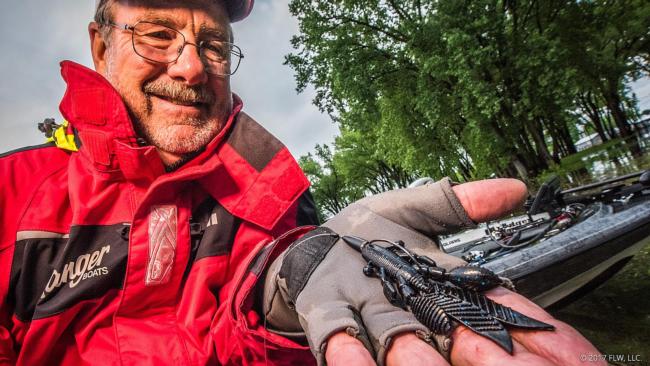 5. Larry Nixon of Bee Branch, Ark., used a 5-inch, Texas-rigged black and blue Yamamoto Flappin' Hog for the majority of his fish. 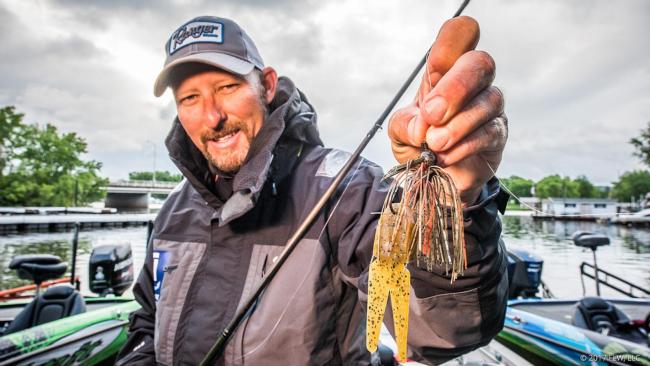 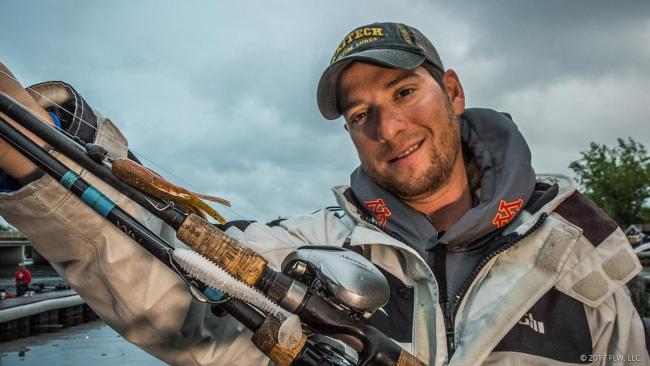 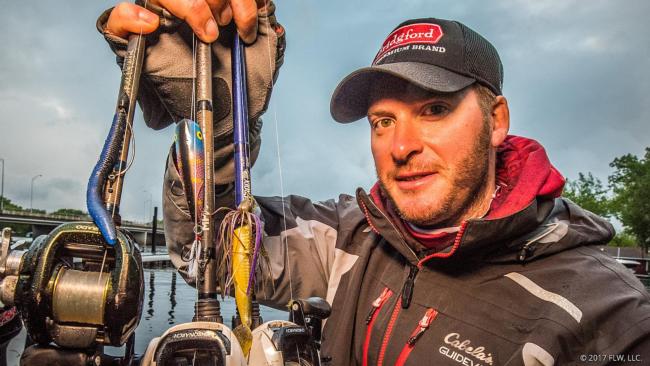 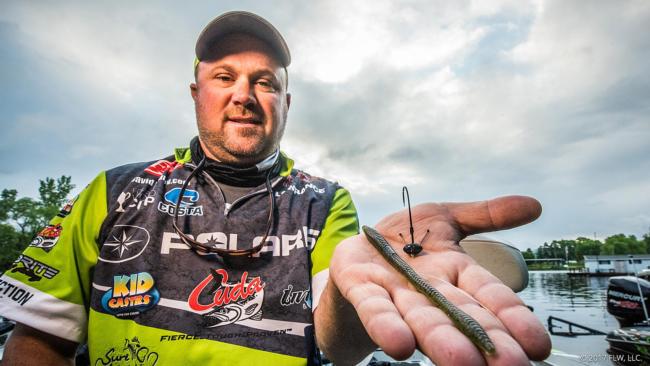 9. David Dudley caught his bags with his own design, a 3/16-ounce Perfection Lures Sure Hook Up Shaky Head with a watermelon and purple straight-tail worm. As he is wont to do, Dudley also caught a pile of bass on a wacky rig. 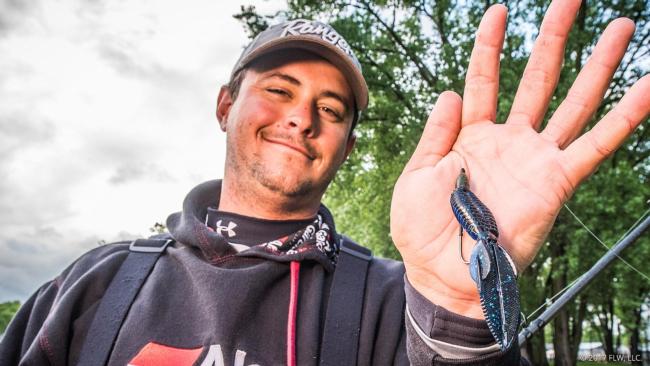 10. Justin Atkins keyed in on pitching to flooded shoreline brush with a Texas-rigged black and blue Reaction Innovations Sweet Beaver rigged with a 4/0 Gamakatsu hook and a 3/8-ounce tungsten weight.