Local updates on the playing field for the Forrest Wood Cup 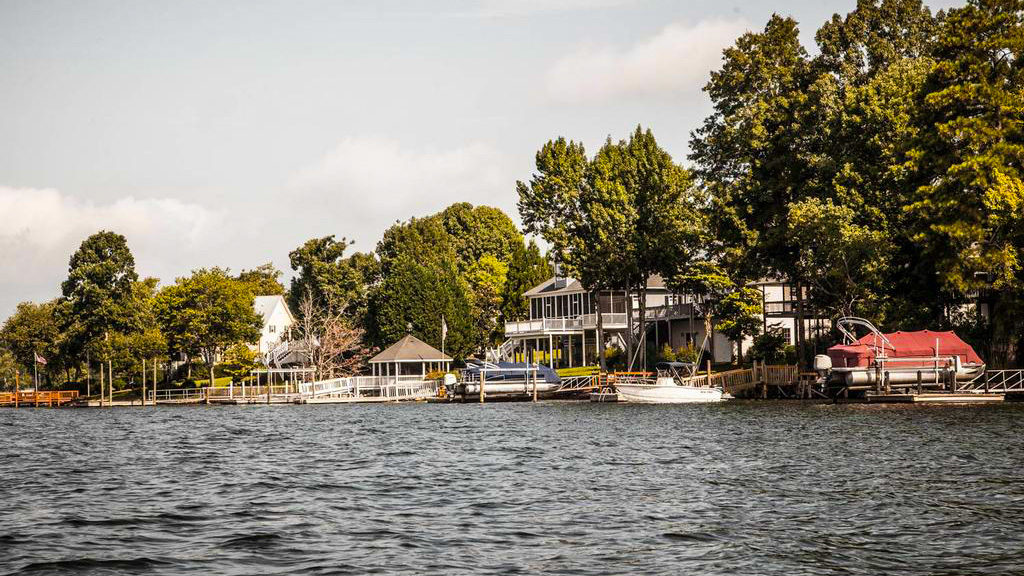 Pre-practice for the Forrest Wood Cup just wrapped up. Competitors were allowed on Lake Murray until July 24, and the lakes is off-limits again until official practice starts on August 6. Though Aug. 11-13 is when it counts, what a pro discovers ahead of time could well be key to a $300,000 payday next month.

We did some research, too, by reaching out to a few locals who’ve spent time on Murray recently, and early reports suggest a strong bite for this season’s championship event. 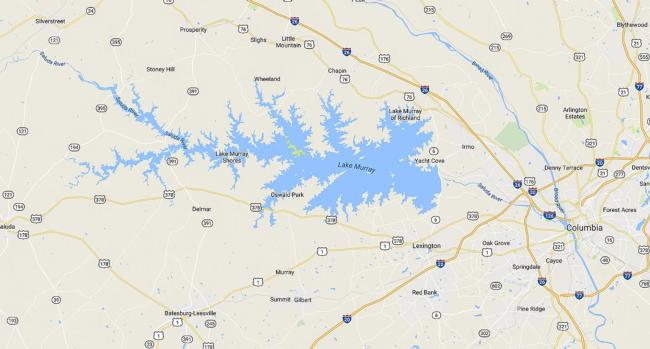 For the uninitiated, Lake Murray is a fairly typical Southern reservoir that sits at a high enough elevation to not be swampy but is lowland enough to not be a mountain reservoir. Most of its waters are clear, and it has a good number of cane piles, brush piles and docks. It also has plenty of grass along the banks, and that figures to be a major player this year.

The lake is big, about 50,000 acres, and the primary tributary is the Saluda River, which Steve Kennedy nearly made extremely famous in the 2014 Forrest Wood Cup when he ran way upriver and mounted a threatening comeback on the final day that came up just a bit short. Though there are a few spotted bass in the lake, don’t expect them to play – it’s a largemouth pond. As for forage, there are bluegills and shad, but the main player is blueback herring, which roam the open waters of the lake and can seem very random to the uninitiated angler.

A local and a longtime T-H Marine FLW Bass Fishing League competitor, Joey Sabbagha has a history of success on Lake Murray, including a win little more than a week ago in a large team tournament. Hailing from Prosperity, S.C., he’s well placed to offer an update on the lake.

Sabbagha’s primary takeaway is that the shallow grass bite is quite good right now, and pros such as Scott Canterbury who like to fish that way should have a good experience, at least right now.

“Right now the lake is fishing really good. We’ve gotten a lot of rainfall, the water is up and there is a lot of shoreline grass,” says Sabbagha. “I think that combination has really kept those fish from moving offshore. The offshore bite hasn’t been real good at all, and if you’re going to get a good bite it has to be shallow.”

All over the lake, the grass is growing better than usual. Sabbagha says the best kinds are water willow (more on the main lake) and “gator grass” (actually alligator weed; more common in the backs of the pockets), but that there is a little eelgrass and what he calls “witch grass” (actually southern naiad) as well. Even with the additional grass, Sabbagha says the main players are still the gator grass and the water willow.

Last time the Cup hit Murray the schooling bite around the blueback herring was key to plenty of bags and Anthony Gagliardi’s win. Forrest Wood Cup qualifier Brandon Cobb, who hails from South Carolina, says you can never count it out on Murray, but Sabbagha hasn’t seen it play much so far in 2017.

“In my opinion there are fewer herring and they are smaller,” says Sabbagha. “It seems to me there are more threadfin [shad] now, and that’s predominantly what the schooling fish are on now. It was hard to find a schooling bite this year. I don’t think they [the herring] are doing too well this year.”

Former YETI FLW College Fishing National Championship winner Chris Blanchette doesn’t live right near Murray anymore, but he still gets out on weekends and isn’t sure the herring population is to blame.

“I don’t know if the population is off, but this is the first year we’re starting to see pondweed growing up shallow, which has given those fish a reason to stay shallow and not roam,” says Blanchette, who also blames the slow offshore bite on a lack of fresh cane piles. “I see where there’s potential for some really good bags out deep, but there’s not as much fresh cane as there used to be. The herring like to concentrate around that, so now a lot of those herring are just roaming more than usual.”

String together a few overcast days and, according to Sabbagha, the water temperature could fluctuate enough to fall into the low 80s, but right now it’s in the upper 80s on the average day. The real key to the water now is its height. It spent much of July at 358 feet, and has slowly dropped about half a foot in the last week or so. As of now, the water is slightly lower than it was this time in 2014, and dramatically higher than it was last year.

Keeping a sharp eye on the water level might be important, but the main concern is probably what will happen if it drops substantially. If it does, the burgeoning shallow bite could go away in a hurry. That said, water level is probably something to pay more attention to in official practice, not July.