Meyer Still Looking for a Win

Could this be the year for the California Kid? 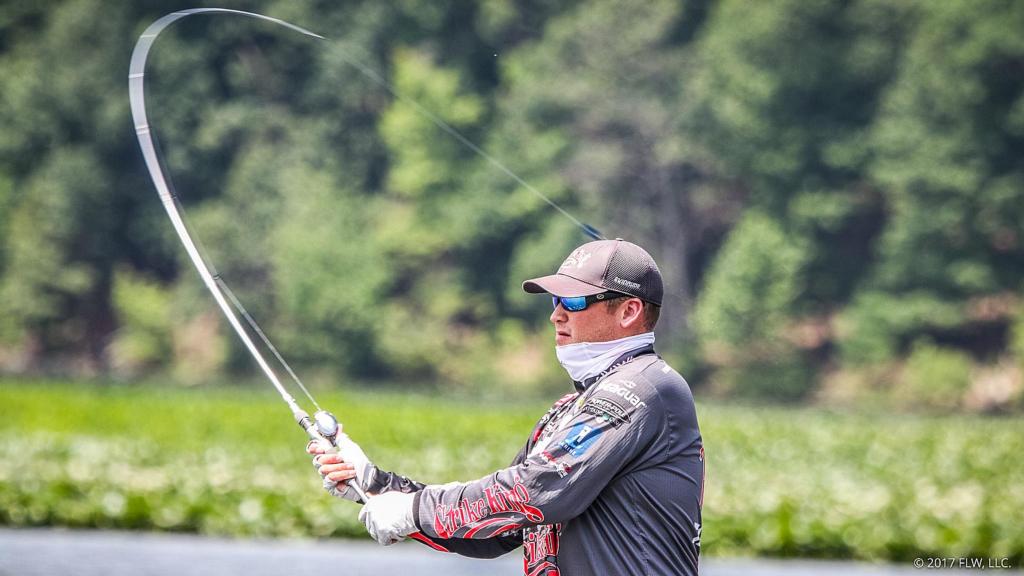 Cody Meyer started his pro career with FLW in 2007, fishing from the front of the boat in a multi-day tournament for the first time at Lake Shasta. He finished with 44 pounds, 8 ounces, and Gene Gray won with 47-3. Going into the final day in second, Meyer was a fish or two away from the win.

“I remember thinking in practice I couldn’t compete with any of these guys,” says Meyer. “I ended up getting second in that tournament, and I lost a fish on the last day that was literally 5 pounds. I got it up to the surface, and it came off and just wallowed there before going back down. Then I lost a 3-pounder – literally back-to-back.

“I was so close my first time,” Meyer adds. “Back then I thought that if it was that easy I’d easily win one of these.”

Unfortunately for Meyer, that hasn’t been the case. Ten years and more than 90 tournaments later, Meyer has finished in the top 10 more than a quarter of the time, but he is yet to win one.

If there was one he’d love to win more than any, it’s the upcoming 2017 Forrest Wood Cup on Lake Murray, which will mark Meyer’s ninth consecutive appearance in the summer championship. He’s come perilously close to a win a few times, most notably in 2010 when he battled malfunctioning electronics on the final morning at Lake Lanier and wound up finishing runner-up to Kevin Hawk.

Meyer has a reputation for consistency and is often pigeonholed as a finesse guy, but the Cup is his one chance every year to shoot straight for a W. One of these years he’s going to get it. 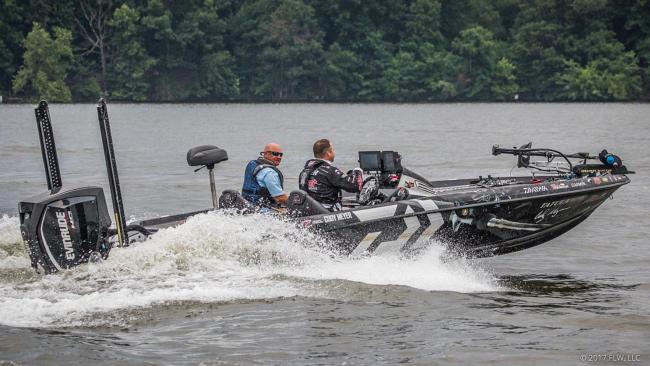 At past Cups, Meyer leaned heavily on extensive pre-practice periods to learn the fisheries and give him a better chance at success offshore – his preferred way to fish and where he has the biggest edge over the competition. This year, he’s doing things a little different.

“I went down to Murray after the Potomac [in June] and fished an MLF [Major League Fishing] event and stayed a day after the whole thing was done and idled around and fished a little,” says Meyer. “It was so hot and so miserable I just said, ‘I’m out.’ I’m going to do it different this year. The last few Cups I’ve practiced so much, and I really haven’t done very well.”

Figuring that there’s no way he can match the amount of preparation someone local such as Anthony Gagliardi can put in on Murray, Meyer plans to use the extra official practice day to his advantage. This year, instead of four days of competition and three days of practice, the pros get four days of practice and the Cup lasts just three days. Meyer says he’s going to spend two of them shallow and two of them deep and then let it all hang out in the derby.

Western anglers have a pretty good track record on Murray. California native Michael Bennett earned the win there in 2008, and Brent Ehrler, also from California, has a pair of top-10 finishes in championship action to his credit on the South Carolina reservoir. Fellow Golden State pro Meyer hopes this go around is better than his last. In 2014, he started out running brush piles and sacked up 14-9 to tie for second after day one. On day two, he ran every single one of his waypoints and blanked.

The day-two disaster impacted Meyer’s strategy a little for this year. In 2014, all the offshore anglers except Gagliardi faltered at the end, leaving a surging Scott Canterbury as the closest competition.

“I know herring fish really well. I know how they are,” says Meyer. “It’s not like they [the bass] live in that brush pile. They’ll happen to go by it, and they use it as an ambush point. They’re so fussy, and you have to hit prime brush piles seven or eight times to see if there is one there. If there were more spotted bass in there it’d be different, but it’s not like Lanier.”

Leaving the possibility of a diverse game plan open doesn’t put Meyer at a disadvantage in the least. Though his name doesn’t come up when fans talk about the best shallow anglers on Tour, he’s got the chops. He might not skip a jig as well as Bryan Thrift, but that doesn’t mean he can’t excel up shallow. His finish at the FLW Tour season finale on the Potomac is a perfect example. Fishing shallow with swim jigs, vibrating jigs and soft stick baits, Meyer weighed the third biggest bag on day three and the biggest bag on day four to climb within a bite or two of the win. 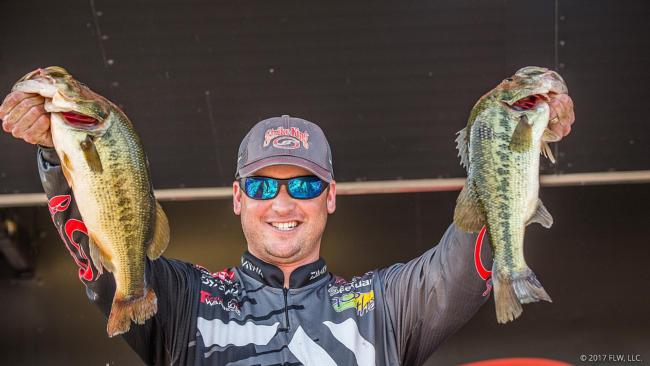 The right kind of momentum

Meyer began the FLW Tour season with a 21st-place finish at Guntersville and followed it up with the worst finish of his career – 119th – at Lake Travis and a 90th-place showing a few weeks later at the Harris Chain.

“After that John Johnson [senior editor at bassfan.com] wanted to do an article about how I was going to turn my season around,” says Meyer. “I wanted to hang up the phone; that sucked. I was thinking there was no way I was going to make the Cup, and my confidence was out the window. But just one top 10 is all you need to get back on it, and then you can turn your season around.”

Meyer got hot as a pistol in the second half, fishing seventh at Lake Cumberland, fifth at Beaver Lake, 19th at the Mississippi River and capping off the season in fourth at the Potomac.

“It’s kind of like that 2014 season,” says Meyer of the year he and Andy Morgan dueled to the finish for Angler of the Year. “It was kind of like the same season if you throw out those two. That’s when you wish the Tour just kept going, because then you’re on that roll.”

In addition to regular ol’ momentum, Meyer has something more mystical on his side as well. His second child is due Aug. 20, and there’s at least anecdotal evidence that baby magic is a thing.

“My daughter was due in the 2014 season when I had all those amazing finishes, and my son is due this year, and I’ve had two pretty amazing seasons. So maybe,” says Meyer. “Fred Roumbanis told me I’d win back in the spring. He says, ‘Dude, you’re having a kid in August? You’ll win for sure.’ But I don’t know about that. Last time I was at Murray I blanked on day two. But if I win, Fred obviously gets some love for calling that back in June.”