The Harris Chain is a large and diverse Florida fishery. Beside Lake Harris, tournament waters include Lake Apopka, Lake Griffin, Lake Eustis, Lake Dora, Lake Carlton, Horseshoe Lake, Little Lake Harris, Lake Denham and Lake Beauclair. In addition to providing plenty of water to fish, there are miles of canals around each lake that competitors can access.

Anglers can simply run between some of the lakes such as Lake Harris and Little Lake Harris, but otherwise there are lots of no-wake canals here and there that make travel time an important consideration. 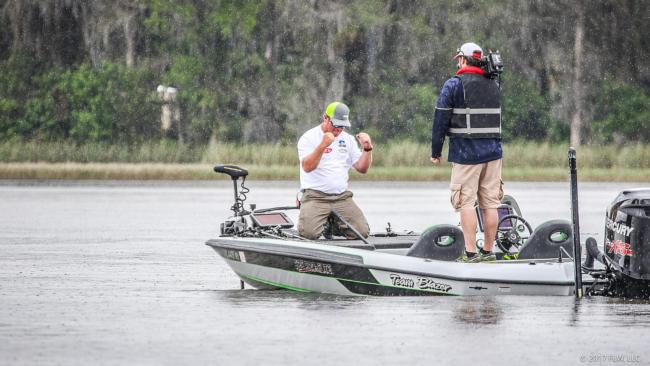 The most recent history on the Harris Chain in February involves two T-H Marine BFL events, one won by Joseph Kremer in 2007 with 24 pounds, 11 ounces and the other won by Wyatt Boyd in 2009 with 27-9. Last year’s FLW Tour showdown won by Bradley Dortch with 73-9 is likely to be a good comparison, as is last year’s BASS Open won by Jesse Wiggins with 59-4.  A bevy of patterns played in both tournaments, from sight-fishing to flipping and cranking.

Tim Frederick calls the Harris Chain home, and he figures the fishing will be similar to last year’s, but with some noteworthy differences. Because the Tour is stopping in February instead of March, Frederick figures there will be more spawning fish, especially in the lakes themselves as opposed to the adjoining canals. Per Frederick, the water is also higher than normal due to the hurricane season and there is more offshore grass now. Depending on how high the water stays, it could make sight-fishing considerably more difficult. 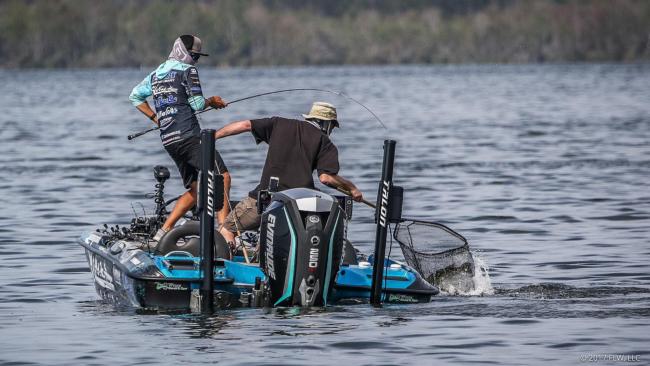 Expect more conventional, non-Florida techniques to play on the Harris Chain. By dragging or cranking over shell beds and drops, or winding a lipless crankbait through offshore grass, there will be a lot of fish caught away from the bank. Of course, frogs and sight-fishing and flipping and every other typical Florida technique should play as well, just as they did in 2017.

1. The weather – February is still prime time for a cold front in central Florida, and the local largemouths don’t take temperature dips well at all. Conditional on the weather, the fishing could be tough or off the chain.

2. Time management – Because of the long idle zones and big runs possible on the Harris Chain, getting out of sync could be very costly. Depending on where pros choose to fish, they could easily burn an hour getting there, which doesn’t leave a ton of time for fishing.

3. Pressure – There’s no BASS Open ahead of the Tour this year, so the fish in the Harris Chain will be a little less toasted. Putting multiple good days together will still be key. Whether they go after spawners in the canals or concentrations offshore, 180+ boats are likely to hammer the juice pretty hard the first few days. Adapting over the course of the tournament as Bradley Dortch and JT Kenney did in 2017 could be key.

Picking Florida sticks is usually a good way to go in Florida, and last year proved no exception. This year, John Cox and JT Kenney are veritable must-owns and it’s smart to consider anyone else with Florida history (Joshua Weaver or Dortch) or a Florida address (Brandon McMillan and Scott Martin).