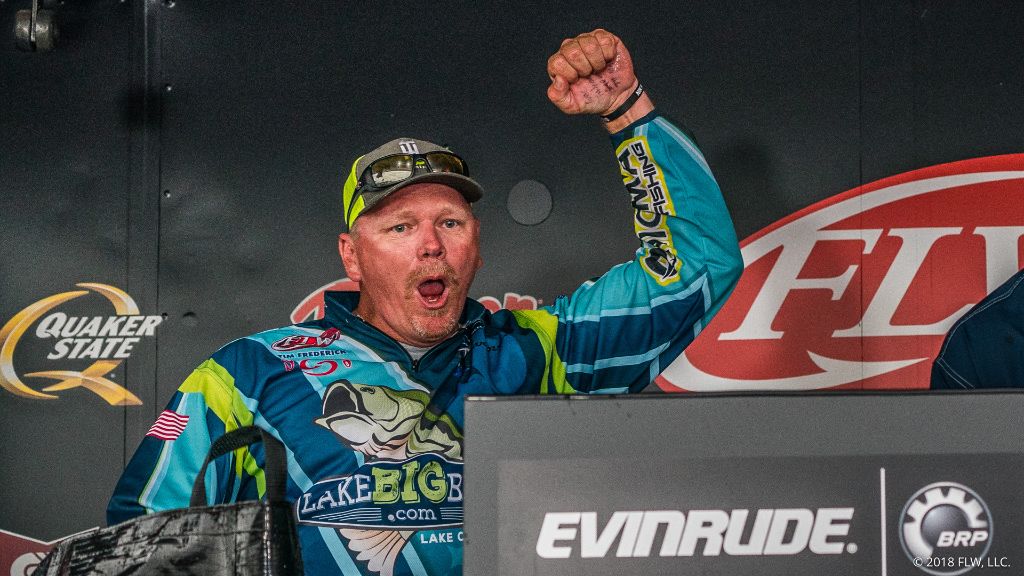 Tim Frederick and Bryan Schmitt both caught giant bass in the final minutes. Both thought their fish pushed them over the edge for the win. Frederick’s was bigger, and that was the difference.

With only 10 minutes left to his final day, Frederick knew he needed a giant to have a chance. That chance happened soon after when he stuck a 9-pounder that edged him above Schmitt by little more than a pound to win the FLW Tour presented by Evinrude on Lake Okeechobee.

“I couldn’t be happier,” says the Leesburg, Fla., pro of his first Tour victory. “This is what I’ve always dreamed about.” Frederick’s 19-pound, 14-ounce day four bag brought his total weight to 85 pounds, 4 ounces. 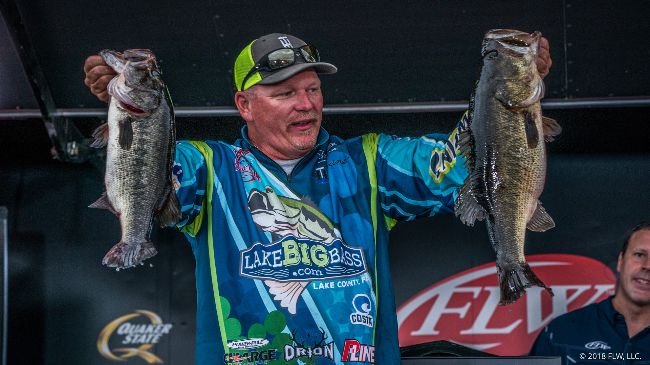 The dream had been steadily turning into a nightmare the longer day four went on. His pattern of target fishing for bedding fish he couldn’t see seemed to be failing him, as he struggled to get bit most of the morning. He finally stuck a 4-pounder around midday, but that still left him well short of the 17 pounds he figured he needed to hold on for the win.

“I was so stressed,” says Frederick. “I didn’t know if I should leave or stay. I figured it was all I had, so I ended up staying. I’m sure glad I day, because then I stuck that 9-pounder with 10 minutes to go, and that was the difference.The biggest key for me all week was patience, and it paid off today.”

Frederick focused his attention during the event on the Spoil Islands area near Harney Pond – an area that actually was inaccessible until Hurricane Irma ripped it open last fall. Once he got in there, he found vast patches of reeds, pads and various targets, which was key as he didn’t cast unless it was at a target, figuring there would be spawning females bedded nearby. That’s where his history as a Florida angler paid off, as he relied on his knowledge of how big females set up on pieces of cover – typically on the points and edges of a patch of cover – to direct his casts.

From there he used a one-two punch in terms of lures. He’d start by casting a Texas-rigged Strike King Perfect Plastics Ocho on a 3/16-ounce weight at the cover trying to feel for a bed. 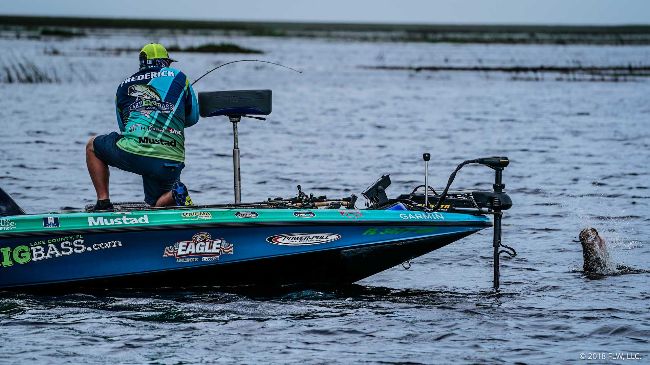 “I could actually feel the bed when I was dragging my bait through,” says Frederick. “When I did, I really slowed down and made multiple casts. I was fishing slow. It might’ve taken me five minutes to finish one cast.”

Whether the Ocho caught a fish or not – his last big one came on the Ocho – he’d follow up with a custom vibrating jig, reeling it slow enough to be in contact with the bottom. When he felt it hit the bed, he’d rip it up and let it flutter to try and get a reaction bite. Another key is he threw both on 15-pound fluorocarbon to try and coax a few more bites.

The win culminates what has been a hard start to his career. His very first tournament his rookie season on Tour was on Lake Okeechobee, and he finished dead last. His rookie season didn’t improve much more from there, but he says he began seeing glimmers of hope in 2017.

“There’s a saying that it’s good to do what you want to do until you figure out what you’re meant to do,” says Frederick. “I always felt like I was meant to do this, and things are starting to click.

“We’re going to my home lake next, and I’m not going to lie that I’ve thought about [what Mark Rose did last year by winning the first two tournaments of the season]. It’s so hard to win one of these, but do I feel like I have a chance after this? Yeah!” 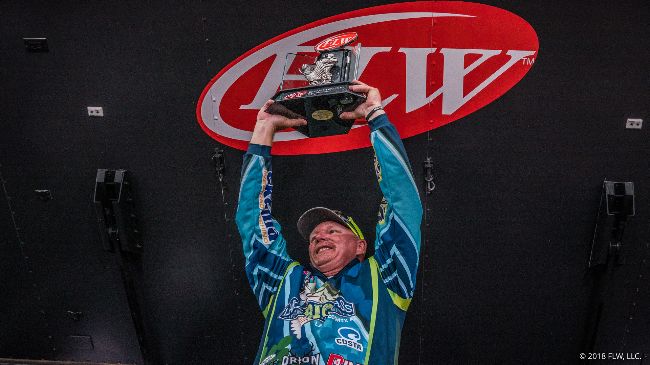