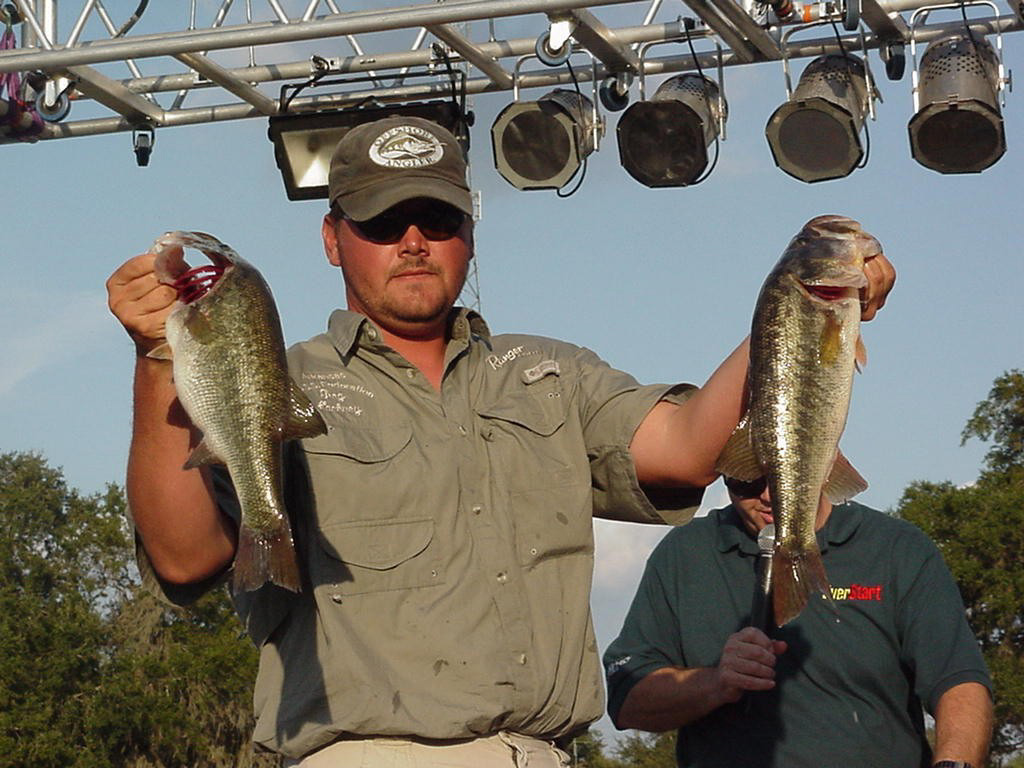 Hackney, who brought in a solid first-day total of 13 pounds, 7 ounces, said the relatively small size of the lakes featured in this year’s tournament made for some very difficult fishing.

“It’s really tough out there,” Hackney said. “There are a lot of boats fishing in the same area and you have to make sure that you don’t become distracted. The lakes aren’t very large and there’s going to be a lot of fishing pressure these first two days. And I’ll tell you what, it’s not going to get any easier tomorrow.”

Hackney said that although he was pleased to have the lead after day one, he doesn’t plan on letting up at all in tomorrow’s event.

“There are no secrets on this lake and that’s why you have to keep plugging along,” he said. “I feel like it’s going to take 18 (total) pounds to make Friday’s cut. And I’d like to have 8 or 9 pounds for sure tomorrow. I’m definitely not going to slack off because I really want to make the top 10.”

Pro Darrel Robertson, one of the biggest clutch performers on the FLW Tour in the last two years, said that the EverStart Challenge is as difficult as any tournament he’s ever fished in.

“It’s just as hard to win here as it is on the FLW Tour,” said Robertson, who recorded a second-place finish after day one with a catch of 12 pounds, 10 ounces. “This place is tough to fish. Nobody is guaranteed a bite here.”

Robertson, a native of Jay, Okla., continued his string of successful visits to Cypress Gardens – the same place where he won the richest bass fishing tournament in history, a $600,000 first-place check at the 1999 Ranger Millennium M1 Championship.

“I feel pretty comfortable here,” said Robertson of his success at Cypress Gardens. “I like the fall pattern. And once you figure out what the fish are feeding on, you can catch them.”

Robertson said that he plans to continue to fish in the general vicinity of the lucrative fishing holes he uncovered during the M1 Millennium tournament last year.

“I plan on fishing in roughly the same place,” he said. “I think I’ve got to catch 6 to 8 pounds tomorrow to make the cut.”

With day-one totals already accounted for, the top five anglers found themselves separated by a mere two pounds heading into Thursday’s competition. By day’s end, Randy Fraser of High Ridge, Mo., had the overall lead with a catch of 8 pounds, 15 ounces. Scott Sanders of Cataula, Ga., finished in second place with a catch of 7 pounds, 6 ounces. Sanders also claimed a $600 check for catching the largest bass of the day – 6 pounds, 8 ounces – in the Co-Angler Division.

Thursday’s competition begins with a 7 a.m. takeoff at Cypress Gardens on Lake Summit.