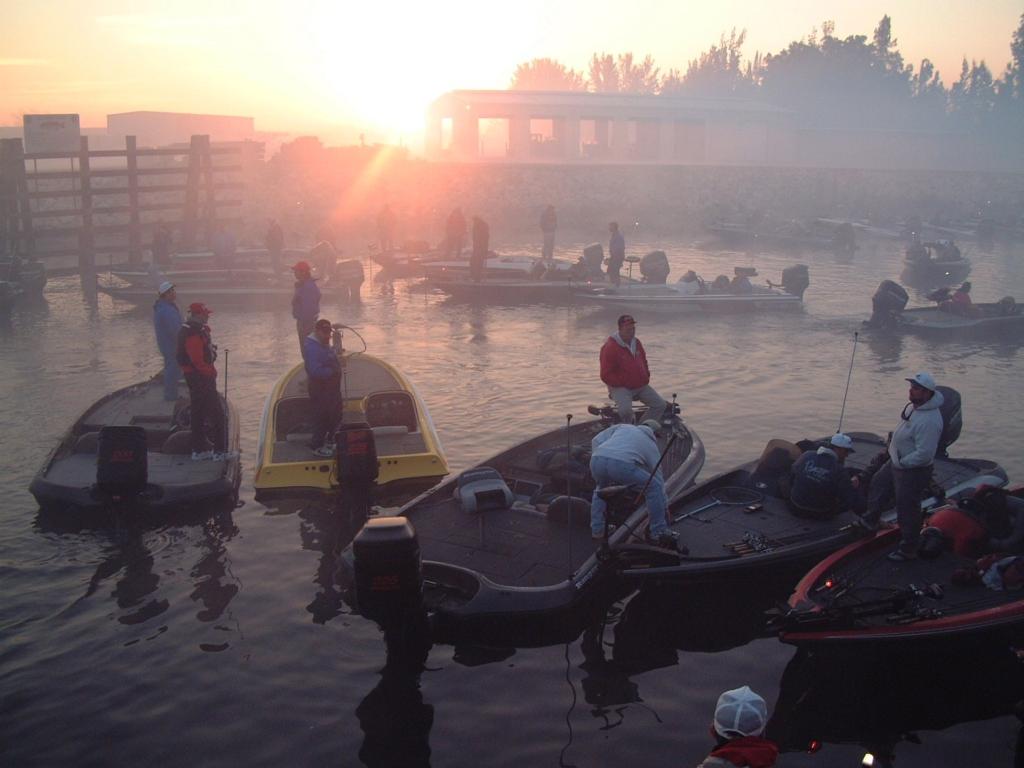 CLEWISTON, Fla. – With a hazy backdrop of early-morning fog and burning sugar cane fields, 330 anglers took part in the opening takeoff of the 2001 EverStart Series Eastern Division event on Lake Okeechobee shortly after 7 a.m. Anglers will be competing for $185,000 in total prize money. The top pro-angler prize, to be awarded Saturday, is $15,000 and a new Ranger boat. The co-angler champion will receive a check for $6,000.

With relatively cool temperatures and near-record low water levels on Lake Okeechobee, some anglers were predicting smaller-than-average catch totals for the early part of the competition.

“With the cold front that has been here this week, the first couple of days could be tough,” said Danny Hall, a pro hailing from northern Georgia. “But it should start to warm up here in the next few days and fishing should pick up then.”

For a look at the day’s tournament photos, click here.