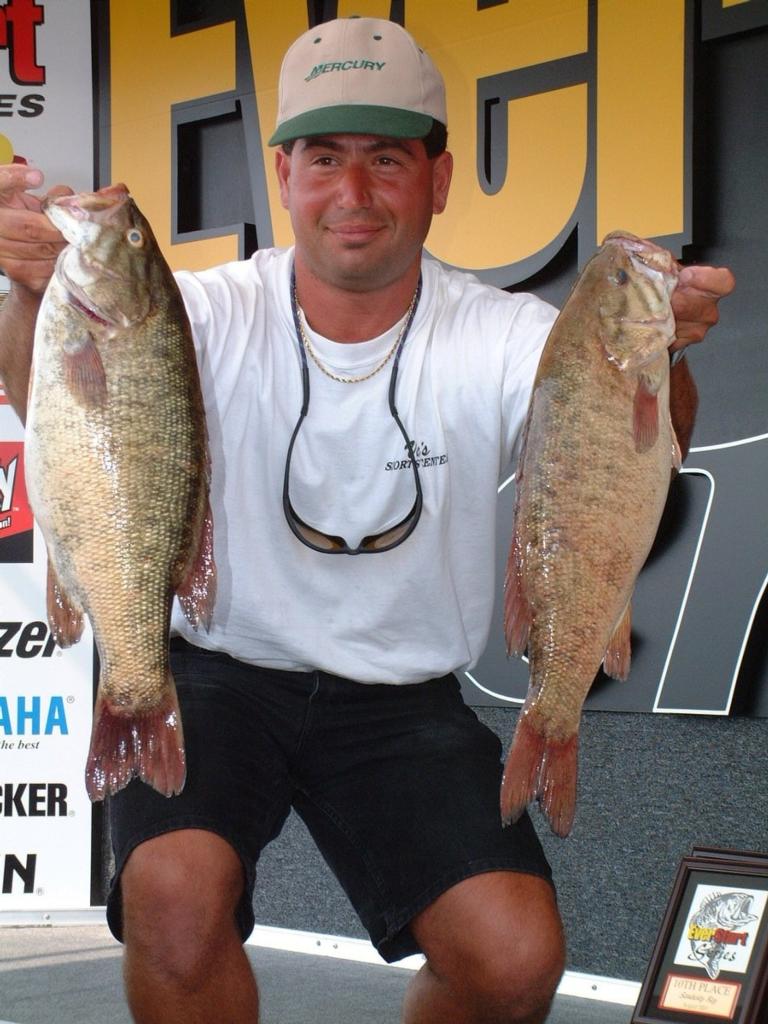 SANDUSKY, Ohio – These days, Sandusky, Ohio, is known mainly for one thing: an amusement park. Just north of town sitting on a spit of land that juts out into Lake Erie is Cedar Point, also known as the “roller coaster capital of the world.” Home to the second-highest coaster in the world and three of the world’s top-10 rated rides, the word “Sandusky” means “thrill ride” to many who come here. When Vic Vatalaro won the Pro Division in Saturday’s final round of the $185,000 EverStart Series Northern Division tournament in Sandusky, he couldn’t have asked for a more exciting ride if he had been on 10 roller coasters.

“It feels unbelievable,” the Kent, Ohio, native said. “You can’t even imagine what it feels like.”

Second to last to weigh in his fish, Vatalaro notched the tournament’s heaviest five-fish catch weighing 23 pounds, 13 ounces and knocked fellow Ohioan David Hayward out of the top spot. Hayward had established what looked like a comfortable lead with five bass weighing 22 pounds, 1 ounce.

“I really thought 22 (pounds) would do it,” said Hayward, a Sandusky Bay tournament veteran. “I can’t even remember hearing about 23 pounds being weighed in.”

All week long the pro leaders flirted with the 20-pound mark, but they had topped out at 20 pounds or just ounces over. So when Lima, Ohio’s vaunted Steve Clapper brought in his 21-pound stringer about halfway through the weigh-in to take a 2-pound lead, many on hand thought it might be over. Clapper, a repeat Wal-Mart BFL champion on Lake Erie, was pinned as the man to beat this week, and he put on a solid performance in the final round – just like people said he would.

“There’s a lot of smallmouth in the area I was at the last three weeks,” the easy-mannered Clapper said. “It’s a good spot, but it’s not where I’ve been fishing the BFLs.”

But this time, the clamps came down on Clapper. When he arrived at his productive fishing location in Canadian waters this morning, he found Vatalaro already there.

“Yeah, he got there first,” Clapper said. “He was on a key little spot. He told me he already had a limit.”

In fact, Vatalaro was actually in the middle of catching his fifth fish just as Clapper pulled up. Vatalaro, who had simply outrun Clapper to the area, hooked five bass in exactly his first five casts of the day, including a 5- and a 4-pounder.

“My co-angler (Dwight Ameling of Fremont, Ind.) was unhooking them while I’d grab another rod and cast it,” Vatalaro said. “It was about a 35- to 40-mile run up there. At one point, Clapper was within a hundred yards of us. And then I hit it. We had two miles on him by the time we got there.”

However, there was plenty of fish to go around on the little hump shared by Vatalaro and Clapper today. While he said that he “kind of took some leftovers,” Clapper finished third and collected $9,000. His partner, David Paul of New London, Conn., won the Co-Angler Division. Vatalaro’s partner, Ameling, who placed sixth, would have contended for a top-three spot if he hadn’t miscounted his fish.

“There were just so many big fish in the area where Vic and I were at, it was phenomenal,” Clapper said.

Vatalaro, a rookie pro on the EverStart Series, captured his hefty quarry using the week’s most-popular bait, a green tube, in water ranging from 14 to 30 feet. He said the key today was that the wind changed, knocking down the rough water, so he downsized the weight on his rig from the 1/2-ounce and ¾-ounce he used yesterday to a 5/16-ounce weight. He credits that move more than anything else for his $15,000 first-place check and Ranger boat reward.

In the meantime, Hayward, who finished in eighth place at last month’s EverStart tourney at Thousand Islands, N.Y., was off by himself quietly plucking his $10,000 second-place stringer off a reef in a location he wouldn’t disclose.

“When the wind changed, it blew the fish into the best part of the reef,” he said. “The fish moved into it in schools to feed. We had fun. We caught a lot of fish. It was just a beautiful day. It would have been great, obviously, to win, but second’s not bad – especially if someone (Vatalaro) comes in with a sack like that.”

The next EverStart Series Northern Division tournament, the year’s fourth and final regular-season event, is another Lake Erie affair. It is scheduled to take place at Lake Erie Metropark in Detroit Sept. 26-29.