Luck of the draw 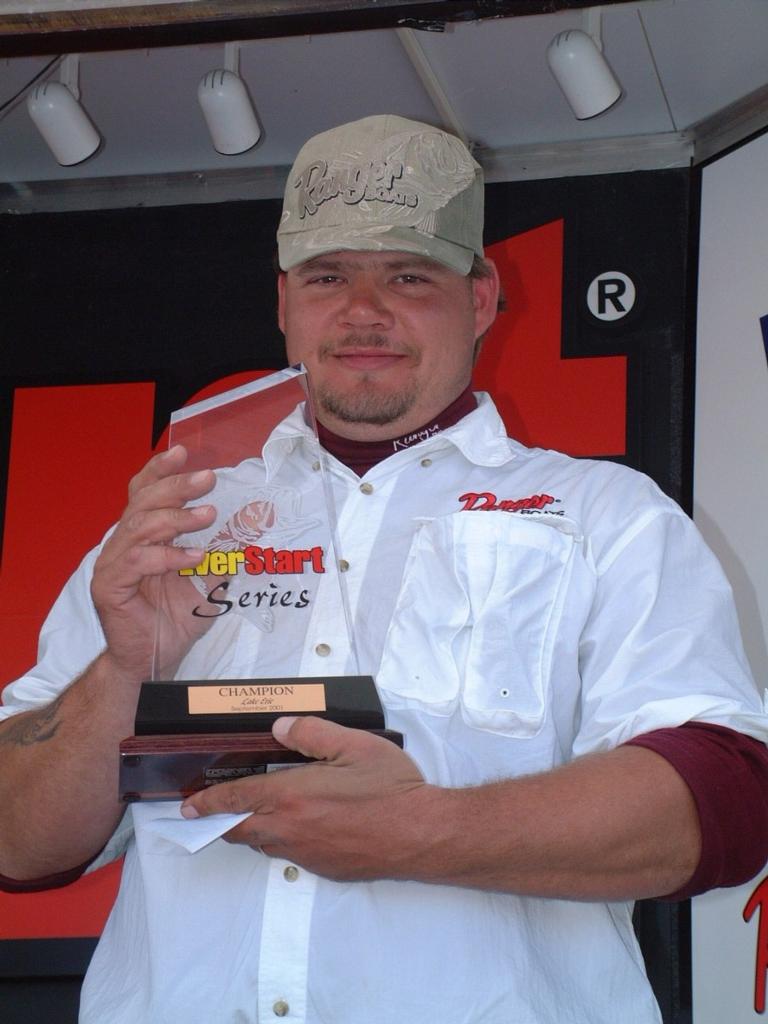 DETROIT – Troy White wouldn’t admit to being anything more than lucky after he won the Co-angler Division of EverStart Series Northern Division competition on Lake Erie Saturday. Just the same, he was more than happy to accept the $6,000 winner’s check.

“I was blessed with the draw,” said the 33-year-old. “I had great partners. It’s easy when they bring you to the fish; you just have to catch them.”

Grinning from ear to ear, the drywall company owner from Green Bay, Wis., could hardly contain his gratitude for his pro partners over the course of this tournament. It’s easy to see why. His pro draws read like a who’s who of northern bass fishing, especially this tournament.

On day one, he drew Kevin Vida of Clare, Mich., who won the Northern Division tourney on Lake Ontario this year and who took eighth place in the division standings. On day two White was paired with Butch Dobransky of Canton, Ohio, who won the season standings title in the Northern Division. On day three White went out with Randy Ramsey of Battle Creek, Mich., a finalist who was solid all week long on Lake Erie.

On day four, White drew Al Gagliarducci of Agawam, Mass. And while he – like many – couldn’t quite pronounce Gagliarducci’s name, White seemed almost willing to inscribe it on his own winner’s trophy today.

“He was a great guy,” said White. “When I got in his boat he said, `Everything in this boat is yours to use.'”

Most importantly, Gagliarducci took White to a whole mess of smallmouth Saturday. Fishing on Lake Erie not far from where pro Scott Emery caught his winning stringer, White dragged a JDC spider grub he borrowed from Gagliarducci through 11 to 17 feet of water and caught five bass weighing 17 pounds, 2 ounces. He took home his first-ever EverStart Series title.

Following White in the co-angler finals was Miles Johnson of Beaver Creek, Mich., the leader on days two and three. Johnson almost made it a three-day sweep, but fell just short with five bass weighing 16 pounds 6 ounces. He finished second and collected $4,000.

Renee Flesh of Edwardsburg, Mich., placed fifth with five bass weighing 14 pounds, 15 ounces. The only female angler to make the finals, she collected $2,500.

Asked by tournament director Dan Grimes if she felt intimidated “because you’re not one of us,” her response drew a roar of appreciation from the crowd.

“What are you?” she said. “The fish don’t know of you’re a male or female up there.”

Next up: EverStart Series Championship

The next EverStart Series event is the tour championship, will be held Nov. 7-10 on Pickwick Lake in Florence, Ala. Tournament winners and the top 50 pros and top 50 co-anglers from each division will earn a spot in the event. There, the winning pro will receive a Mercury- or Yamaha-powered Ranger boat with GARMIN electronics, Minn Kota trolling motor and EverStart batteries plus $25,000 cash. The winning co-angler will receive a Ranger boat and $10,000 cash.

Top EverStart competitors may also qualify for the Ranger M1 tournament in Mobile, Ala., Feb. 27-March 2, 2002, where they can win up to $1 million in the world’s richest freshwater tournament.