Not many, but big 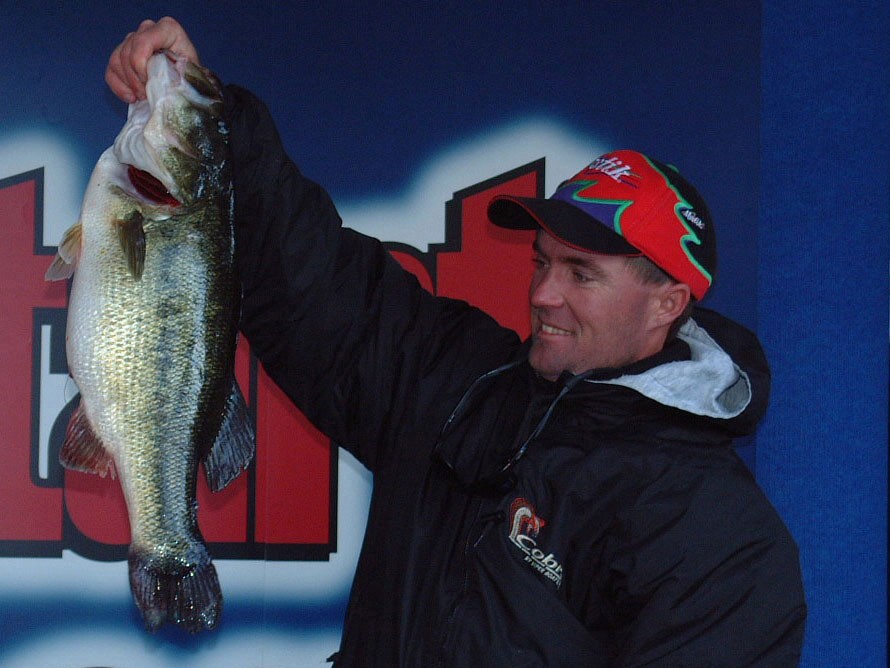 Carroll captures opening round for pros, Francis sidles up into first for co-anglers

JASPER, Texas – Anglers caught fewer bass Thursday than Wednesday at Sam Rayburn, but some of those they caught were massive. The chilly Southern weather on day two of the $210,000 EverStart Series Central Division contest kept the numbers of fish down, but a few pros and co-anglers found a way to capitalize on some Texas-sized bass to make the cut into the semifinals.

Pro Wesley Burnett of Hot Springs, Ark., only caught seven keeper bass over the first two days of competition, but they were all big ones. His three fish on Wednesday weighed a collective 13 pounds, 10 ounces and had him sitting comfortably in 11th place this morning. Today, anchored by a huge 8-pound, 9-ounce largemouth, his four-bass stringer added 14-10 to his two-day total, giving him 28-4 and third place for the opening round. 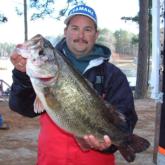 His key is a big-fish spot on a line of grass about a hundred yards long. Throwing a Carolina rig, he caught his 8-pounder by 8 o’clock this morning. Yesterday, he hooked a 6- and a 4 1/2-pound bass from the same location.

“I felt I could make the cut with just 8 or 10 pounds today,” he said. “There’s still more big fish in there. They just keep moving in.”

While Burnett’s bass was impressive, it was not the biggest catch of the day. That honor went to Talala, Oklahoma’s Terry Butcher, who hauled in a 9-pound, 6-ounce largemouth that set the mark as the biggest bass of the tourney so far. Worth $750 for the Pro Division Big Bass award, he caught it using a brush hog in some bushes.

“It put up a fight. It jumped twice,” he said. “I was sure she’d come off. It was the biggest fish I’ve ever caught.”

While single big bass are awesome, it’s the weight of all five fish combined that pays the bills. Pro Tim Carroll continued to set the pace in the Pro Division by landing a five-bass weight of 15 pounds, 9 ounces Thursday to push his two-day total to 37-4 and maintain his grip on first place. Jeff Ransom of Muldrow, Okla., followed him in second place with a two-day weight of 35-1.

“I’ve got one good spot of grass about 12 feet deep,” Carroll said. “For some reason, the fish are staging there. I caught two there this morning – just to make sure I made the cut – and then I moved around a bit.”

For Carroll, a rookie EverStart pro out of Owasso, Okla., the idea that he has led over the first two days is just as much of a surprise to him as it is for those who are wondering, “Who’s Tim Carroll?”

“Yeah, go figure,” he said with a smile. “Being from Oklahoma, I’m new to grass fishing because there’s no grass up there. But I came down here, practiced for a week, and I found my fish on the first morning at my first stop on my third cast.”

He says he feels confident that his auspicious honey hole – where he has been working a crankbait – will continue to provide him with ample bass to stay competitive over the remaining two days of competition. Regardless of the outcome, he’s just happy he’s made it this far so soon in his fishing career. Two weeks ago the 39-year-old quit his job as a fleet manager for an electric co-op so he could fish full-time.

“I’ve got a lot of confidence on my side right now and apparently a lot of luck,” he said.

Ransom, who caught the biggest five-bass total of the day with 20 pounds, 3 ounces, took a more mobile tactic to the water Thursday. In his second season on the EverStart Series, he used a Rat-L-Trap generally in about 8 to 10 feet of water to catch his quarry, but it took some work.

“I probably fished three different areas,” he said. “But I worked a lot of spots inside those areas. I really kind of fished all over the place.”

Co-angler leader carries his own weight

Francis, a 50-year-old airbrush artist who recently moved from Missouri to the shores of Sam Rayburn Reservoir specifically to “fish tournaments on my time off,” utilized his newfound knowledge of the lake to stay ahead of the pack. Instead of following his pro partners to their fishing locations – which is often the norm – Francis led his partners over the first two days to a spot he’s familiar with.

“I just hoped to draw somebody who’s not catching anything and who would listen to me,” he said of his pro partner prospects. “And I did.”

And it was a relatively deep fishing spot. He caught most of his 10 fish in about 20 to 23 feet of water using Zoom centipedes on a Carolina rig with a 1-ounce weight. With the windy conditions this week, Francis and his partners had to anchor their boats to stay over the hole.

“That’s something you don’t see most people do at these tournaments is carry their own iron (anchor),” he said.

Big Bass honors on the co-angler side and $250 went to Rick Rickman of Martindale, Texas, for a 6-pound, 14-ounce largemouth.

Competition resumes Friday with the semifinal round as the top 20 pros and co-anglers take off at 7 a.m. from Twin Dikes Marina in Brookeland. Weigh-in begins at 4 p.m. at the Wal-Mart Supercenter located at 800 West Gibson in Jasper. Anglers will start from zero and compete for one day to determine the top 10 pros and co-anglers who will fish in Saturday’s finale. Catch weights are cleared for the final day, and the winners are determined by that day’s catch.