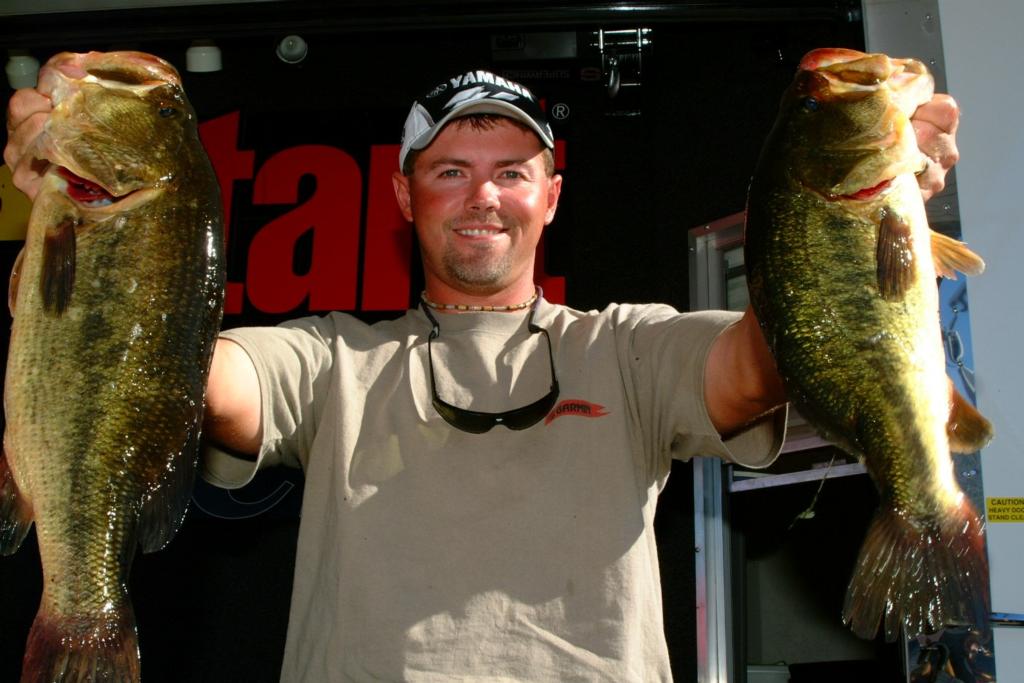 CLAYTON, N.Y. – By nearly every objective measure, David Lefebre has been one of the most difficult anglers to beat during the 2002 season of the EverStart Northern Division tour. And today he proved why.

After posting a first-place finish in the EverStart Mississippi River tournament last June and a top-30 finish at the EverStart tour event at Lake Champlain last month, Lefebre used a dominating catch of 20 pounds, 7 ounces in today’s competition to set the stage for yet another run at a tournament title.

Yet despite his past success and wealth of fishing experience fishing the Thousand Islands waterway, Lefebre said he was as surprised as anyone to be heading into the finals in first place.

“I was really scared coming into this tournament,” said Lefebre, a resident of Erie, Pa. “I’ve fished about five tournaments here over the past couple of years, and each time I haven’t done very well. This place is definitely my weak spot, so it feels really good to be where I am right now.”

Lefebre also said that, had it not been for the lessons learned at the previous EverStart tournament, he might not have employed the proper strategy to qualify for the finals this time around.

“I really learned a hard lesson at the Lake Champlain tournament,” he said. “On the second day of the tournament, I thought I had enough weight to make the cut. So, I held back a little bit. Unfortunately, I wound up coming up short. This time I told myself that I wouldn’t make the same mistake. So, today I went out there and fished as hard as I could.”

Lefebre, who had a solid limit by 10 a.m., said he has been saving one of his best spots for the finals.

“I know this one place where there are a lot of big fish, and I know no one has fished there yet,” he said. “I’m going to go there first thing in the morning, but if that doesn’t work out, I’m going back to fishing shallow.”

While Lefebre said he is confident about his chances tomorrow, he said he has set his sights on a few other goals as well.

Currently ranked third in the overall Northern Division standings, Lefebre needs only to finish in the top 10 in the year-end standings to gain an automatic qualifying berth for the FLW Tour.

And what about Lefebre’s chances of winning a second tournament title in a span of three months?

“In my opinion, the way this lake is fishing right now, there’s a fine line between catching 11 pounds and catching 20 pounds,” he said. “All of these guys are great fishermen, so it’s going to be tough. But I like my chances.”

With more than 2,200 fish caught at a combined weight of 5,034 pounds during the first two days of competition, it was highly likely that anglers would have to produce some big weights today in order to qualify for the top 10 and to earn a trip to tomorrow’s finals. And that’s exactly what happened.

Local hero Dean Meckes of Clayton, N.Y., followed Lefebre’s monstrous catch with a healthy 19-pound, 4-ounce stringer of his own to garner second-place honors. Close behind, in third place, was Mark Zona of Sturgis, Mich., with an equally admirable catch of 18 pounds, 10 ounces.

Randy Ramsey of Battle Creek, Mich., used a 17-pound, 9-ounce stringer to grab hold of fourth place, while Tom Dolin of Palatine Bridge, N.Y., finished in the fifth spot with a catch of 17 pounds, 6 ounces.

Chris Wade of Preston, Conn., clearly didn’t like the idea of losing his grip on first place. After grabbing the overall lead in the Co-angler Division on the first day of competition, Wade had slipped to third place before the start of the semifinals. However, while a top-three finish is nothing to sneeze at, Wade made sure that he regained his footing during today’s competition – turning in a 14-pound, 14-ounce catch to reclaim the overall lead.

And for an EverStart tour rookie, that’s not a bad place to be.

“To come in first place with all of these great fishermen around, it’s really an accomplishment,” he said. “In fact, it’s kind of mind blowing.”

Despite demonstrating some uncanny fishing ability for a rookie, Wade gave most of the credit for his success to his pro partners.

“A lot of it has to do with the pros you get,” he said. “If the pros put you in a target-rich environment, all you have to do is know how to fish. And that’s exactly what happened.”

Wade said he fished a Senko bait in 10 feet of water or less near weeds and rocks to land the majority of his catch.

“I’ll be doing the same thing again tomorrow,” he said. “My partner is going after largemouth bass, and I think that’s what you need to do to win the tournament. I know the fish are out there, and I’m pretty confident I can catch them. We’ll just have to see what happens.”

Trevor Jancasz of White Pigeon, Mich., came up with a catch just 9 ounces short of Wade’s performance to take over second place, while Dan Luman of Manchester, Conn., used a 14-pound, 1-ounce catch to grab the third qualifying spot heading into the finals.