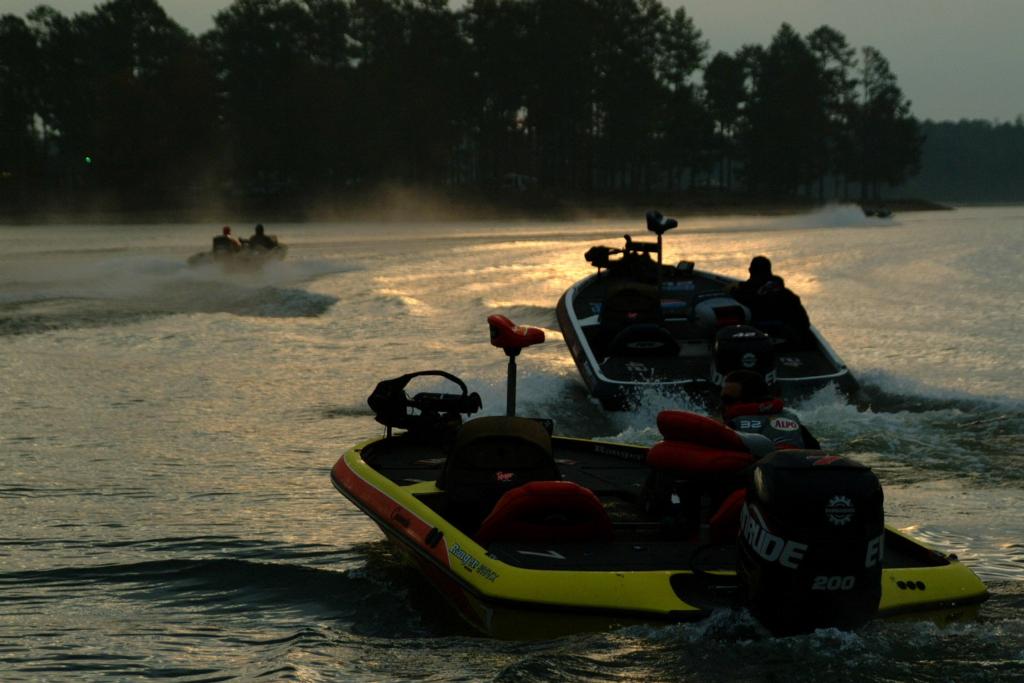 ALEXANDER CITY, Ala. – With crisp fall temperatures and cloudy skies serving as backdrop for today’s final day of tournament action, the remaining 10 pro finalists made their way past Wind Creek State Park Marina for the open waters of Lake Martin shortly after 6:30 a.m. After facing three days of difficult fishing conditions and surviving two dramatic cuts, finalists hit the water knowing that one good day of fishing is all that stands in the way of a championship title and $60,000 in cash and prizes.

However, winning that title won’t be easy. With some of the nation’s best anglers qualifying for the finals, including a handful of veterans with FLW Tour experience, the championship battle will likely come down to the wire. Consequently, after three days of tactical and strategic maneuvering, anglers can finally let it all hang loose. After all, unlike the first three days of competition, there is no tomorrow.

“This week, I really tried to be consistent and catch about 7 pounds a day so I could get into the finals,” said pro Tom Dolin of Palatine Bridge, N.Y. “But I’m going to go out there and take some risks today.”

Jason Quinn, who qualified for today’s event in second place, agreed that most anglers will likely shift strategies during the finals.

“It’s been tough fishing all week,” he said. “I’m covering a lot of water and I have some good areas. But I’m going for broke today.”

In short, it’s going to be a battle to remember.

EverStart championship action continues at today’s weigh-in, scheduled to take place at 3 p.m. at the Wal-Mart Supercenter, located at 2643 Highway 280 West in Alexander City, Ala.