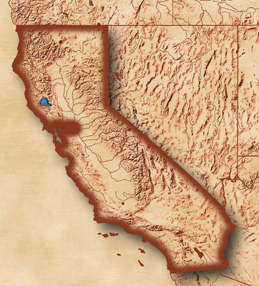 Although this lake has a well-earned reputation for surrendering huge stringers of largemouths, FLW Tour pro Skeet Reese says the numbers of large bass seem to be down somewhat. That said, the California resident still expects winning weights to be up around 25 pounds per day, with some double-digit fish thrown in for good measure.

“This is going to be a sight-fishing tournament,” Reese said. “The bass will be on their beds, and some will be postspawn, but there won’t be as many 8- to 12-pounders as there used to be. I think the lake is just in a down cycle right now.”

The usual bed-fishing lures – tubes, Senkos, lizards – will play a major factor in the Clear Lake equation, but cold fronts will force anglers to scale down and fish slower.

“These are Florida-strain largemouths, so they can be extremely picky if we get a cold front during the tournament,” Reese said. “You can catch some really big Clear Lake bass on 4-inch worms and split-shot rigs.”