Hackney hauls in the lead on Kentucky Lake 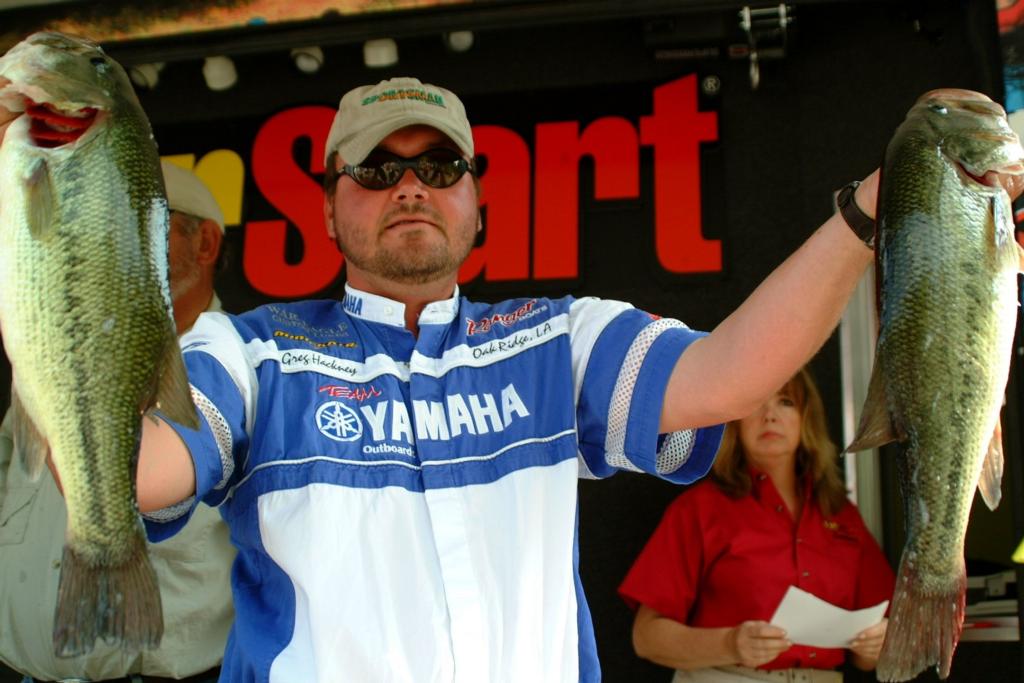 GILBERTSVILLE, Ky. – Greg Hackney of Oak Ridge, La., has always loved to fish Kentucky Lake. And today he showed why. Using a catch of 18 pounds, 8 ounces, Hackney not only took control of the Pro Division, but also placed himself in perfect position to qualify for tomorrow’s all-important top-20 cut.

“I never thought my lead would hold up today, so I’m kind of surprised,” said Hackney. “But this lake has always been good to me. And now, I feel like I have a couple of pounds as a cushion over some of the other guys. It feels pretty good to be leading though. I’m on Cloud Nine right now.”

Hackney said that he fished shallow thoughout the day, targeting both prespawn and spawning largemouth bass.

“This tournament is usually won flipping the bushes, and that’s what I normally do when I come here,” said Hackney. “But we normally come here a week later. Right now I’m having success flipping shallow cover and sight-fishing because both fish are reacting the same way.”

“I’m going to keep flipping soft plastics and fish wide open until I feel that I’m in a comfort zone,” he said. “I’m just going to go out there and try to catch five keepers and make the cut.” 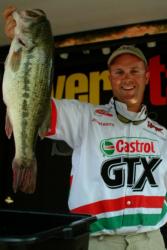 Dudley also won $750 for landing the day’s big-bass award in the Pro Division after netting a 7-pound, 2-ounce largemouth.

Using a catch of 15 pounds, 5 ounces, Daniel Cramer of Van Wert, Ohio, snagged first place in the Co-angler Division, outfishing his nearest rival by more than 3 pounds in the process.

“It was a great day,” said Cramer. “I really felt confident coming into this tournament and I still do. I’m doing exactly what I set out to do.” 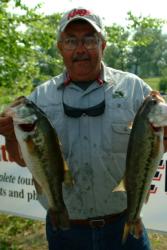 Cramer, who boasts more than 20 years of fishing experience on Kentucky Lake, has been trying for years to crack the top 10 in this tournament. And if things keep going his way, this could finally be the year.

“I’ve fished here the last five years and my best finish was 11th place,” he said. “The top 10 has always eluded me here and I’d love to finally make it this year.”

Cramer said that he fished in 1 to 5 feet of water using a flipping technique with soft plastics.

“Basically, we targeted side pockets just off the main-bay pockets all day,” he said. “It was a really light bite and the key was to fish everything really slowly. The bass are coming in shallow and there are some good-sized fish out there. But you just have to be patient.”

Despite his hefty lead in the division, Cramer said he is taking nothing for granted.

“You always have to catch fish no matter what place you’re in after the first day,” he said. “Anyone of these guys can bust a 15-pound sack easily. So it’s important for me to stay focused.”

Rick Selsor of Glenpool, Okla., won the day’s big-bass award in the Co-angler Division after netting a 6-pound, 10-ounce largemouth. Selsor, who finished the day in 54th place, won $250 for his efforts.

Tomorrow’s takeoff is scheduled to take place at 7 a.m. at Moors Resort located at 570 Moors Road in Gilbertsville, Ky.