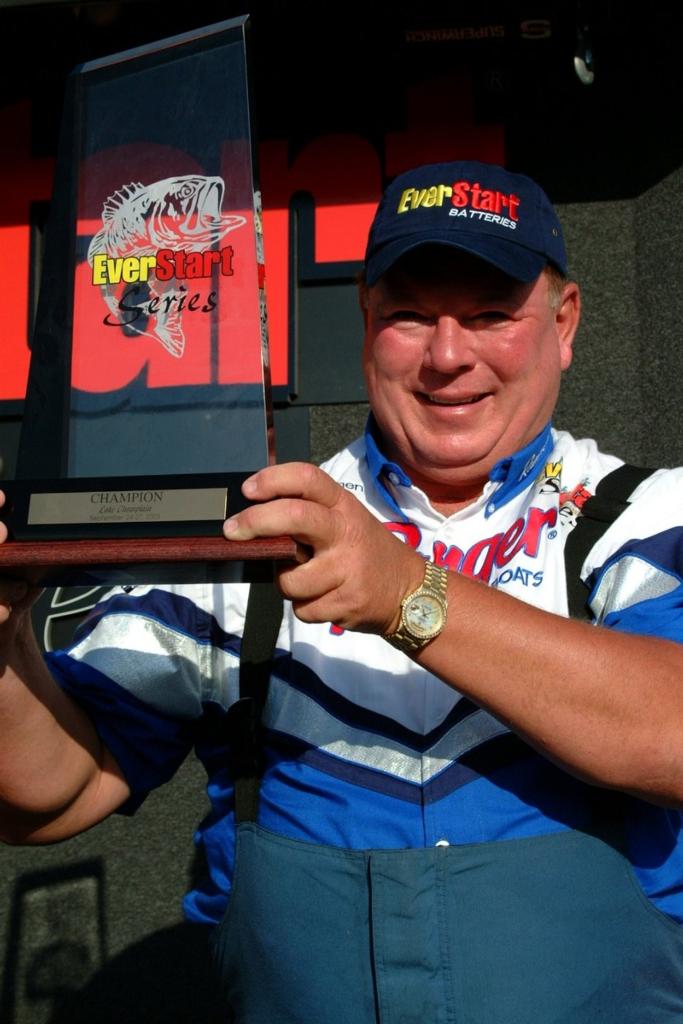 Zona nails down 2003 Northern Division Angler of the Year award

PLATTSBURGH, N.Y. – Like many Southern anglers who endured the long trek up north to fish this week’s Lake Champlain tournament, Allen Cauthen of Lancaster, S.C., arrived in upstate New York with virtually no expectations. In fact, the only reason he even showed up in the first place was to get some early practice in for next year’s FLW tournament at the same location. However, a strange thing happened along the way. Before long, Cauthen realized he was fishing the tournament of his life.

“I came up here to practice for a tournament next June,” said Cauthen. “But then I wound up having several practice days where I caught 20 pounds. As a little boy, I grew up listening to (legendary pro) Rick Clunn talk about being in a zone. Well, I was in a zone all week. And I never had any doubt I’d catch them today.” 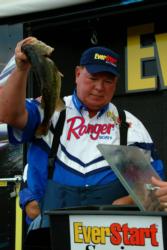 And catch them he did. Bolstered by a five-fish stringer weighing 15 pounds, 14 ounces, Cauthen – who had virtually no experience fishing clear, northern waters before this tournament – powered his way to an unbelievable first-place finish and a tournament title on Lake Champlain. And he couldn’t have been happier.

“As the week went on, I just stayed in that zone,” said Cauthen. “Today, I just knew I was going to win. Even though it was rough out there, the water seemed calm to me. I was very relaxed. And I could visualize everything. Now I know exactly what Clunn was talking about. It certainly was a great win.”

Cauthen said that he targeted largemouth bass in 12-foot channels with a combination of Carolina rigs and Gambler spinner baits.

“I just felt confident from day one,” said Cauthen. “And even though I had to go to my secondary pattern today, I knew I was on good enough fish to win.”

So how does it feel to come up north with virtually no expectations and walk away with a tournament title, a brand new, fully equipped Ranger boat and a total cash and prize package worth $64,900?

“To win an EverStart tournament is a big deal because you’re fishing against some of the best anglers in the country,” said Cauthen. “It’s also very special to me because this is a northern lake and I don’t have much experience fishing up here. I really love this area. It’s beautiful country. I’ve just enjoyed every minute of it.” 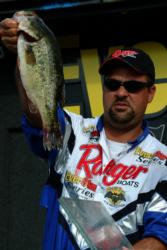 Heading into the Lake Champlain tournament, Mark “The Z-Man” Zona of Sturgis, Mich., had already developed a reputation as “Mr. Second Place.” In the 2002 EverStart Championship, Zona tied for the second-largest stringer in the finals. Zona also found himself walking away with two second-place trophies in the first three events of the 2003 EverStart Northern Division season – missing out on one title by exactly 1 ounce. In fact, second place had become so ingrained in the Zona household that his wife even went out and bought him a customized license plate that read, “Zona-2” – a good-natured jab at his penchant for being the bridesmaid at seemingly every tournament. So what did the Z-Man do today? Not surprisingly, he added yet another second-place trophy to his mantle.

But if you think Zona was greatly disappointed, think again.

“These are some of the best smallmouth fishermen in the world, and I’ll take second place as much as I can against these guys,” said Zona, who ultimately recorded a 14-pound, 14-ounce stringer in the finals. “Don’t get me wrong, it’d be nice to win one of these things one day. But I feel very fortunate just to be here. I sell Ranger boats for a living and my boss allows me to go fishing. And I have a great family. Overall, I’ve had a great time here and it’s been a lot of fun.”

However, Zona had his work cut out for him just to make it back to weigh-in. Battling high winds and mechanical problems, Zona actually came back early in order to ensure that his co-angler partner, Dean Meckes, would have a shot at winning the co-angler title.

“At about 8:30 a.m. this morning, my trolling motor broke down,” said Zona. “We had to throw out two drift socks just so we could fish. Eventually, I looked over at my co-angler partner (Meckes) and he said to me, `What do I get if I win this tournament?’ I told him he’d win $10,000, but if he was an original owner of a Ranger boat, he’d also win a ($25,000) boat. When he heard that, he was like a jittery cat in the back of the boat. He said, `You can keep fishing if you REALLY want to.’ But at that point, everything I had touched kept breaking down. So I decided to come back early while my big motor was still working to make sure that he had a chance to weigh in his fish.”

As luck would have it, Zona’s good deed allowed Meckes to walk away with the tournament title in the Co-angler Division.

“I owe a lot to Mark Zona,” said Meckes. “He was a great partner. And we had the greatest time out there.”

Although the week might have been a tad bittersweet for one of the biggest characters on the tour, Zona did have much to be thankful for. For starters, his second-place finish was good enough to earn a check for $10,000. In addition, Zona’s performance not only qualified him for the 2003 EverStart Championship, but it was also good enough to secure the prestigious 2003 Northern Division Angler of the Year title.

And it couldn’t have happened to a nicer guy … who just happens to own one of the stranger license plates in existence. 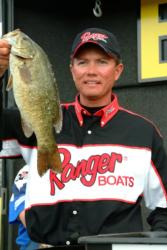 Like many anglers in today’s competition, Randy Ramsey of Battle Creek, Mich., had difficulty dealing with the incessant and fierce winds that blew throughout Saturday’s finals. However, the wind was a little more painful for Ramsey than most.

“The wind really hurt me today,” said Ramsey. “I was fishing in an area with really strong wind gusts and just about the time I said to myself, `I should have my head examined for staying here,’ I made a huge cast and hit myself on the back of my head with my own lure. With blood dripping down the back of my head, I thought, `Now I really have to get my head examined.’ But I’ll tell you what, overall this tournament has been a lot of fun.”

Ramsey, who finished in third place with a total catch of 14 pounds, 10 ounces, walked away with $9,000 in prize money.

“I had three or four areas that were really exposed in this wind and I couldn’t really fish them today,” said Ferguson. “I had to go to my backup areas, but it just didn’t work out. But I really can’t complain. I was blessed all week and I really had a good tournament.” 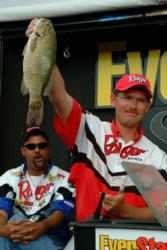 “The key to this tournament is being flexible,” said Trombly. “You also have to have a lot of good water. Unfortunately, I didn’t have the right type of wind for my spots today.”