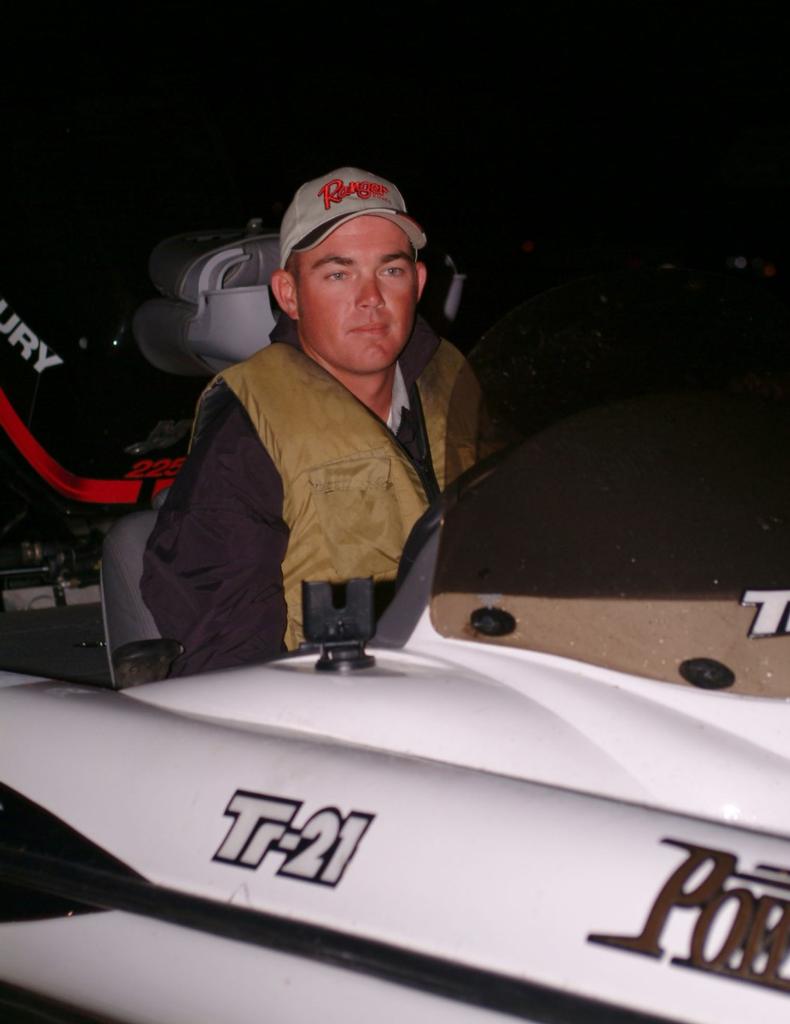 OKEECHOBEE CITY, Fla. – It was no surprise to see J.T. Kenney of Frostburg, Md., rigging up a heavy-duty flipping rod before the launch of the final day of the EverStart Eastern event on Lake Okeechobee. Kenney needs to make up 5 pounds today to catch the leader, and he knows his only hope of doing so is by flipping thick mats of vegetation for big fish.

Doug Vest of Okeechobee, Fla., knows it will take a big stick to catch the leader as well. Vest is hoping that last night’s sudden weather change will work in his favor.

Anthony Gagliardi of Prosperity, S.C., also has his work cut out for him. Even though he is currently in second place, he has to make up 4 pounds to catch the leader.

Nine EverStart pro finalists are chasing the leader, Justin Schwier of Okeechobee, Fla. Yesterday he brought 18 pounds, 8 ounces of bass to the scales and opened up a sizable lead over his competition. For the first time in EverStart Series history, day-three weights carry over to day four instead of starting from zero.

The young EverStart rookie is confident in his chances of holding on to his lead. Despite a wicked weather change on the Big O that will bring clouds, rain and 10 to 15 mph winds today, Schwier thinks his fish will hold out.

“I think they’ll still be there,” he said before launch this morning. “I’m not too worried about the weather.”

The four-day EverStart Eastern on Okeechobee will wrap up today at the Okeechobee City Wal-Mart Super Center at 4 p.m.

Day’s outlook: cloudy, rainy, wind from the northwest at 10 to 15 mph