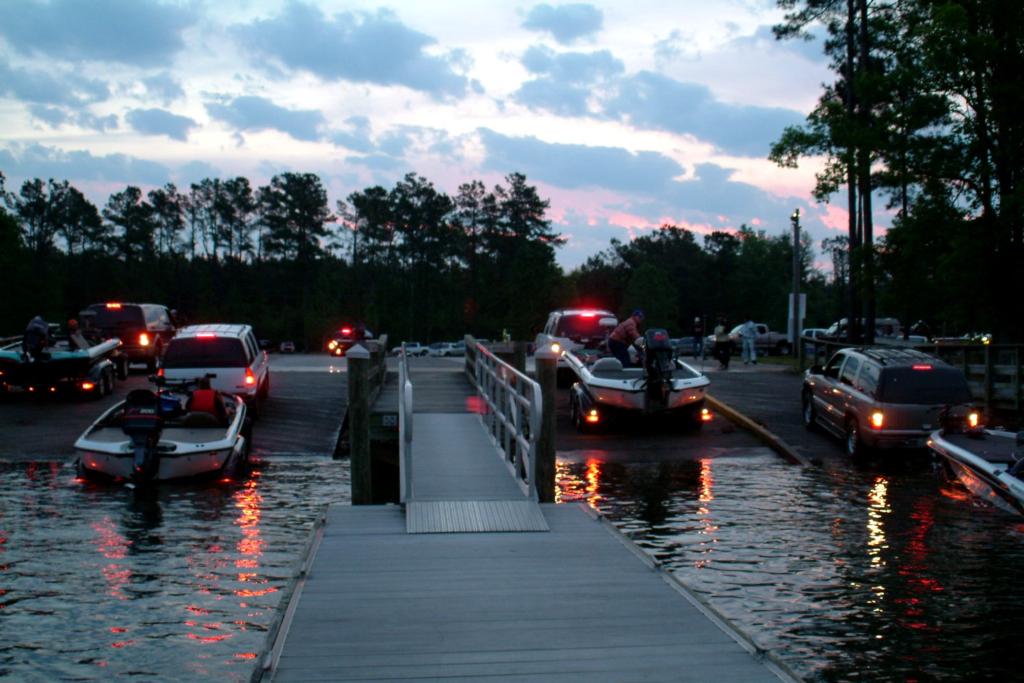 MANNING, S.C. – Since the inception of the EverStart Series in 1998, the Eastern Division has visited the legendary lakes of Santee Cooper every spring. And this year is no exception.

Boat ramps were jamming at the John C. Land III boat landing Wednesday morning as a full field of 200 boats used the ramps to start the 2004 Santee Cooper EverStart tournament, the third event of the Eastern Division this year.

Previous Santee Cooper EverStarts have been held a little earlier in the spring when the water is cooler and fish are in the spawning stage.

This year, however, contestants are expecting more of a postspawn tournament on lakes Marion and Moultrie.

“It’s been warm and the water temperatures are quickly moving into the 70s,” said Yamaha pro Sandy Melvin of Boca Grande, Fla. “There are still a few fish on bed, but I don’t think it’s going to be won that way. Most of the fish are done or are coming off beds. I think a postspawn pattern is going to be more reliable over the next four days, especially with it getting so warm.”

Many pros are predicting large stringers and high cut weights in the upper 20-pound range, but previous Santee Cooper EverStart winner Ricky Shumpert of Lexington, S.C., does not see it that way.

“I don’t think the cut weights are going to be that high,” said Shumpert, who has also finished second three times at Santee Cooper EverStart tournaments. “The top-20 cut last year was about 20 pounds, and I don’t think they are biting as good this year as they were last year.”

Here is a look at the winners of the past six Santee Cooper EverStart tournaments and their winning weights. Bear in mind these winning weights were single-day weights; now the EverStart Series carries weights over for the last two days to determine a winner.

Using history as a gauge, it’s likely that a pro will need to surpass the 40-pound mark to have a shot at winning.