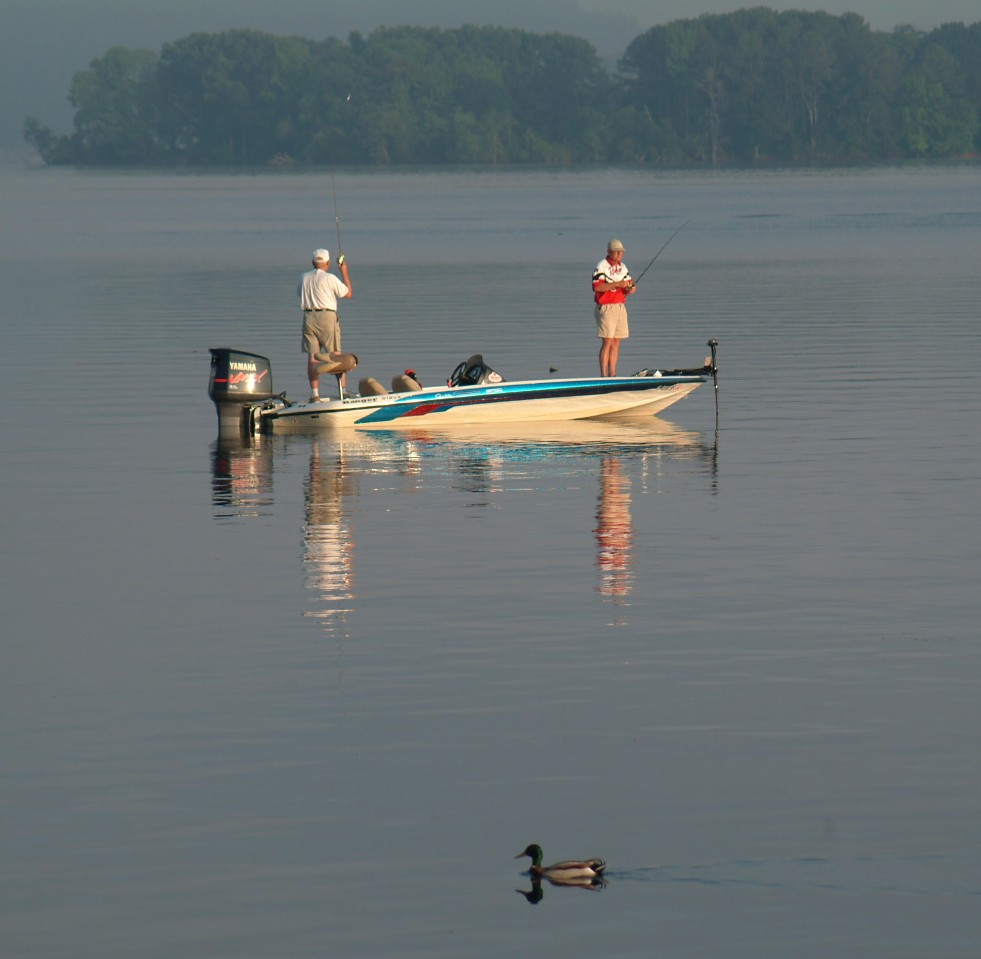 Will it take 30 pounds to make the top-20 at Guntersville Lake? Today's sunny and still conditions could spell sudden death for the top-water bite. Photo by Rob Newell.
May 20, 2004 • Rob Newell • Toyota Series

GUNTERSVILLE, Ala. – Oftentimes in EverStart Series events, the day-one leaders only need a few pounds on day two to make the top-20 cut. This affords them the luxury of “backing off” or “easing up” on day two and using it as a practice day.

But Guntersville Lake is a different animal. There will be no slacking off today, not even for tournament leader Tony Couch of Buckhead, Ga., who had 21 pounds, 5 ounces yesterday.

The top-20 cut after the day-one weigh-in was 16 pounds, 10 ounces. It’s quite conceivable that the cut after Eastern Division competition on day two could be 30 pounds or better.

“I think it’s going to be about 32 pounds,” said Snickers pro Pat Fisher of Dacula, Ga., who was in fourth after day one with 20 pounds, 3 ounces. “They are supposed to pull more water today and that’s only going to help the bite. There’ll be no throttling back today.”

George Alexander of Jacksonville, Fla., who was in second yesterday with 20 pounds, 10 ounces, sees it a bit differently.

“I think it will be about 29 pounds,” Alexander said this morning. “That top-water bite lasted a long time yesterday because of the clouds and wind. But there’s not a cloud in the sky this morning and there’s no wind; that will hurt the top-water bite.”

Wind: forecasted from the southwest at 5 to 10