Stephen May leads day one at EverStart Northern 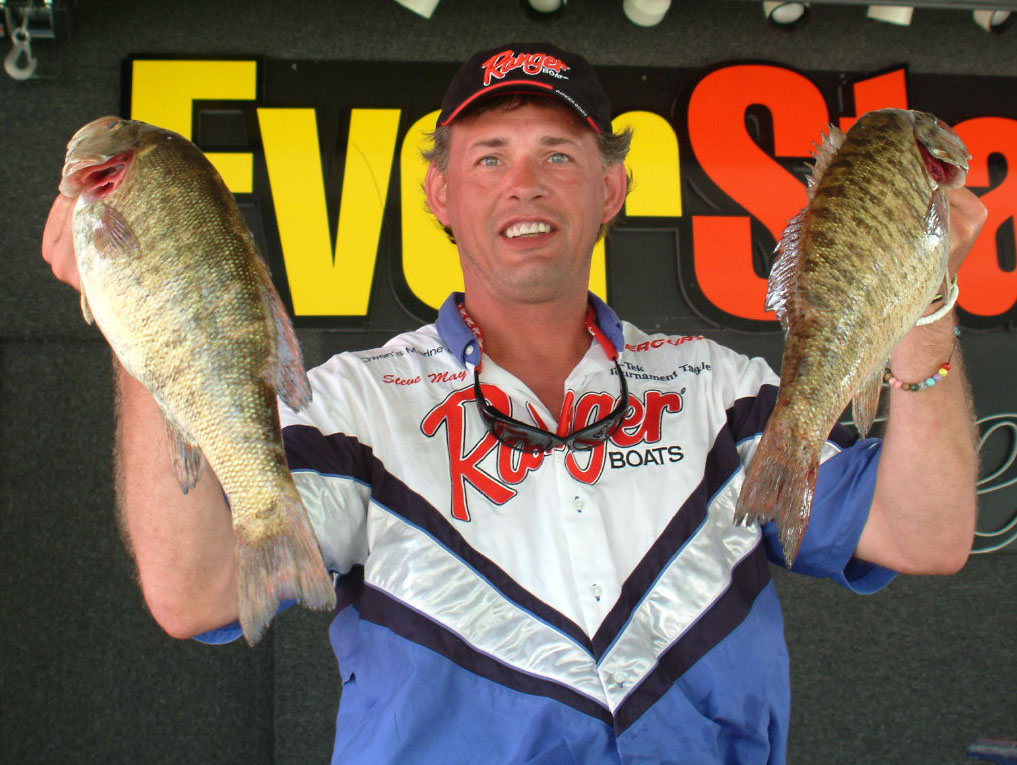 TRENTON, Mich. – Stephen May of Greenville, Pa., took a major gamble this morning, and it paid off in the form of five smallmouth bass weighing 19 pounds, 10 ounces to give him the day-one lead at the EverStart Series Northern Division event on the Detroit River.

After a mediocre practice the last few days, May decided to make a long run to a spot in Lake Erie he had not fished since last year.

“I caught a couple of nearly 20-pound strings off this place last year,” May said. “Since I didn’t get anything going in practice, I just decided to take a gamble and run to it this morning.”

With a little cooperation from Mother Nature, who was holding high winds back, the gamble worked and May was able to fish his spot for about two and a half hours before enduring a three-hour run back to weigh-in.

The day-one leader is a little worried about tomorrow, though.

“The problem with making that long run is that it’s an all-day commitment,” he explained. “Last year I lost a day of fishing because I got all the way over there and it was to rough to fish. So I’m thinking about going to St. Clair tomorrow to see if I can survive the cut over there without having to fish the big water. If I make the cut, then I’ll make the big run again.”

Shaffer fished tubes on humps and along breaks in Lake Erie today.

“The fishing in Erie seems to be a little off in terms of numbers,” Shaffer reported. “You can’t pull up on a spot and catch 10 or 12 like you use to be able to. I had to go to three spots to get my limit today.”

David Kolodziej of Sterling Heights, Mich., has proved you do have to have a big, brand-new shiny boat to catch fish from Lake St. Clair.

He used his 1988-year-model Ranger with 150 horsepower engine to make a 50-mile run to Lake St. Clair and catch 18 pounds, 14 ounces today. His efforts put him in third place.

“It was a blast,” he said. “Hey, it got us there and back safely, and that’s what really counts.”

Kolodziej also caught the big bass in the Pro Division, a 4-pound, 13-ounce bass that netted him $750. 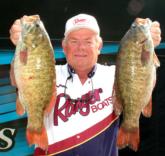 Clapper fished Lake Erie with tubes and another bait he is not ready to divulge just yet.

Clapper attributes the decreased numbers of biting smallmouths to fishing pressure and a current mayfly hatch.

“I’ve noticed a few more mayflies on the lake the last couple of days,” he said. “Sometimes the smallmouth will get to where they gorge themselves on mayflies and won’t eat anything else, so that could be having an effect, too.”

“I had to go to a spot that I was trying to save just to finish my limit today,” he continued. “I hated to do it, but I probably couldn’t have weighed in what I did without going to it today.” 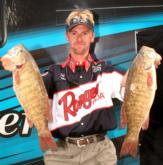 In the fifth position is Jeff Miller of Crestwood, Ill., with 18 pounds, 7 ounces.

“Erie was tough on me today,” Miller said. “I only had five bites and I caught all five. I fished 15 GPS spots before I found some that were biting, and then it took me about 30 minutes to catch my limit.”

Billhimer got quite a treat today when he was paired with local pro Randy Ramsey of Battle Creek, Mich.

Wherever Ramsey took him, Billhimer could do no wrong.

“Randy put us around the fish; he was awesome,” Billhimer said. “I only caught five, but they were good ones. Once I got my fifth fish at 1:30, I quit fishing.”

Scot Keefe of Hinesburg, Vt., is in second place with 17 pounds, 9 ounces.

Mark Lyons of Marion, Ind., is in third place with 16 pounds, 3 ounces.

Kevin McClurg of Huntertown, Ind., and Ron Norris of Portage, Mich., are tied for fourth with 15 pounds, 5 ounces.

Stephen Roth, in seventh place, also had the big bass in the Co-angler Division.

Day-two action will begin Thursday at 6:30 a.m. Eastern time at the Elizabeth Park Marina on the Detroit River.