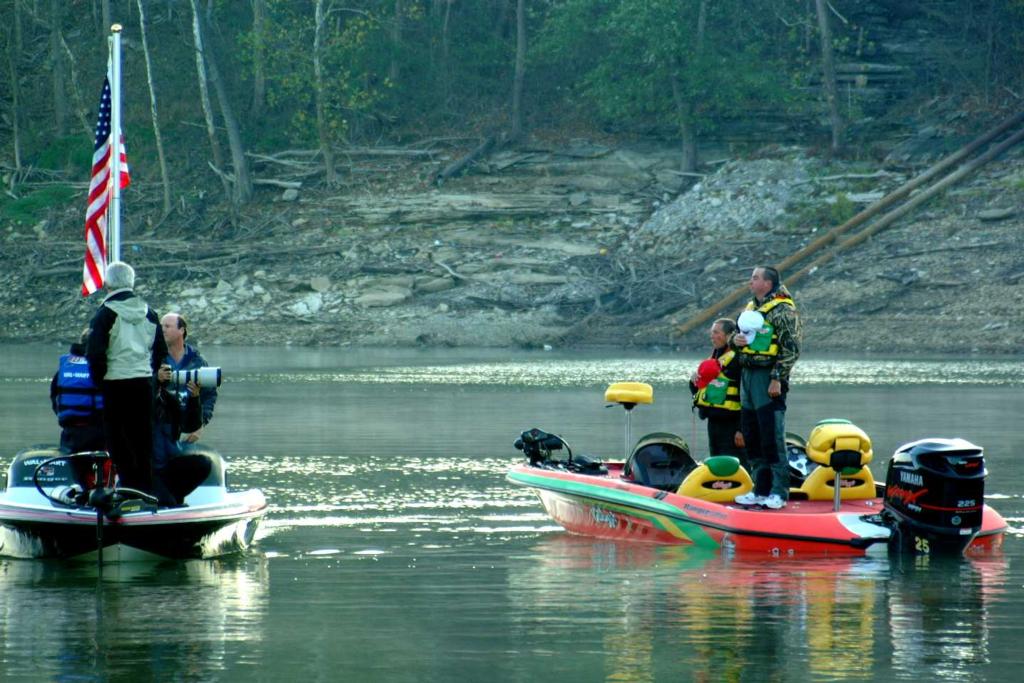 SOMERSET, Ky. – The top 10 pros and 10 co-anglers took off from General Burnside Park at 8 a.m. for the semifinal round of the EverStart Series Championship under increasingly favorable conditions at Lake Cumberland.

All eyes are on H.C. Sumpter, the pro who led both days of the opening round, as he tries to continue his run here at his home lake. The pros are competing for the top two-day weight over Friday and Saturday to determine the champion.

The co-anglers, led by Steve Amata, will wrap up competition Friday, and the winner will receive $10,000 and a boat.

Both leaders as well as the rest of the fields will be on equal footing, however, since all weights were reset to zero for today’s competition.

Friday’s weigh-in begins at 5 p.m. at the Somerset Wal-Mart.