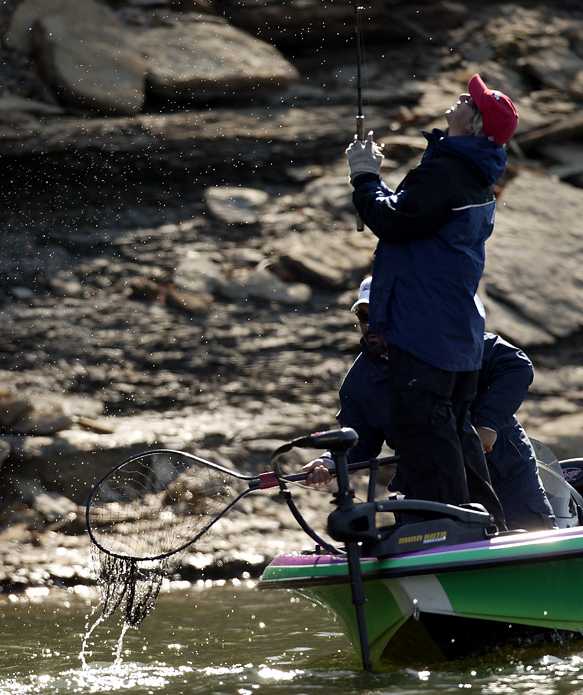 Go east, young man … Thursday’s best stringer barely topped the weight of Wednesday’s big bass at Cumberland, but if anybody was going to lead a tough fishing day it might as well be California pro Brent Ehrler. Ranked third in the Western Division this season, he won the Western standings last year by notching three consecutive third-place finishes. Bottom line: Ehrler just knows how to catch bass, no matter what the venue or conditions. The funny thing about his performance in Kentucky this week, he said, is: “This is just the second trip I’ve taken east of Arizona for fishing.” His first was to last year’s EverStart Championship at Tennessee’s Old Hickory Lake.

Western edge … Like Ehrler, six of the top 10 co-angler finalists hail from the Western Division. Why? They feel right at home on the Cumberland, plain and simple. “This lake is a lot more conducive to our style of fishing with its with deep, clear water,” said co-angler Steve Amata. “It’s good for light-line, finesse fishing.”

Sumpter to think about … Despite enthusiastic backing from the hometown crowd, local favorite H.C. Sumpter didn’t dazzle today like he did on opening day at Cumberland. He caught four fish, but they weighed just 4 pounds, 5 ounces. Still, he’s in the hunt for the title in fourth place – and that’s the way he likes it. Said Sumpter: “I’d rather be sitting where I’m at than be leading going into the last day, believe it or not.”

“You’re from a real good state: Ohio. I tell you what, it felt real good to me on Tuesday night and Wednesday morning.” 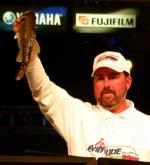 “I have never won an EverStart nothing. With what I’ve got there, I don’t think I’m going to start this week.”

– Pro Dion Hibdon, comparing his winning efforts on the FLW and BASS circuits to his experience in the EverStart Series.

“I should be the favorite. I’m the only one in here.”

– H.C. Sumpter, after prodding from Charlie Evans about being the local favorite in the top 10 this week.