The going gets tough at Cumberland 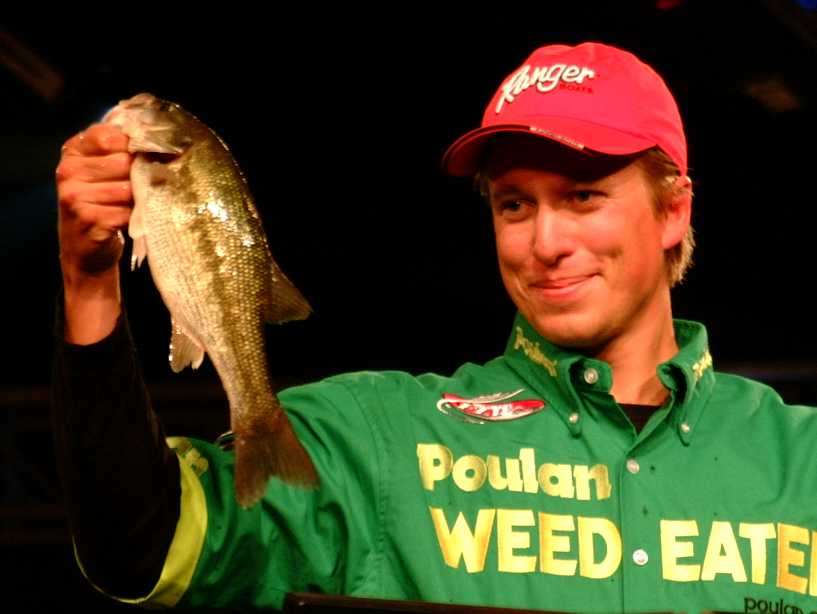 SOMERSET, Ky. – Lake Cumberland bass got a severe case of the post-frontal lockjaw Friday at the EverStart Series Championship in Kentucky.

Clear blue skies and plummeting water temperatures set up the toughest conditions these anglers have faced since competition began.

Out of the top 10 pros and 10 co-anglers, not one single five-bass limit was brought to the weigh-in.

Increasingly in FLW Outdoors tournaments, it seems that when the going gets tough, the western anglers get going.

That trend continued today as Brent Ehrler of Redlands, Calif., brought in four bass weighing 5 pounds, 13 ounces to take the day-three lead in the championship.

But what may surprise some is that he did not catch his fish on a drop-shot rig.

“I caught them on a jig, spinnerbait and top-water,” Ehrler revealed.

Ehrler has been running and gunning the lake and fishing tiny points and cuts in the bank.

“I’ll pull up to a spot and maybe make two casts and go,” he said. “If a fish is there, it usually bites on the first cast.”

But Ehrler said did not fish as fast today.

“Because of the high pressure, I tried to slow down and work a couple of the places more thoroughly,” he said.

Another key to Ehrler’s fishing is not getting too caught up in places and lures he has already fished.

“When I go back to the places where I’ve caught them, I don’t catch much, but as soon as I start running completely new water, I’ll catch a few,” he added. “Like today, I picked up a spinnerbait for the first time in the tournament and caught one on it. And that’s really what I’m going to do tomorrow – just fish the way I see the day developing.”

Warren Wyman of Calera, Ala., has an Alabama address, but he is originally from the West, too. He weighed in three bass today for 5 pounds, 2 ounces to take second place.

“It took me a while to figure it out, but I think the fish moved closer to the shoreline with the colder weather,” Wyman opined. “I’ve been fishing out over open water this week, but I couldn’t get bit out there today, so I moved to the bank and caught a couple, including a big largemouth, off shallower wood with a jig.”

Pedigree pro Greg Pugh of Cullman, Ala., is in third with 4 pounds, 9 ounces.

Pugh only caught two bass today, but one was a keeper smallmouth that he caught with just minutes remaining.

“I pulled up near weigh-in at the end of the day to make few last casts,” Pugh said. “I heard a big splash and saw a shad fleeing for its life. I fired a spinnerbait over there and caught that big smallmouth.”

Sumpter stays in the hunt

Sumpter went after quality smallmouths this morning for about four hours. When his efforts proved fruitless, he dropped back and punted by catching spotted bass on a jig.

“I’m going to try for those smallmouth again tomorrow,” he said. “All it takes is a couple of those to get back out front.”

The final day of competition begins tomorrow at 7 a.m. at General Burnside Park.