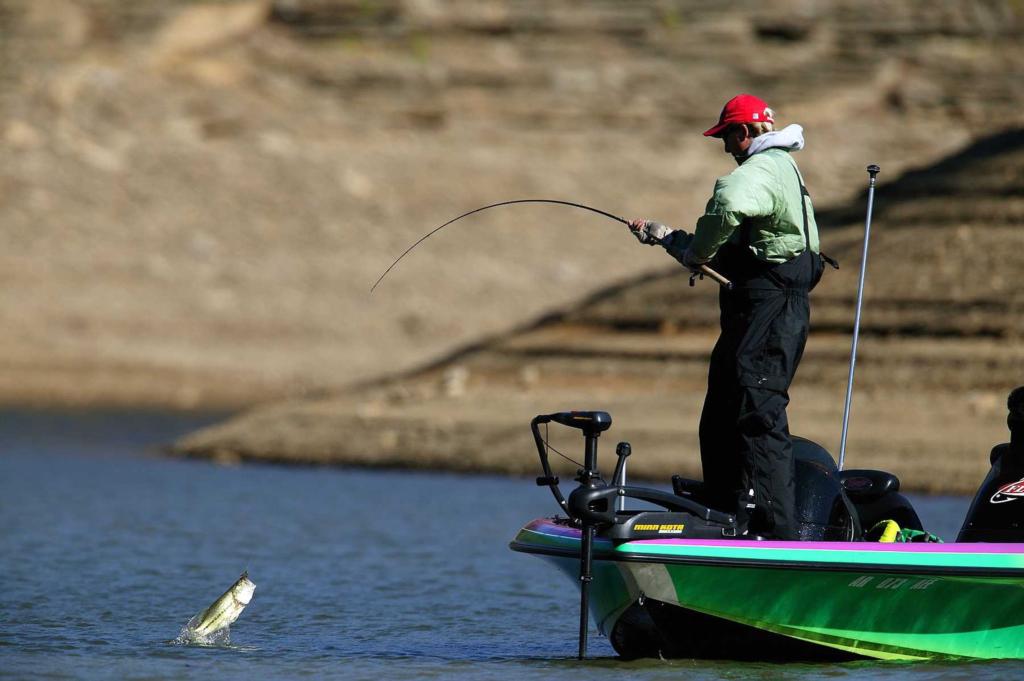 Comeback kid … Brent Ehrler might have edged out local favorite H.C. Sumpter Saturday to win the 2004 EverStart Championship, but he won this tournament on Thursday. After posting a weight of 3 pounds, 11 ounces on day one, Wednesday, he found himself in 68th place. On day two, Thursday, he bounced back with the second-heaviest limit of the day – 10-10 – and squeaked into the finals in 10th place by 6 ounces. His proficiency over the next two tough fishing days was pretty much icing on the cake. It was tough cooking, though: Friday he lost a 2-pounder that he had to the boat; then Saturday, with the money on the line, he lost a 3-pounder. “I said, `That’s it. I’m going home. That’s the tournament,'” said Ehrler, who has three previous third-place finishes (plus a second and a fourth) under his belt in the Western Division. “I thought I was going to be in third (place) again.”

Worth every penny … For his big comeback in making the finals, Ehrler won this tournament’s Energizer Keeps on Going award. Let’s not forget the $25,000 the 27-year-old Californian earned for winning the tournament, plus $10,000 in Ranger Cup money and another $10,000 for owning a Ranger boat. Oh yeah, he also won a new Ranger 519VS.

Hunting kickers … Sumpter put together a limit of smaller spotted bass relatively early Saturday, but he did everything he could to catch that one big largemouth or smallmouth kicker that would have put him over the top. Running and gunning for most of the day, he said he hit about 30 fishing spots. “I’ve done it before,” he said. “I thought I’d get one with three hours to go.” He fell just short and placed second by 7 ounces.

That’s karma … Third-place Lloyd Pickett Jr. did more than just finish the tournament right behind Sumpter today. Said Pickett: “I really was fishing in H.C.’s back yard today. I was fishing in there and a guy came in and asked me, `Do you know whose house that is right there?’ I said, `No.’ He said, `That’s H.C.’s house.'”

Smallie blues … Fourth-place Greg Pugh estimated that he caught around 23 or 24 bass Saturday, but it was the one he didn’t catch that hurt. He hooked a big, moneymaking smallmouth right before he came in, but it broke off. “I set the hook and she snapped the line like it was nothing,” he said.

958: Out of 1,000 possible, number of points scored by co-angler Gary Collins en route to winning the EverStart Series/Evinrude Co-angler of the Year award. This season he took home a win, a fifth-place and two top-20 finishes in the Western Division plus third place at the championship this week.

“I’ll see you at Okeechobee.”

“It’s kind of interesting trying to net a fish on a Carolina rig by yourself.”

– Scott Emery, commenting on fishing his first televised FLW Outdoors final round without a co-angler.

“When you get to a championship like this, there ain’t no second place.”

– Dion Hibdon, explaining why he “went for broke” looking for big largemouth in the finals. He finished eighth.