Still best in the West 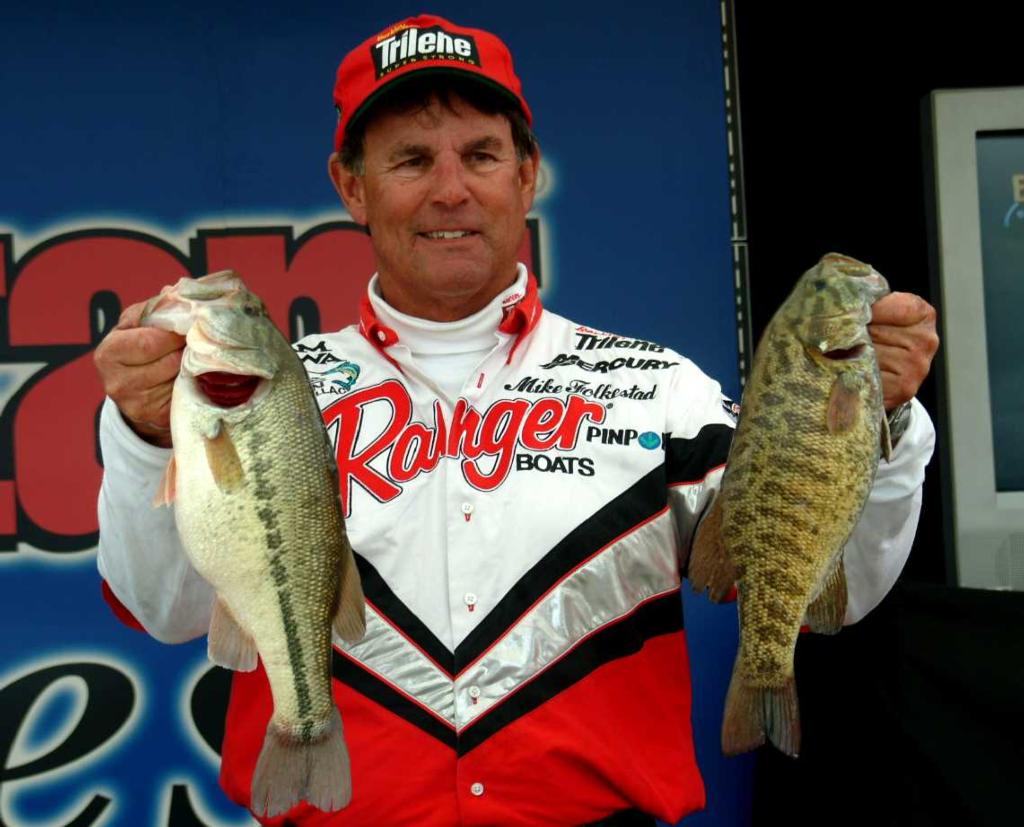 LAKE HAVASU CITY, Ariz. – In most competitions, there are players and there are pretenders. In western tournament bass fishing, Mike Folkestad is a definite player.

The pro from Yorba Linda, Calif., won the EverStart Series Western Division standings title in 2004. Wednesday he picked up right where he left off by opening the 2005 season with a leading, mixed-bag limit weighing 17 pounds, 4 ounces at rainy Lake Havasu.

The winter bass bite at Havasu is relatively tough at the moment. Most anglers had a hard time scratching out 10 pounds Wednesday, much less 15. So when Folkestad heaved more than 17 pounds to the scale, it left many competitors scratching their heads – including the leader himself.

“It was really slow in practice. I only caught 4 or 5 pounds a day,” Folkestad said. “All I did today was fish where I got bit in practice and I fished really slow. I was fishing water where I knew there were fish, I just didn’t know how many. What surprised me was the size of them.”

The leader caught nine keeper fish, and his five-bass limit consisted of two largemouths and three smallmouths. He said that he hit roughly six different areas today, throwing a drop-shot with 6-pound-test line armed with a Berkley Gulp and Roboworm, before quitting by 11 a.m.

The key for Folkestad seemed to be the depth at which he’s fishing.

“I’m fishing fairly deep,” he said. “I was shocked at what I got, but I kind of know exactly what they’re doing. I can’t seem to do anything wrong.”

But even with the opening-day lead, Folkestad wasn’t quite ready to crown himself 2005 Western points champ again just yet.

“You know how that goes,” he said. “Usually when you lead one day, you blank the next.” 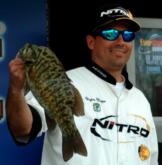 Meyer stays on the move for second

Meyer also caught a mixed bag of largemouths and smallies, which weighed 16 pounds, 4 ounces and earned him second place.

He said his success stemmed from his ability to move around and cover a lot of water.

“I was just picking out my spots,” he said. “I would just go to areas where I could see there were a lot of fish.”

Seeing them seems to be a key component to success in the clear water of Lake Havasu. The bass are just preparing to move up and spawn. While Wednesday’s cloud cover and rain hampered anglers’ sight-fishing abilities, Meyer said it helped his efforts.

“I think the clouds made for a better afternoon bite,” he said.

Third-place pro Larry Marquez of Lake Havasu City agreed that the clouds were helpful. He also liked the lower water level on his home lake, which is about 5 feet below normal pool at the moment.

“I was hoping for this kind of overcast weather,” said Marquez, who caught a limit weighing 15 pounds, 4 ounces. “And the low water levels actually help to bring the fish out.”

Marquez caught a total of seven keepers – including one 5-pound, 9-ounce kicker largemouth that tied him for the day’s big-bass award – on a variety of crankbaits.

The other pro big-bass award went to 34th-place Marc Knudsen of Boulder City, Nev., for a 5-pound, 9-ounce largemouth.

“I only saw one other fiberglass boat going up those backwaters,” he said. “Just getting away from where everyone else is fishing is key. I’m fishing ponds that haven’t had a lot of pressure.”

Rounding out the top 10 pros after day one at Lake Havasu:

Craig Griffin of Lehi, Utah, and Greg Pishkur of Flagstaff, Ariz., lead the Co-angler Division after each catching 12 pounds, 3 ounces.

Tyler Vanderhorst of Washington, Utah, placed fourth for the co-anglers with a limit weighing 10 pounds, 5 ounces.

Gary Key of Glendale, Ariz., and Jim Wickham of Morristown, Ariz., tied for fifth, each with 9 pounds, 9 ounces. Key caught four bass while Wickham, the 2003 Western Division points champion on the co-angler side, caught a limit.

Day two of Western Division competition at Lake Havasu begins as the full field of 165 boats takes off from Windsor Park Marina at 7 a.m. Mountain time Thursday for the second half of the opening round. Following tomorrow’s action, both fields will be cut to the top 10 anglers apiece based on two-day total weight.