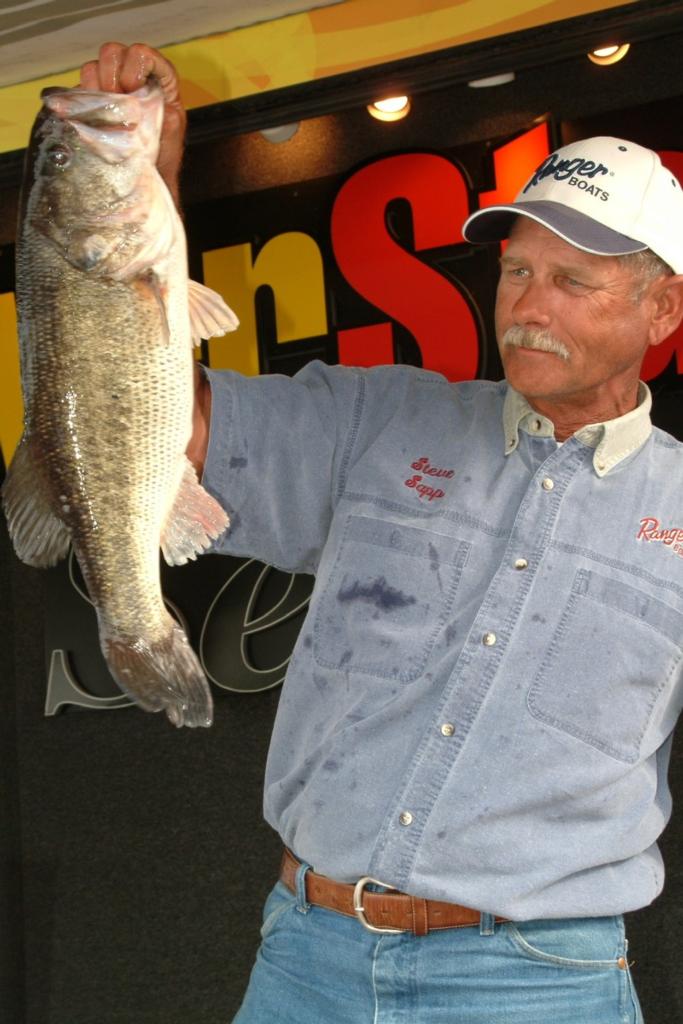 BETHEL ISLAND, Calif. – Heading into Saturday’s finals, Steve Sapp of Manteca, Calif., had no clue what his strategy was going to be. He didn’t know what baits he was going to throw, what areas he was going to fish or exactly how he was possibly going to come up with a large enough stringer to put pressure on day-three leader Bobby Barrack.

However, in the end, Sapp just went fishing – and walked away with the tournament title. On the strength of a two-day catch of 36 pounds, Sapp not only won, but he crushed the rest of the pro competition along the way.

“I’m still kind of in shock about this whole thing,” said Sapp. “This has just been an amazing week for me. Every single day things changed on the water. I lost a 6-pounder yesterday and thought that was going to cost me.

“I had a terrible performance on the first day. I was so sure I wasn’t going to be fishing this weekend that I called my girlfriend and told her to make plans for us. I wasn’t really even sure what I was going to do today. This is just unreal.”

With no real game plan, Sapp decided to cover a lot of water and try a wide variety of baits in an attempt to get anything going at all.

“I probably ran about two and a half hours today,” said Sapp. “I first went east, then south and then headed back to the middle part of the Delta. I was throwing Zoom Brush Hogs, FLW tubes, Senkos, frogs, and black and blue jigs. The stuff I fished today was different from what I fished all week. But I made some changes and everything somehow worked out.”

Sapp said that he targeted largemouth bass on a combination of rocks and tulles in about 3 to 8 feet of water. 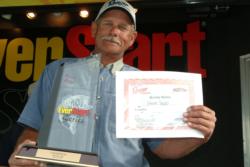 In the end, Sapp’s perseverance clearly paid off.

“Oh man, this is just the highlight of everything I’ve done fishing,” said Sapp. “This is the best I’ve ever done. I’ve won 24 pro-ams before, but this is the biggest for me. It’s just unbelievable. It’s just been a great week.” 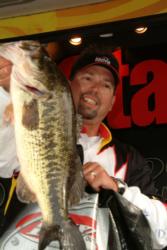 Ron Colby of Page, Ariz., managed to leapfrog from third place in yesterday’s competition to the runner-up slot during the finals after landing a two-day catch of 30 pounds, 15 ounces.

“I came out here swinging for the fences, and that’s what I did,” said Colby, who walked away with a $9,200 payday. “I had nothing to lose. It turned out to be a great week.”

Colby said he landed the majority of his catch on watermelon and green-pumpkin Senkos as well as a Bobby Barrack frog. 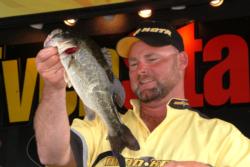 Heading into the finals, Bobby Barrack of Oakley, Calif., had the overall lead with a day-three catch weighing 19 pounds, 3 ounces. However, Barrack said he just could never get the big fish to bite when it mattered most.

“This is the first time I’ve ever made the finals, so I’m pretty happy,” said Barrack, who ultimately landed a total catch of 28 pounds, 11 ounces to finish with $8,500 in prize money. “I got to see some really nice fish today, but most of them just followed my bait and never bit. If there was a prize for following, I would have won hands down. But overall, I had a great time.”

Barrack said he used a variety of swimbaits as well as his signature Snag Proof Perfect frog. 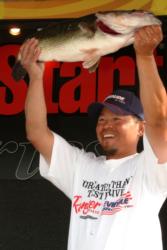 Had day-two leader Thanh Le of El Cajon, Calif., not stumbled in yesterday’s competition, he surely would have made a run for the tournament title. With only 9 pounds, 11 ounces heading into the finals, Le turned on the jets and brought a huge 17-pound, 6-ounce sack – including a whopping 9-pound, 8-ounce largemouth – to the scales today. Unfortunately, it was a little too late.

However, Le said he had no regrets.

“This place is just awesome. It’s been a great tournament,” said Le, who walked away with a fourth-place finish as well as a check for $7,550. “The key for me was having a lot of practice on this water. I got here three weeks ago and that really helped. My goal was to make the top 10, and I did that.”

Not only that, but Le also took home the prestigious 2005 Western Division points championship, an automatic berth in the 2005 EverStart Series Championship – slated for Pickwick Lake in November – as well as an invitation to fish the FLW Tour in 2006. 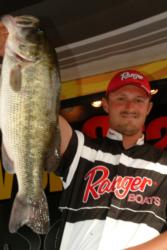 Sean Stafford of Fairfield, Calif., used a two-day catch of 26 pounds, 7 ounces to finish in the top five. For his efforts, Stafford won $7,050.

“It was tough out there today,” said Stafford. “I finally figured something out later in the day, but it was too late. If I had had another hour of fishing, things might have been different. But I had a great tournament, and I’ve definitely had a lot of fun.”

Rounding out the top 10 pro finalists at the EverStart California Delta event:

The top 40 co-anglers in the year-end EverStart Western Division points standings will receive an automatic invite to the 2005 EverStart Series Championship, slated to take place on Pickwick Lake in Florence, Ala., Nov. 2-5. The total purse for that event is $1 million.