D-day on the Detroit River 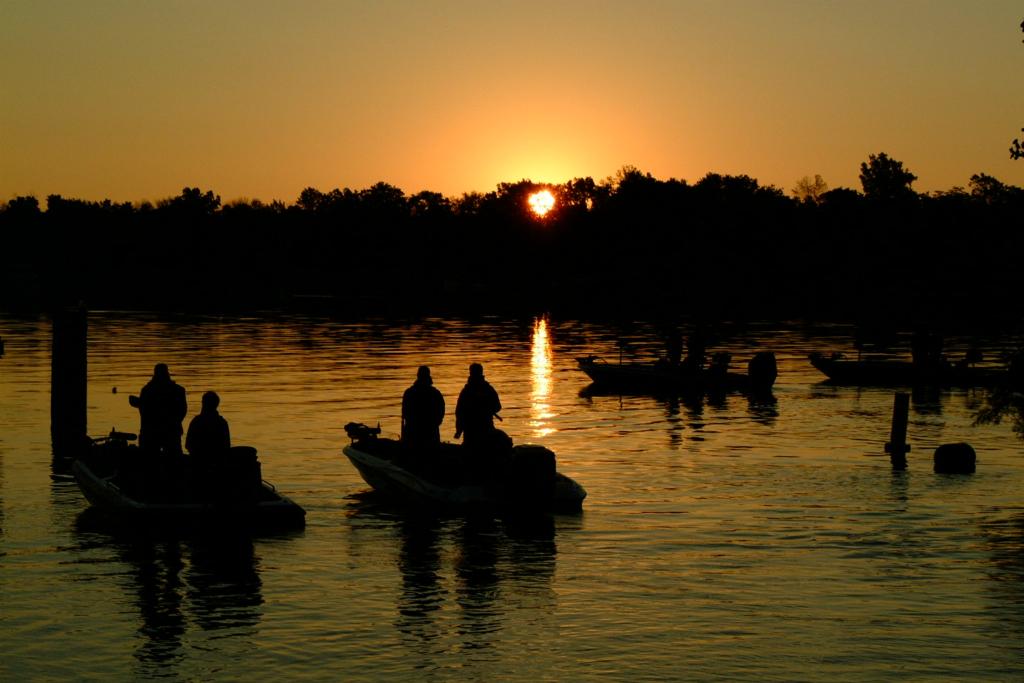 The EverStart Northern opener finalists stand in their boats on the Detroit River for the playing of the National Anthem. Photo by Patrick Baker.
July 23, 2005 • Patrick Baker • Toyota Series

TRENTON, Mich. – As the sun appeared on the horizon Saturday morning, spirits among finalists competing in the 2005 EverStart Series Northern Division opener were almost as high as the near-full moon that hung in the clear sky.

The smiles and laughter emanating from the group of finalists assembled at Elizabeth Park Marina in Trenton, Mich., along the Detroit River seemed more in keeping with a class reunion than the moments before the final day of fishing in a high-stakes competitive bass tournament. But the latter is, in fact, the case today, as the top 10 pros are vying for a top prize package worth as much as $60,000 or possibly better, and their co-angler counterparts are in pursuit of a top award that could be worth $35,000.

But the light mood spoke to the sportsmanship exemplified by so many of Wal-Mart FLW Outdoors’ anglers of the highest caliber, and the camaraderie that can develop among 20 anglers who have been competing hard against one another for days on end.

Pro Charlie Hartley of Grove City, Ohio, who enters the final day in fourth place, offered an animated description of one facet of the tournament that has also linked these gentlemen: the catching of countless sheepheads and drums. While preparing his boat for takeoff in the parking lot, he acted out how it has been nearly impossible to set down a tube-dragging rod, or even let up on manipulating the bait, for even a moment without hooking into very sizable, though unwanted, game species.

The anglers gathered around his boat laughed and each added a comment about their own difficulties this week getting their baits past these freshwater hogs to their desired quarry: smallmouth bass. But the incredible weights being registered this week prove that these skilled anglers have found a way to find the money fish.

Pro Chris Cox of Appleton, Wis., has had more success in a single day than any other angler thus far, having hauled in an incredible five-bass limit weighing 24 pounds, 15 ounces yesterday – a feat that has him entering the last day of competition in first place. However, with many 20-pound-plus stringers being brought in this week, he allowed that “I’m fishing by myself, which is something,” but said he’s not putting much stock in his current 3-pound, 12-ounce lead.

Only Cox, from Wisconsin, second-place Struif, from Illinois, and fifth-place Kiriyama, from California, hail from states that don’t abut Lake Erie, the body of water that is producing the big sacks in this Detroit River event. The rest of the top 10 on the pro side are either from Michigan or Ohio. The co-angler side of the top 10 looks much the same, with all competitors from either Michigan or Ohio save two representing Inidana and Kentucky.

But as the anglers took off shortly after 6:30 a.m. Eastern time for a final day of fishing, one thing was certain: A win is a win no matter where you pay your electric bill. 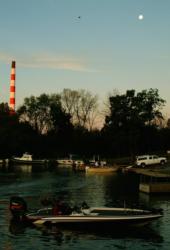 The winner in each division will be determined by heaviest accumulated weight from Friday and Saturday’s final-round competition. Pros are competing for a Ranger 519VX powered by a Yamaha or Evinrude outboard, Minn Kota trolling motor, Garmin electronics and EverStart Batteries plus $10,000 cash. Ranger also awards an additional $10,000 to the winner if he is a qualified Ranger owner for a total award of $69,000 in cash and prizes. The winning co-angler receives $5,000 cash, and if the winner is a Ranger boat owner, Ranger will award a new Ranger 519VX for a total prize package worth $35,000.

Today’s final weigh-in will be held at the Wal-Mart store located at 7555 Telegraph Road in Taylor beginning at 4 p.m. ET. It is free and open to the public, and families are invited to come early so children can fish in the trout pond beginning at 2:30 p.m.

Day’s outlook: Sunshine with a few afternoon clouds; expected high of 86 degrees with wind forecasted from the E at 5 to 10 mph