Hard-luck Larry leans into them, lands more than 20 pounds 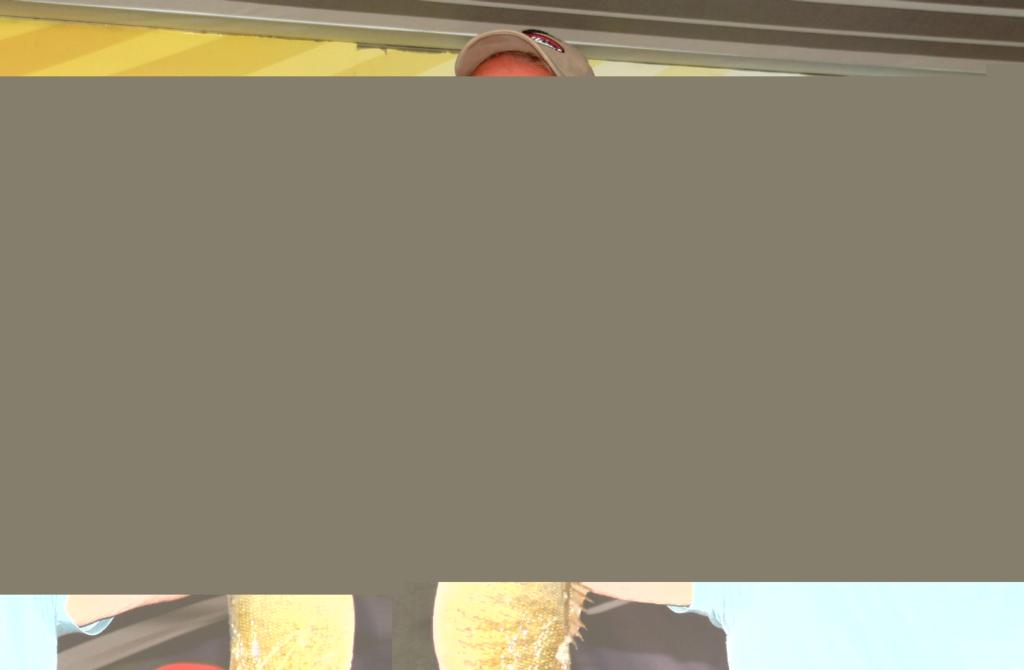 PLATTSBURGH, N.Y. – Larry Allard was recently thrown from a boat at top speed, he’s battling arthritis, and he has a class reunion he’s late for. But somehow, through it all, one of the best-humor men in Northeast bass-fishing circles found a way to catch more than 20 pounds of smallmouth bass Friday to take the Pro Division lead in EverStart Series final-round competition at Lake Champlain.

“Oh, I’m hurting. I’ve got arthritis, and I flew out of my boat at 60 mph last May. Plus, I’ve got a 50th class reunion to go to right now,” he said after Friday’s weigh-in. “On top of that, now I’m going to get razzed by all my friends because I’m a largemouth fisherman, not a smallmouth fisherman. So you can see it’s been a trying week.”

But don’t let the leader’s lament fool you. Allard, a pro from Ware, Mass., with decades of experience on Champlain’s waters, effectively put his knowledge – and his body – to work Friday and caught a five-bass limit weighing 20 pounds, 5 ounces. It was the day’s only catch over 20 pounds, and he gained a decent, 1 1/2-pound lead over a tight field of 10 pros who all caught limits in the first half of the finals.

Ask him how he did it, however, and it takes a little bit to arrive at the truth. But with Allard, at least the journey there is generally pretty entertaining.

“All week, I’ve been catching them on a scum frog with a propeller on the front of it,” he explained. “You’ve got to understand something; these bass are all in the weeds, and you need that propeller to bust through those weeds.”

A line of bull like that coming from almost anyone else but Allard might seem a little cheeky, but this is Larry talking. Eventually, coming clean, he said that he caught most of his keeper smallmouth bass Friday – and there were many of them – the same way a lot of pros have this week: on a spinnerbait.

While he wasn’t specific on exactly how he’s doing it – remember, he was late for a reunion – Allard did say that he planned on returning to his strengths and fishing for largemouths in the second half of the finals.

“Yesterday, I could have weighed in 25 pounds, but I lost a 5-pounder that busted my spinnerbait,” he said. “You’ll see tomorrow. I’m going to bring in what I’ve been saving until Saturday.”

Jason Knapp had zero practice time before this event, but as one of the most capable young anglers on tour, he had little trouble figuring out the fish quickly. It didn’t hurt that Knapp has already won at Lake Champlain before – as a co-angler – last year on the Wal-Mart FLW Tour.

“I actually had a smallmouth hole where I could catch a limit in about five minutes,” said Knapp, whose stringer today consisted of three largemouths and two smallmouths. “Today, I went flipping. I’m just flipping a tube and a couple different creature baits. Tomorrow, I’m going to flip a tube all day long and see what happens.”

Pro Mitch Pierson of Newton, N.J., has also had prior success at Lake Champlain with a top-10 finish in 2002. That trend continued when he placed third today with another limit of smallmouths, this one weighing 17 pounds, 4 ounces.

“Today was a little slower. I only caught about 30 fish,” he said. “But I’m actually saving one more spot for tomorrow.” 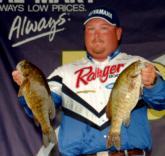 Jacob Powroznik of Prince George, Va., grabbed the fourth slot for the pros with a limit weighing 16 pounds, 3 ounces.

“This is the first cut I’ve ever made fishing for smallmouth,” he said. “It’s just like fishing for largemouths, which like wood cover. It’s the same with smallmouths; they just like rock.”

Like Powroznik, pro Gerald Beck of Lexington, N.C., is another Southerner who’s grown appreciative of the Champlain bass fishery. He claimed the fifth slot with a limit weighing 15 pounds, 14 ounces.

“You can’t catch this number of fish and this quality of fish on any other body of water,” Beck said. “And I’ve been to a lot of lakes.”

Rounding out the top 10 pros heading into Saturday’s action at Lake Champlain:

A good chunk of them had some good weights, but Chad Hicks of Rockville, Va., led the Co-angler Division with five bass weighing 15 pounds 15 ounces.

“When we could find some calm water, I caught my fish on a Rico popper,” said Hicks, who fished with Powroznik Friday. “But it was pretty windy most of the day. When the wind blew, we burned chartreuse-and-white spinnerbaits just under the surface to catch them. It was a lot tougher today than yesterday. I struggled all day to get what I got, and I only caught seven or eight keepers.”

Tucked in behind Hicks was Rex Magargle of Turbotville, Pa., who stayed in the second position for the co-anglers with a limit weighing 15 pounds, 12 ounces.

“What happened this week for me was I drew three good partners who wanted to fish for smallmouths,” Magargle said. “I’m just dragging some plastic around.”

Third place for the co-anglers went to Bobbie Barfield of Spring Grove, Va., for a limit weighing 14 pounds, 11 ounces.

Day four of Northeast Division competition at Lake Champlain begins as the final-round field of 10 boats takes off from Clinton boat ramp in Plattsburgh at 6:30 a.m. Eastern time Saturday. Friday’s weights carry over to Saturday, and each division’s winner will be determined by two-day combined weight.