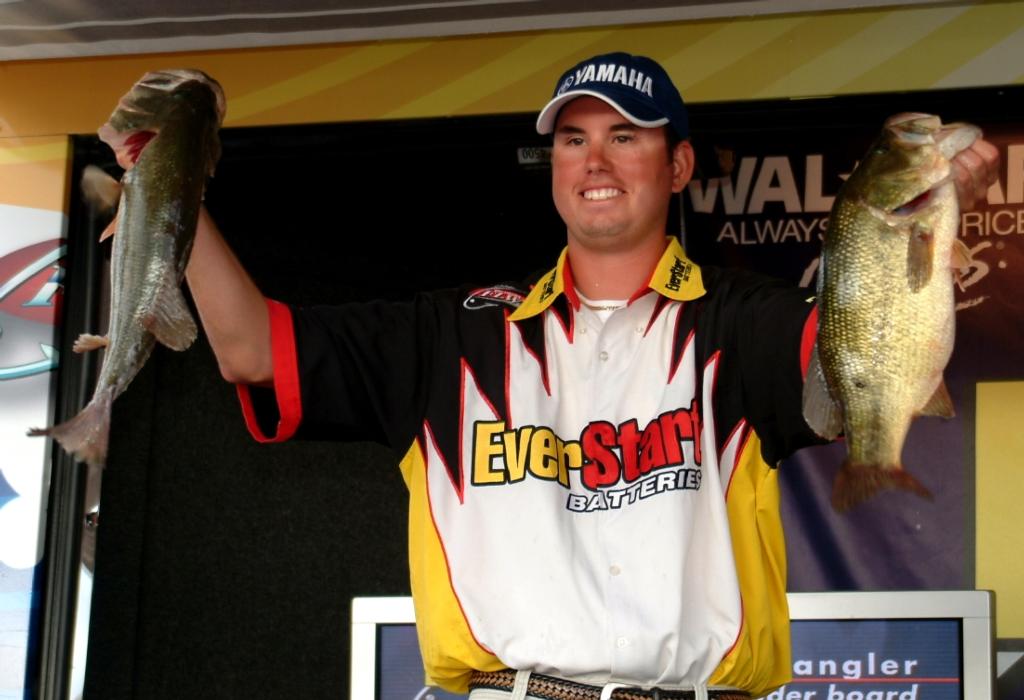 PLATTSBURGH, N.Y. – The last time Jason Knapp won an FLW Outdoors tournament, he was a fresh-faced kid out of Uniontown, Pa., with stars in his eyes and a bag of tricks full of Mizmo tubes. But don’t let his youthful nature fool you: Jason Knapp is a killer fisherman, especially at Lake Champlain.

Fishing the Pro Division, Knapp handily won the EverStart Series Northeast Division closer Saturday with a final-round weight of 38 pounds, 6 ounces. In 2004, he also won the Wal-Mart FLW Tour event here as co-angler, taking home $40,000. This week, he collected $9,600 in EverStart winnings plus a new Ranger 519VX – all told, a package worth over $50,000.

While his earnings have shot upward, about the only thing about Knapp that has changed since he last won here is his impact on the tour. At 24 years old, he’s still a fresh-faced kid, but anyone who fishes against him at Lake Champlain had better shield their own eyes from his star power.

“I don’t know what to say,” he said. “I’ve been dreaming of this moment forever, ever since I started fishing the BFLs when I was 16. This is just a dream come true. It’s so true: I love New York. Without a doubt, this is the best fishery on the planet.”

Knapp won this event by virtue of his catch Saturday, and he had to earn it. All 10 pros caught five-bass limits both days of the final round, which is no surprise at this awesome fishery. Knapp had posted a second-place weight of 18 pounds, 13 ounces Friday, and then wowed the crowd Saturday with the leading limit of the day, 19-9. Larry Allard, who led the pros yesterday with a bag over 20 pounds, came up short today and finished in second place more than 4 pounds behind Knapp.

As expected, largemouth bass seemed to play the key role in the victory. Of the 10 fish Knapp weighed in during the finals, seven of them were largemouths.

“I found one log that I absolutely smoked them on,” said Knapp, who reluctantly admitted that he fished the upper end of the lake. “I basically had it all to myself all week long, and it was just loaded with smallies. But I knew, to win this thing, I had to change the last two days and go for largemouths. I would catch my limit of smallies pretty quickly and then go flipping shallow, and I was able to do that everyday. I didn’t lose a fish all week and I made good decisions. I’ve done all I can do.” 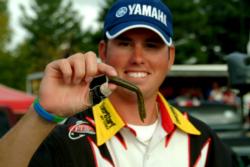 A lot of the top pros were catching smallies on spinnerbaits with a fast retrieve this week. Carolina-rigged lizards and drop-shots were also popular. Knapp, however, stuck with a 4-inch green-pumpkin Mizmo tube for most of his fishing, smallmouth and largemouth – the same kind of bait that won for him here over a year ago.

“The log where I caught those smallies was in 5 or 6 feet of water. It’s extremely shallow to be able to produce that amount of fish,” he said.

One aspect of Knapp’s win that might prove a little frustrating for all the pros who spent days prefishing for this tournament is that he didn’t practice at all before this event. He ran around the lake a little on Tuesday afternoon, but he couldn’t get here before then due to prior commitments.

But he certainly didn’t seem bothered by it.

“Lake Champlain is the best in the world,” he said. “It’s almost like you can find too much stuff to fish. You just want to concentrate your efforts in one area, and I found one area and stayed close. My largemouth spot was within two or three miles of that log; you could almost see it from there. I like fishing for shallow largemouths, so this place kind of just plays into my hands.”

Rest assured, this will not be the last time you hear from Jason Knapp. Between his FLW and EverStart wins here, he also fished the Northern Division event at Lake Champlain in 2004. That week, he posted 19 pounds on day one and might have made a title run then, too, if he hadn’t been ambushed by boat trouble on day two. At such a young age, Knapp already has five FLW top-five finishes as a co-angler, including two this year.

Word is, he’s moving up to the front of the boat at the elite level next year, and the FLW Tour is returning to Lake Champlain in June. Look out.

Allard hangs on for second

Allard caught the heaviest limit Friday, then almost caught the lightest limit Saturday and managed to hold on to finish second with a final weight of 34 pounds, 3 ounces. The pro from Ware, Mass., earned $9,600.

Despite his stated desire to fish for largemouths Saturday, Allard came in with a limit of smallies that weighed 13 pounds, 14 ounces. Why? He said that he found somebody else on his largemouth spot this morning.

“I went there and (Knapp) was already there,” Allard laughed.

He was joking, of course; he and Knapp fished completely different areas. Besides, Allard has fished Lake Champlain for 55 years; even if somebody was on his primary spot, it’s a safe bet that he has backups.

Still, on Saturday he found he just couldn’t tear himself away from the spinnerbait smallmouth bite that got him this far.

“No little fish bite that spinnerbait ,” he said.

Jacob Powroznik of Prince George, Va., finished third and collected $8,650 with a final weight of 34 pounds. He caught smallmouths Saturday.

“The sun really needed to shine for the big ones to bite,” he said. “We were fishing a rock pile in water 33 to 20 feet, and I caught a 4-pounder there everyday. My co-angler (winner Jason Sherwood) caught a big one on a Carolina rig, so I picked mine up and we stayed out there and caught them all day.”

“I’m speechless. This lake is unbelievable. That’s my second 18-pound bag this week,” he said. “This is my first EverStart event, and you can be sure there will be many more to come.” 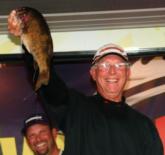 Veteran pro Gerald Beck of Lexington, N.C., finished in fifth place and collected $7,150 with a final weight of 32 pounds, 7 ounces.

“It’s an awesome lake,” he said about Champlain. “Y’all can’t imagine how good it is until you fish some of the lakes around the house back home where you go out and catch five or six fish and call it a good day. I have no idea how many fish we caught here this week.”

Rounding out the top 10 Pro Division finishers at Lake Champlain:

The next EverStart Series event is the final regular-season tournament of the year. It’s the Northern Division closer on the Detroit River at Trenton, Mich., Sept. 21-24.

The EverStart Series Championship will be held on Pickwick Lake at Florence, Ala., Nov. 2-5.