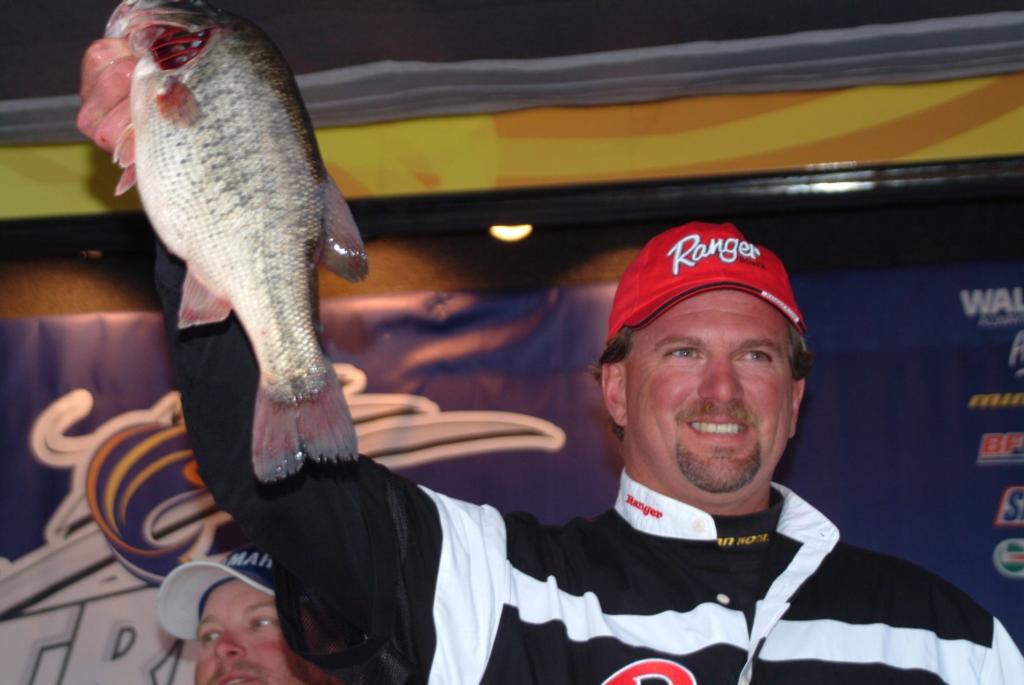 LAKEPORT, Calif. – Heading into the finals of the Stren Series Western Division event on Clear Lake, Jimmy Reese of Witter Springs, Calif., didn’t want to make the same mistake he made a month earlier at Lake Havasu. After qualifying for the finals in second place, Reese could only muster a 1-pound, 13-ounce stringer on the last day of competition at Havasu – a result which dropped him all the way to fifth place in the final standings. This time, however, Reese was determined to write his own ending and ensure a storybook finish. 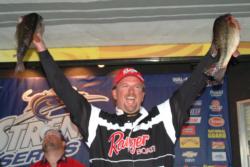 Ironically, in the end, he need not have worried as his final script turned out to be somewhat anticlimactic. Using a final-day catch of 20 pounds, 15 ounces, Reese simply blew away the rest of the competition, netting a two-day total of 40 pounds, 8 ounces and outdistancing himself from his nearest competitor by almost 6 full pounds.

Finally, the Stren Series title he’d been seeking for years was now his.

“It’s awesome. To win a tournament of this magnitude is just the highlight of my career,” said Reese, who walked away with the tournament title, a brand new Ranger boat, and a cash and prize package worth over $60,000. “I had a lot of fun today. This is my first big win. But I’ll tell you, I really was a nervous wreck the whole time.”

Reese may have been nervous, but you would have never known it by the quick success he had almost immediately upon leaving the marina this morning. Heading into the finals, Reese had a 1-pound, 9-ounce lead over second-place competitor Todd Woods. But within a few short hours, Reese began to steamroll the rest of the pro field.

“I saved my best spot for today, and I had a limit by 7:45 a.m.,” he said. “I caught all 21 pounds in that one spot in about three hours. It was an area that nobody really fishes, and it basically went untouched the entire time. As soon as we got there, we really whacked them.” 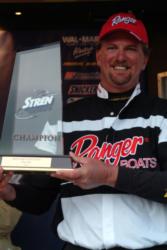 Reese, who said he didn’t lose a fish all day, used Roboworms on 8-pound-test line to land the majority of his catch.

In addition to winning the boat, title and prize money, Reese said the tournament victory boosted his confidence in another important way as well.

“I can finally lose the `I’m-Skeet-Reese’s-brother’ title,” said Reese, half joking but also realistically acknowledging the long shadow that his world-famous brother has cast over him for years. “Now, I have my own identity as a fisherman. This whole experience has just been fantastic. It’s really a dream come true.” 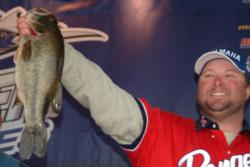 Despite a spirited comeback in the finals, Mike Tuck’s two-day total of 36-pounds, 7-ounces wasn’t enough to overcome Reese’s monster day. However, his second-place finish didn’t seem to dampen his spirits any.

“It was a lot of fun,” said Tuck, a resident of Antelope, Calif. “I caught a lot of fish and finally got to fish the way I wanted to today. I never gave up and kept grinding it out all day.”

For his effort in the finals, Tuck took home the runner-up trophy as well as a check for $10,000. 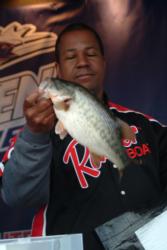 Using a total catch of 34 pounds, 13 ounces, Todd Woods of Murrieta, Calif., finished the tourney in third place, earning a check for $9,000.

“I’m just ecstatic with the way things turned out,” Woods said. “I found a great spot, and I must have caught about 60 fish off of it. This is only my second time fishing this lake, so I’m very pleased. This is truly an awesome, awesome, awesome fishery, I have to say.” 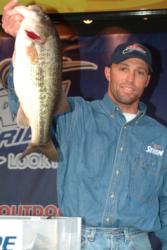 Languishing in ninth place heading into the final day of competition, Robert Lee of Angels Camp, Calif., knew he had to make a dramatic move if he was to have any shot at a tournament title. In the end, Lee reached down deep, fished as hard as he could and nearly pulled it off, turning in a 20-pound sack in the finals that vaulted him all the way to fourth place.

“It was really tough out there today. It was really cold, and it was tough fishing there for a while,” he said. “At 12:30, I had only two fish in the boat that weighed 2 pounds. And then I started to get mad. I made some adjustments, and later on in the afternoon, the fish started coming into my area. Then I started whacking them. In the end, I came up a little short. But overall, I can’t complain.”

Lee said his major adjustment was downsizing from a larger tube bait to a 4-inch tube with a 3/16-ounce weight and 20-pound-test line.

“That was the key adjustment for me, and it paid off,” said Lee, who ended up with a two-day total of 34 pounds, 4 ounces. 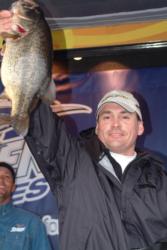 Although happy to make the finals, Jerry Fischer of Lincoln, Calif., said that he didn’t make the adjustments when it counted during today’s competition.

“Most of my quality fish kind of died on me today. And I probably should have downsized my bait,” said Fischer, who ultimately won $7,500 in prize money after recording a two-day catch of 32 pounds, 1 ounce. “But overall, I had a good time.”

Rounding out the top 10 pro finalists at the Stren Series Clear Lake event:

The next Stren Series event is a Southeast Division contest at Lake Eufaula in Eufaula, Ala., March 15-18.

The next Western Division tournament, the third event of the 2006 season, will be held at Lake Shasta near Redding, Calif., March 29-April 1.