The spawn is on 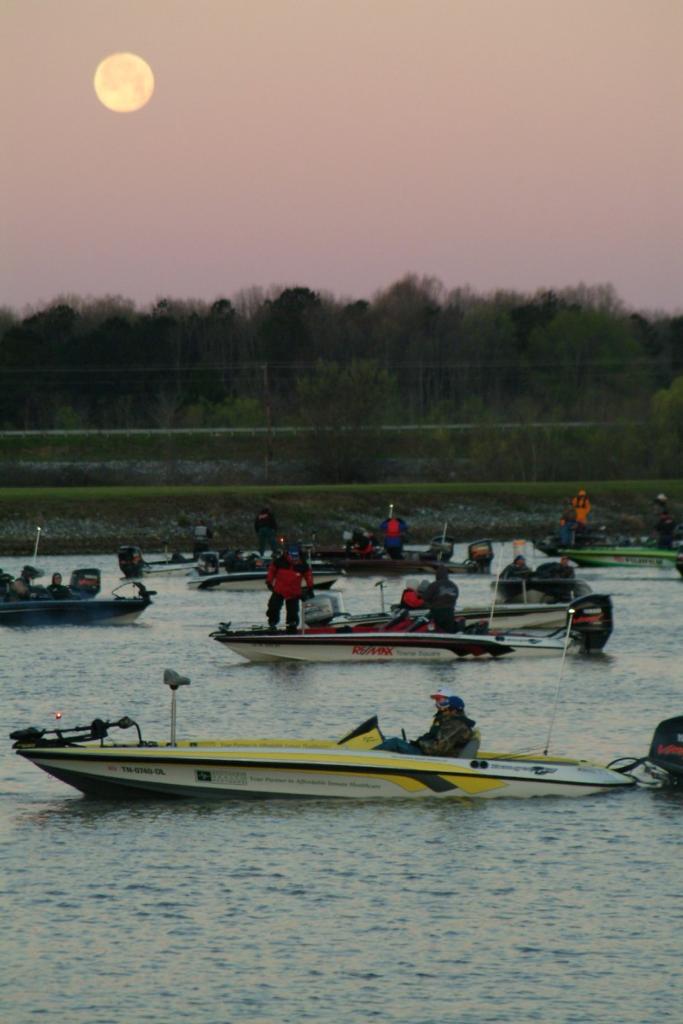 The third Southeastern Stren Series of the season launched under the full moon in March which means bass should be shallow. Photo by Rob Newell.
March 15, 2006 • Rob Newell • Toyota Series

EUFAULA, Ala. – A full moon in March and water temperatures between 65 and 70 degrees means one thing to the 200 pros and 200 co-anglers fishing on Lake Eufaula for the third Stren Series Southeast event of 2006: bass on beds.

As a result, chances are good that the four-day event will be dominated by shallow-water patterns. Sight-fishing will be a prime pattern, but so will spinnerbaits, Senkos and flipping.

Gadsden, Alabama’s Terry Tucker, pro winner of the last Stren Southeast Division tourney just up the Chattahoochee River on West Point Lake in February, says there are fish on beds, but he’s not going to fool with the fish he can see.

“I’d rather flip and pitch for them in stained water, where you can’t see them,” Tucker said. “There’s plenty of good water clarity down the lake to sight-fish, but my eyes just aren’t that good to fish for them like that all day.

“The good news is there are plenty of options here this week. The lake is down just a tad, but you can pretty much fish just about any way you want.”

The X factor this week will be Lake Seminole. Since anglers are allowed to lock, word at takeoff Wednesday morning was that some guys were seriously contemplating a run out of Eufaula down into Seminole.

“I fished down there (Seminole) in practice but didn’t find enough fish to go all that way for,” said pro Pat Fisher, who has made the run to Seminole in past Stren Series tournaments. “You’ve really got to have them stacked up and locked on to make that work, because you’re only looking at two to three hours of fishing time. But I’m sure some guys will go down there today.”

Anglers competing in the Pro Division will fish for a top award worth as much as $60,000, including a fully rigged Ranger 519VX powered by an Evinrude or Yamaha outboard, Minn Kota trolling motor, Lowrance electronics and EverStart batteries plus $10,000 cash. Pros will have the chance to earn an additional $10,000 bonus award from Ranger if contingency guidelines are met. Ranger will award another $3,000 to the winner if he or she is a participant in the Ranger Cup program, or $1,500 to the highest-finishing Ranger Cup participant. Yamaha will match 50 percent of Ranger Cup earnings if the participant meets “Powered by Yamaha” guidelines.

Co-angler competitors cast for a top award worth as much as $35,000, including a Ranger boat and trailer if contingency guidelines are met. Competitors will also be vying for valuable points that could earn them a berth into the $1 million Stren Series Championship in Decatur, Ala., for a shot at $140,000 in the Pro Division and $70,000 in the Co-angler Division. The highest finishing pro and the highest finishing co-angler from each division at the championship will qualify for the 2007 $2 million Forrest Wood Cup, where the winning pro will have a shot at bass fishing’s first $1 million prize.