Back to the starting line 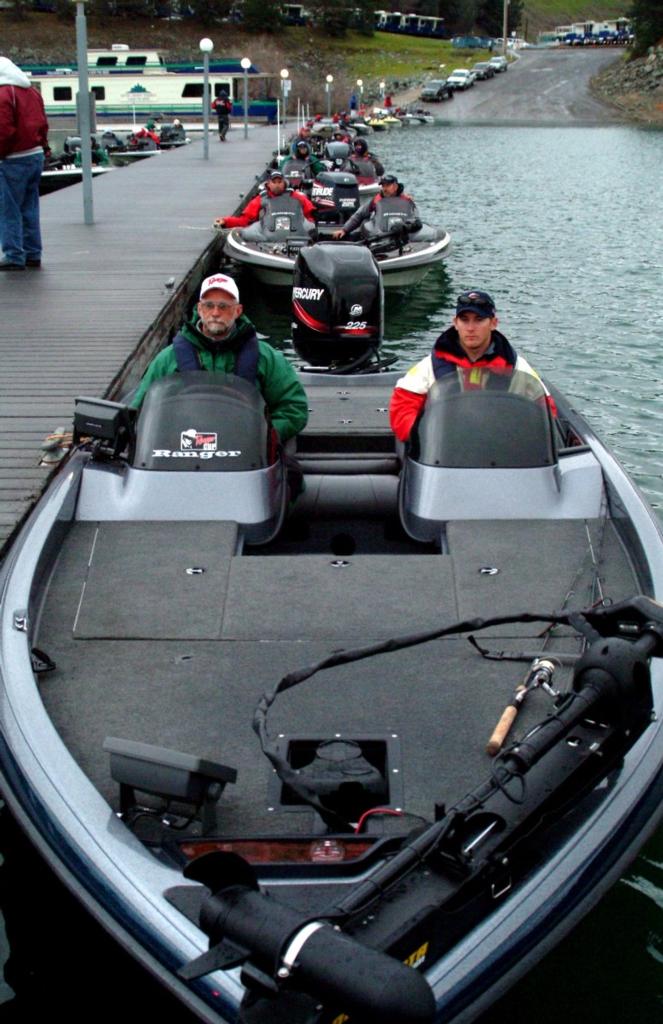 REDDING, Calif. – Local pro Jim Riley established an admirable 6-pound lead over the rest of the field the first two days of Stren Series Western Division competition at Lake Shasta, but that means little as everyone’s weights zero out and he faces off against a well-heeled top-20 field in the two-day final round.

“Tired. Nervous and tired,” Riley said, joking about his state of mind as he waited at the dock for takeoff Friday morning. “It’s not like there are any good sticks back there.”

One glance at the final-round competition at Shasta this week would make anyone tired. Taking off behind Riley was a string of past Stren Series champions and simply intimidating Western anglers.

In Boat No. 2 Friday was Gary Dobyns, perennial top-10 finisher and winner at the California Delta in 2003.

In boat No. 7 was Jimmy Reese, who won the last Western Division event at Clear Lake earlier this month. Reese has made every cut this season and has a definitive lead in the Western standings.

In fact, the winners from both of the first two Western events are fishing today. In addition to Reese, young phenom John Billheimer Jr. took off in boat No. 19. The 16-year-old won at Lake Havasu in February, becoming the youngest pro ever to win an FLW Outdoors event.

Add to that the threat of the local Shasta Lake pros, Bill Townsend (No. 6) and Bret Gouvea (No. 13), and it makes for one sleepless Thursday night. 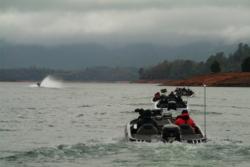 Conditions Friday are similar to what anglers have seen the first two days, cloudy and rainy, though the wind has picked up significantly. Expect those spotted-bass limits to keep coming.

Day-three weigh-in festivities begin at 4 p.m. Pacific time at the Wal-Mart store located at 1515 Dana Drive in Redding. Following today’s competition, both the pro and co-angler fields will be cut to the top 10 anglers for Saturday’s final round.