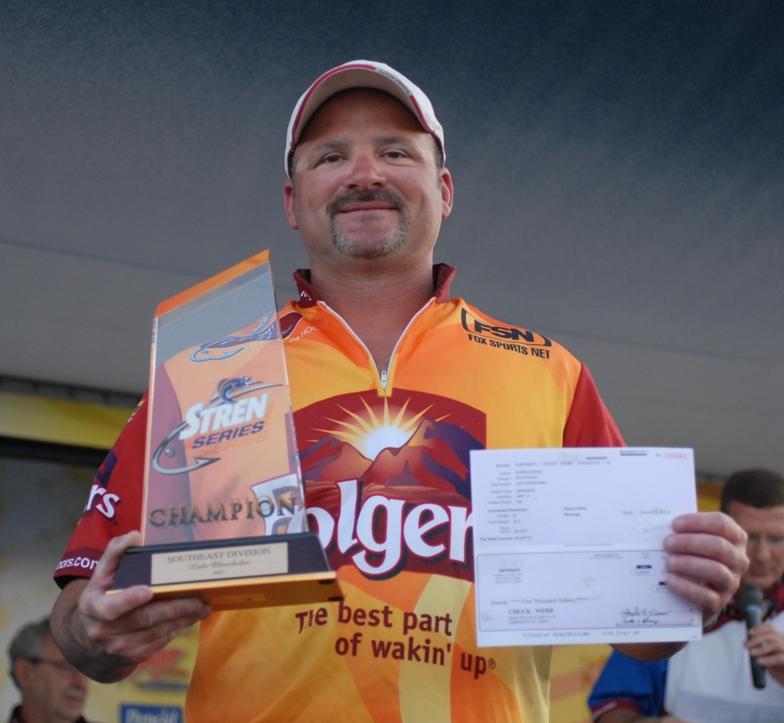 OKEECHOBEE, Fla. – Chuck Webb of Sarasota, Fla., caught the only five-bass limit from the back of the boat on day four of the Okeechobee Stren Series Southeast event, and he needed every single scale of those fish.

“That’s the closest I’ve ever been to passing out,” Webb said of the tense moment when Myhlhousen put his only keeper in the scales and came up 2 ounces short.

During the week, Webb fished around Horse Island, Indian Prairie Canal and Pelican Bay with his pro partners.

Today, he was paired with Scott Browning and spent the day in Pelican Bay fishing a Gambler 10-inch worm teamed with a 1/4-ounce weight tied to 15-pound Maxima Chameleon line.

“I only had two fish at 1 o’clock, and suddenly they turned on,” Webb said. “Both Scott and I started catching them pretty good for about 45 minutes. In that time, I finished out my limit.”

All week Myhlhousen fished a weightless Fluke to lead going into Saturday’s finals.