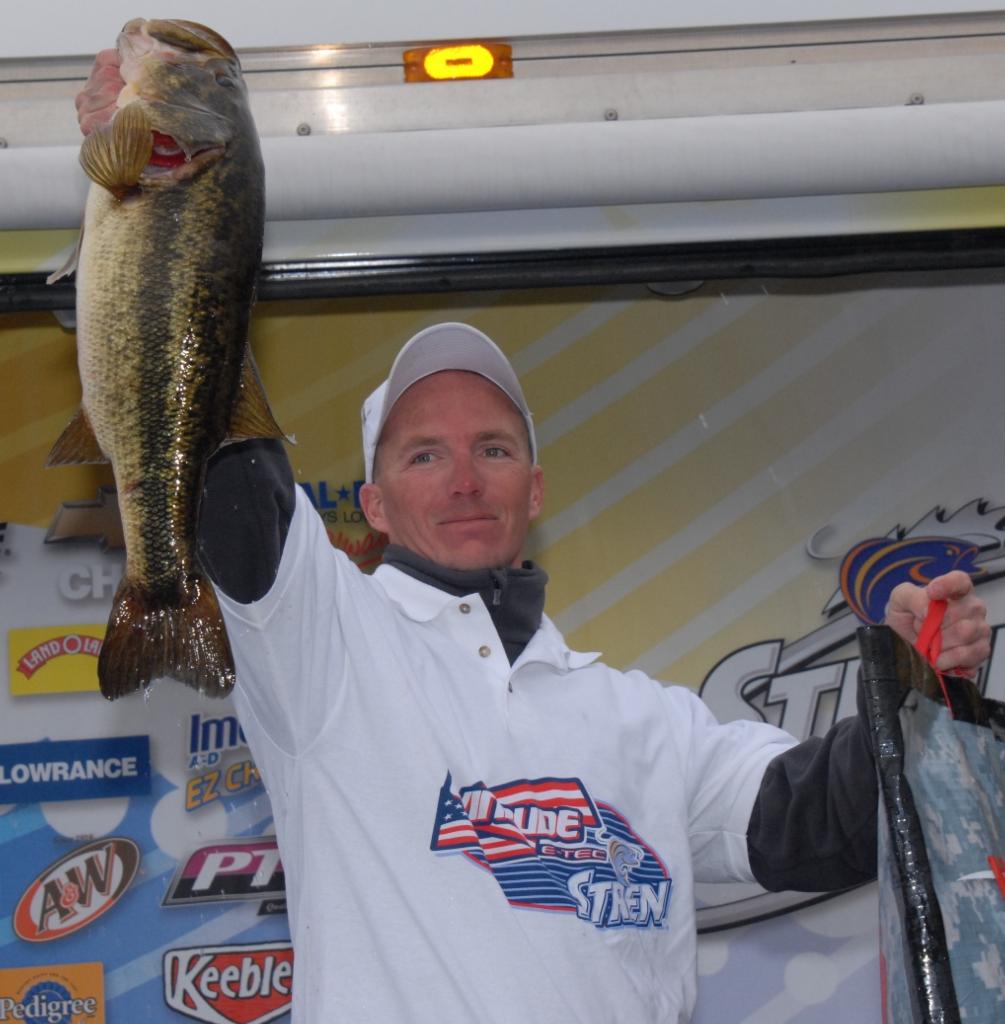 While Pegram’s winning four-day total of 31 pounds, 4 ounces was an impressive feat, given Lake Seminole’s stinginess this week, it might be his decision to have purchased a Ranger boat just a week ago that will make this win especially memorable.

That’s because Pegram’s Ranger-owner status, even though just seven days old, was all he needed to add a Ranger boat to his winning cache, which also included $5,000 cash.

“I can’t believe my timing,” Pegram said after his win. “I just bought a new Ranger, and now because of that, I just won another one. This is awesome.”

Pegram fished with pro winner Greg Pugh today and had to switch gears from his Allen Lures rattling, lipless crankbait to heavy flipping.

“After throwing the crankbait all week, it took me a little while to get used to that heavy pitching,” Pegram said. “But Greg was superhelpful to me. He showed me how to pitch the bait up into the air so it would punch through on the way down. After a while I got the rhythm of it, got that one bite, and it was a 6 1/2-pounder.”

Donald Roberts of Riverside, Ala., held his second-place position today thanks to a

Roberts fished with second-place pro Tony Davis where he Carolina rigged a Zoom Trick Worm for his catch.

“I caught one first thing this morning and then went six hours without a bite,” Roberts recounted. “Then, with about 20 minutes to go before we came in, I caught three in a row on the Carolina rig.”

Jimmy Anderson of Davie, Fla., caught a 7-pound, 4-ounce bass slow-rolling a spinnerbait today to finish fourth with a four-day total of 22 pounds worth $2,467.

Rounding out the top 10 co-angler finishers in the Stren Southeast event on Lake Seminole: