Stren Western wraps up season Saturday at the Delta 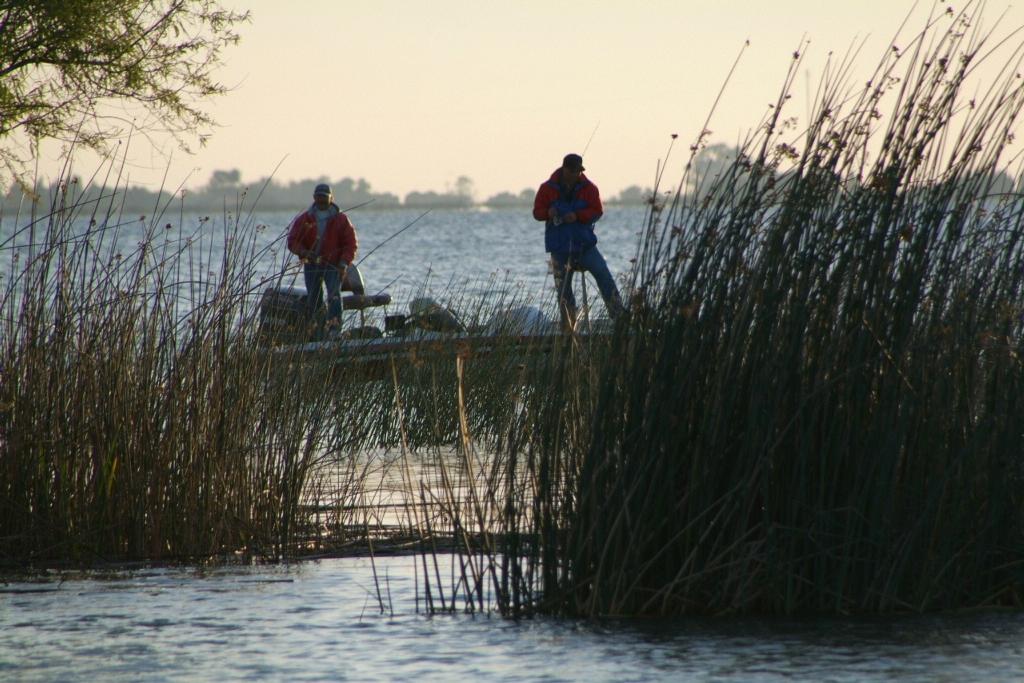 BETHEL ISLAND, Calif. – After three days of heavy bass action on the California Delta, the Stren Series Western Division points race has been decided. All that’s left now is to see whether the 2007 Angler of the Year, Jimmy Reese, can catch one last bag of pigs and also repeat as the Delta champion.

This one’s by no means over yet. Reese, who won the 2006 Western Angler of the Year and the Stren Delta tournament, has a lead of just over pound on second-place Rob Riehl. His cushion all the way down to 10th place isn’t that great, either. Just a little more than 9 pounds – the size of one good Delta largemouth – is all that separates Reese from 10th-place Mike O’Shea.

And while Reese has steadily caught sacks between 22 and 25 1/2 pounds all three days, Riehl’s efforts might give him pause today. Riehl has caught the heaviest sacks of bass – both near 30 pounds – the last two days. He said the only reason he didn’t do it the first day, too, was that his boat broke down.

Sprinkle in some intimidating Delta sticks like Zack Thompson, Justin Kerr and Robert Lee, and it’s obvious that Reese has his work cut out for him if he wants to make history as the repeat champion. Simply put, the winner Saturday will have to catch well more than 20 pounds of fish.

The week’s winning four-day weight? It’s anybody’s guess, but look for something between 90 and 95 pounds to take home the trophy.

The weather’s California nice, so that’s not a factor. If anything, it’s a little calmer Saturday than it has been all week. So those bed-fishermen might have an easier go of it in the shallows.

Both the pro and co-angler winners will be determined Saturday by four-day combined weight.

The pros are fishing for a top award of $25,000 plus a $40,000 519VX Ranger powered by an Evinrude or Yamaha outboard and equipped with a Minn Kota trolling motor, Lowrance electronics and EverStart batteries if contingency guidelines are met. Ranger will award another $3,000 to the winner if he or she is a participant in the Ranger Cup program. If the winner is not a Ranger Cup participant, Ranger will award $1,500 to the highest-finishing participant in the contingency program. Yamaha will match 50 percent of Ranger Cup earnings if “Powered by Yamaha” guidelines are met.

Co-anglers are competing for a top award of $5,000 plus a $30,000 Ranger boat and trailer if contingency guidelines are met.

Saturday’s final weigh-in will be held at the Wal-Mart store located at 4893 Lone Tree Way in Antioch, Calif., beginning at 4 p.m. Pacific time.