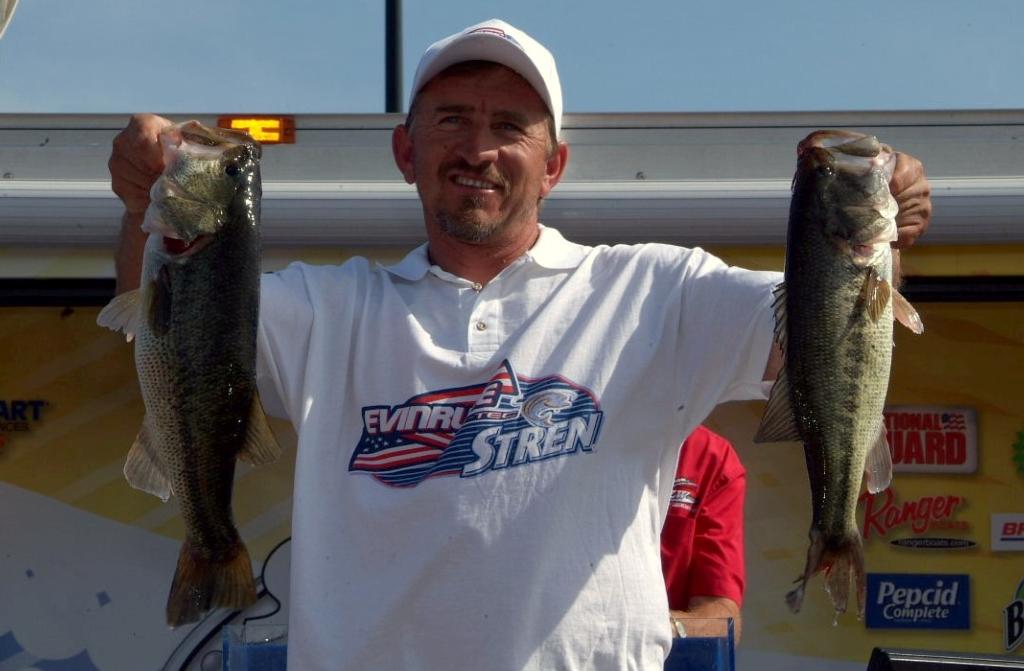 BETHEL ISLAND, Calif. – Mike Iloski just missed the cut at last year’s Stren Series Western Division event at the California Delta in 11th place. Not so this year, as he muscled his way into almost 65 pounds of fish and won the Co-angler Division at the season finale.

Fishing with pro winner Jimmy Reese, Iloski, a co-angler out of Escondido, Calif., caught his fourth heavy limit of the week Saturday – 15 pounds, 12 ounces – and finished with a weight of 64-14. All four days, Iloski never weighed in less than 15 1/2 pounds of bass.

“Jimmy’s just an awesome guy, and I had the funnest day I’ve probably ever had while fishing,” he said. “I still can’t believe I won this time. I didn’t get any sleep last night.”

Iloski said he’s thrown everything but the kitchen sink to catch his fish this week, though he relied heavily on jigs and a topwater rat. That didn’t change Saturday as he profited from fishing on Reese’s spots. 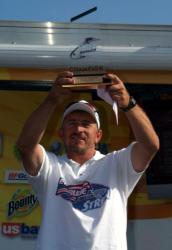 “Fishing behind Jimmy Reese was great. He definitely knows what he is doing,” he said. “This win is very redeeming because I’ve been close so many times. At the FLW Series stop here, I led the first two days and after that, the wheels just fell off. This feels great to kind of get back on my feet. Everything just worked.”

Iloski collected $5,000 and a new Ranger boat for the win.

Gary Haraguchi of Brentwood, Calif., finished fourth for the co-anglers and earned $2,287. He caught 12 pounds, 5 ounces in the finals and ended up with a four-day weight of 56-4. Haraguchi also won the top spot in the Western Division co-angler standings.

Rounding out the top five co-anglers was Young Yang of Los Angeles with a final weight of 53 pounds, 7 ounces. He collected $1,830.

Rounding out the top 10 co-angler finishers at the California Delta:

The next Stren Series event is a Central Division contest at Columbus Pool near Columbus, Miss., June 6-9.