Twenty-pound sacks at a premium early in the week 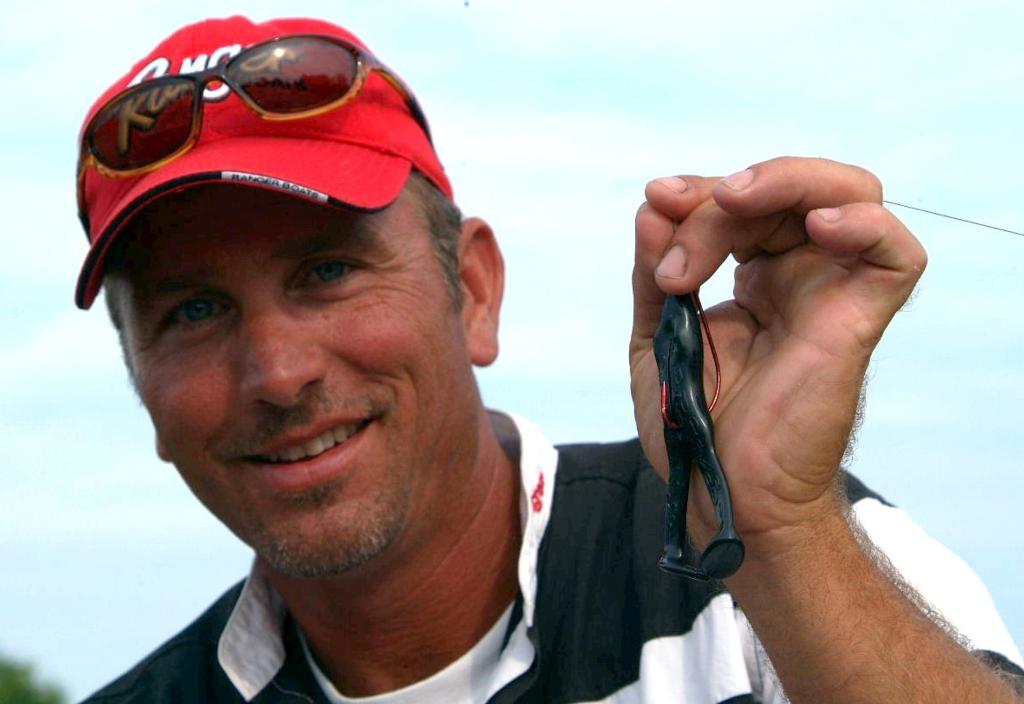 LA PLATA, Md. – The bassfest that is the Stren Series Northern Division opened Wednesday on the Potomac River and, true to form, the fish were flying. At the end of the day it was a local pro, Barton Wines of Warrenton, Va., who came up with the heaviest limit.

While they caught a lot of fish, for whatever reason it was actually a little tougher day than anglers usually see at the Potomac. Sacks over 14 pounds were hard to come by, and only the top two pros caught more than 20.

But the leaders, like Wines, didn’t encounter the same difficulties. He said he caught some 15 bass over 3 pounds and culled out his limit to include three 5-pounders, his kicker fish weighing in at 5-5.

“It all happened in an hour on the same spot,” he said about catching his keepers. “I caught my limit and left there, and my co-angler (Ron Tetrick) thought I was crazy. I could have done even better, but I didn’t want to. The key for me was not to burn them up, and I don’t think I did that. I don’t know if they’ll hold up for four days, but I feel pretty confident for tomorrow.”

Wines’ confidence stems from the area he’s fishing, plus a little wisdom gained from past tournaments here. Last year he won the Wal-Mart BFL Northeast Division Super Tournament on the Potomac and he placed second in BFL competition here two weekends ago.

“I’m staying right here within a mile (of the takeoff point at Smallwood State Park). I’m just flipping a stretch of water,” he said. “When I won that Super Tournament last year, the conditions were exactly the same. The water temperature, the weather, even the grass is in the exact same spot. Those fish haven’t moved more than a hundred yards from where they were last year. It’s just perfect.”

While he said it didn’t really matter what bait he flipped, he hinted that he owes his confidence to a secret – which he wouldn’t yet reveal – that he gleaned from another accomplished Maryland pro, J.T. Kenney.

Aided by a hefty 6-pound, 3-ounce kicker largemouth, Jerrod Lloyd of Vineland, N.J., took second place for the pros with the day’s other limit to reach 20 pounds.

“I was here for the FLW tournament (in June) and it was overcast the whole time,” he said. “For the first two days, I was flipping and I wouldn’t change up. I just refused to adjust. Today, I went back to my spot without any pre-fishing and they were still there. I caught all of my fish when the sun would break free. Every hour and half to two hours, I’d just stick another one. I culled four or five times.

“If you’re doing anything here other than fishing grass, you’re wasting your time. As long as you keep adjusting, the fish don’t leave, and you can keep catching them.” 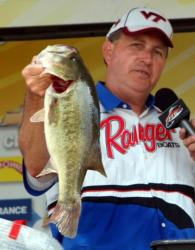 Pro Michael Hall of Annandale, Va., who won this event in 2005, placed third with a limit weighing 19 pounds, 6 ounces.

“It was just an incredible day, one you dream about,” he said. “It’s the biggest stringer I’ve ever caught in a tournament.”

Hall said he ran upriver in the morning to a fruitful spot he found about a week ago.

“After I located them, I left them alone. The fish were just thick this morning, and they were very aggressive,” he said. “Most of the time, the tide will affect the bite, but today they were so aggressive that they didn’t stop biting even at high tide. I must have caught at least three limits.” 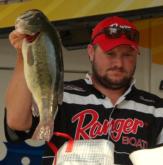 Sparky Petersen of Laytonsville, Md., and Thomas Wooten of Huddleston, Va., rounded out the top five pros. Petersen weighed in 18 pounds, 5 ounces for fourth place and Wooten caught 17-15 for fifth.

“I was flipping grass and culled out eight times,” said Wooten, who weighed in a 6-pound kicker fish. “I might have caught a little too many today, though. It’s a pretty little spot; I hope it’ll hold up.”

Rounding out the top 10 pros after day one at the Potomac River: 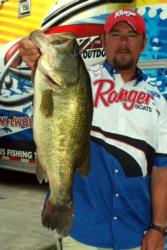 Each of the top 10 pros caught limits Wednesday.

Terry Olinger of The Plains, Va., won the Snickers Big Bass award in the Pro Division thanks to a 6-pound, 5-ounce largemouth.

David Williams of Fredericksburg, Va., popped a limit weighing 15 pounds, 10 ounces and took an almost-2-pound lead over the rest of the Co-angler Division.

Williams said he caught his fish on topwater baits.

Alan Hench of Pititz, Pa., placed second for the co-anglers with a limit weighing 13 pounds, 14 ounces.

Michael Baker of Laurel, Md.., took third for the co-anglers with a limit weighing 13 pounds, 13 ounces.

Rounding out the top five co-anglers was Charlie Reed of Hayes, Va., with a limit weighing 12 pounds, 10 ounces.

James Richardson of Harrison, Ohio, won the Snickers Big Bass award in the Co-angler Division thanks to a 4-pound, 11-ounce largemouth.

The co-anglers caught a total of 41 limits.

Day two of Northern Division competition at the Potomac River begins as the field of 173 boats takes off from Smallwood State Park at 6:30 a.m. Eastern time Thursday.