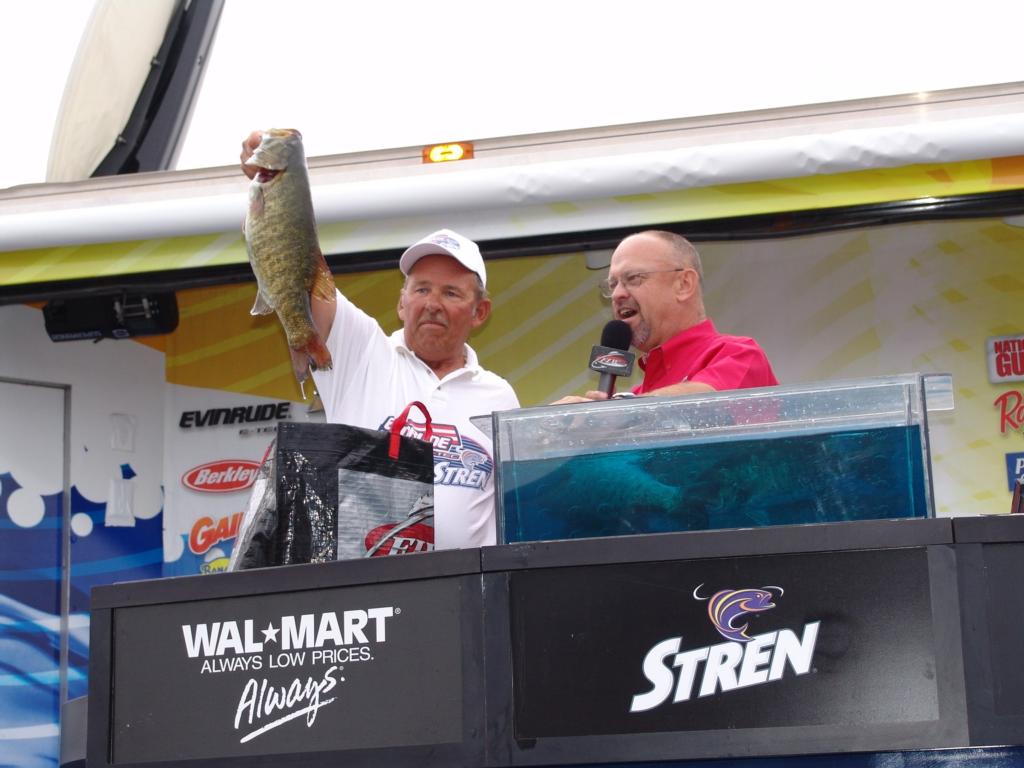 TRENTON, Mich. – Charles Hasty was so certain that his five-fish limit weighed no more than 15 pounds that he took a $20 bet with boater Koby Kreiger. Suffice it to say that the Toledo, Ohio, competitor was all too pleased to pay up when his actual weight of 17-9 completed a four-day total of 67-1 and sealed the co-angler title at the Stren Series Northern Division event on the Detroit River.

Kreiger and Hasty started their day fishing a flat in Lake St. Clair, but a north wind made the water too rough to fish, so they moved into the St. Clair River. “We could have probably stayed (on the flat) and 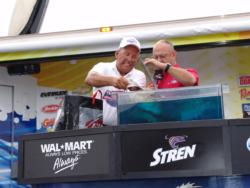 caught all of our fish, but it was too bumpy. The wind died down inside the river because we weren’t out in the open.

Adaptation was intrinsic to Hasty’s success. During the event’s three qualifying days, he used drop-shot and Carolina rigs. During the final round, he took a cue from other anglers.

“I had to throw tubes today,” Hasty said. “Several of the other pros around us on Lake St. Clair were whacking (the fish) on tubes, so I had to go with that. Whatever they’re on, you’re on.” 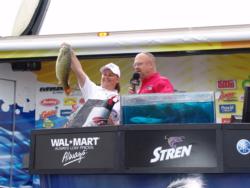 Second place went to Renee Hensley of Edwardsburg, Mich., who weighed 17 pounds, 3 ounces for a tournament total of 66-8. Hensley led the co-angler field on day two. Her tournament performance earned a third-place points ranking on the co-angler side of the Stren Series Northern Division. 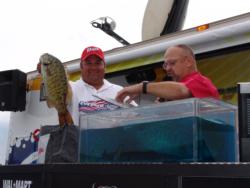 Lynn Baciuska Jr. of Afton, N.Y., took third place with 63-15 and rose to second place in the Northern Division points standing. Kris Thornton of Osceola, Ind., placed fourth with 63-11, and Jeffery Cox of Saline, Mich., was fifth with 63 pounds.

Rounding out the top 10 co-angler finishers at the Stren Series Detroit River event: