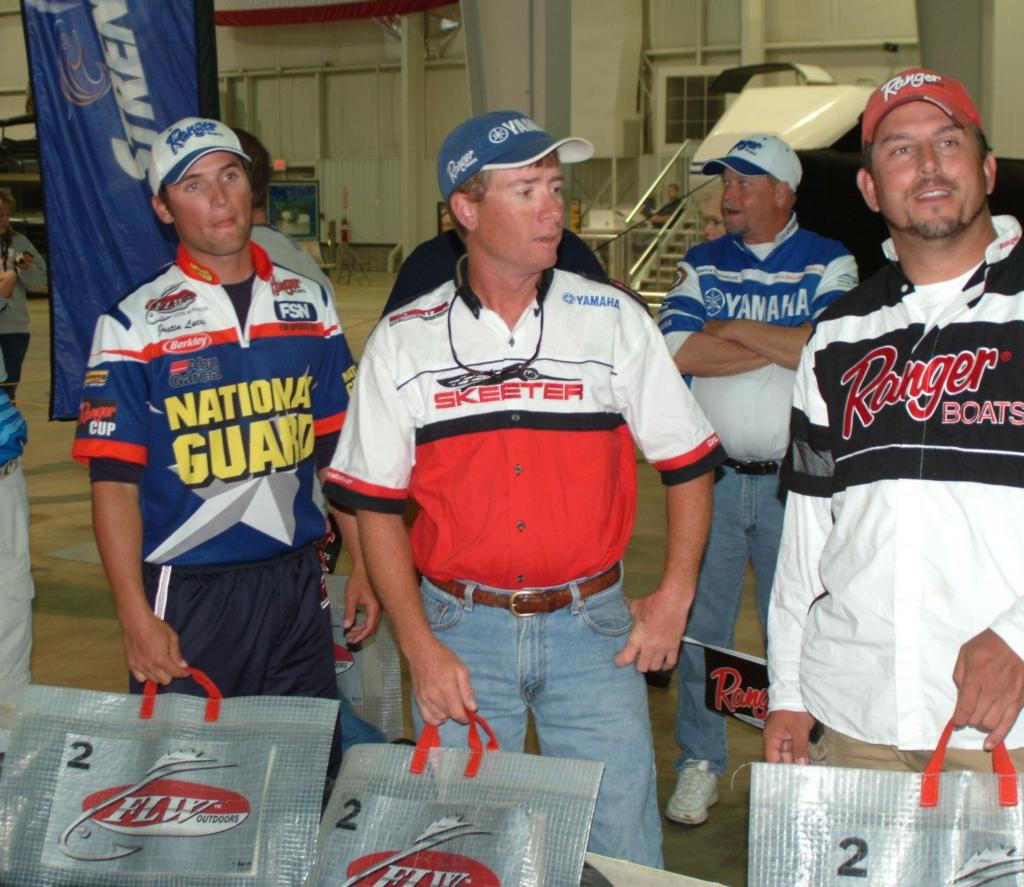 Daily Cupdate … In addition to the $1 million total purse, the Stren Series Championship will qualify five pro anglers and five co-anglers to the 2008 $2 million Forrest Wood Cup on Lake Murray. After two days of competition on the Mobile Delta, the smoke is beginning to clear and only a handful of anglers still have a shot at fishing for a first-place purse of $1 million. Mathew Saavedra of Redding, Calif., secured a spot as the only Western Division pro to make the top-10 cutoff. The remaining four divisions on the pro side are still up for grabs because there are multiple qualifiers from each division in the top 10. On the co-angler side, Young Yang of Los Angeles secured a spot in the Cup as the only Western Division co-angler to make the top-10 cutoff. Kevin McKnight of Versailles, Mo., finished 11th, missing the cut by 3 ounces, but still advanced to the Forrest Wood Cup as the highest finisher from the Central Division. Co-angler qualifiers from the remaining three divisions will be determined at the conclusion of tomorrow’s weigh-in. 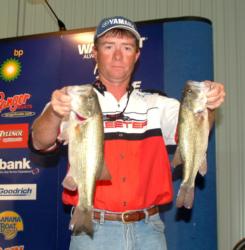 A rare breed … Although things look great for Robinson, the local stick, he wasn’t particularly pleased with his opening-round performance. “I lost a 5-pounder yesterday on my second cast, and I lost three 2-pounders today,” he said. “I honestly don’t feel like I deserve to still be in it.” With weights being zeroed across the board tomorrow, Robinson has as good as of a chance as anyone at claiming the tournament title. But this pro fisherman is a different kind of cat. For instance, why would an angler who lives in Mobile fish the Texas and Central Divisions? “Around here, you don’t catch fish on a Carolina rig. Over there in Texas, you can catch 15 or 20 bass on one point. If I could fish 20 tournaments a year, I would do it. I just like to fish. The worst part of these tournaments for me is when it’s over. I can’t get enough.” In addition to bass tournaments, Robinson also fishes local redfish, flounder and sea trout events. Talk about a fishaholic. 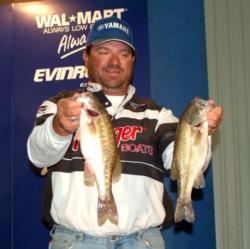 Lake Murray in Columbia, S.C. In addition to that, Curtis recently won the 2007 TTT Championship on the Sam Rayburn Reservoir and earned a total prize package worth $75,000. In his career, Curtis has four victories in FLW Outdoors competition, three on the TTT, including his first championship win in 2004. He also won a TTT qualifier in 2004 at Sam Rayburn. His other win was a Stren Series event on nearby Toledo Bend. In 2005, he also won the Stren Series points title as well as the TTT points title. “It feels good to be able to leave the state and still have that kind of success,” said Curtis. “This kind of fishing is totally night and day from what we do back home in Texas. I’m catching my fish on a spinning rod and a shaky head. That rod and reel has been sitting on the bottom of my rod locker for about two years.” So what has been the key to Curtis’ recent success? “My faith, first and foremost. Other than that, it’s just the skills that I’ve developed and sharpened throughout the years.”

Northern, Texas going strong … All five Stren Series divisions are represented on day two in the top-10 pro or co-angler lists, though the Central Division is missing from the top-10 co-angler tally. All total, the Northern and Texas divisions seem to be the strongest, as the Northern has six competitors in the top 10, four of which are co-anglers. The Texas Division has five in the top 10, three of which are co-anglers. The Central Division is particularly strong in the Pro Division, as four of the top 10 advanced through the Centrals.

1: Number of Western Division pros who qualified for the final round. 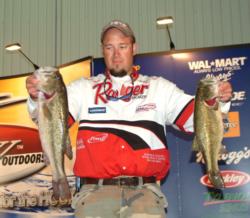 2: Number of keeper bass caught in the final 20 minutes by Greg Bohannan. Those two keepers secured his spot in the top 10.

4-7: Weight, in pounds and ounces, of the day’s heaviest bass. Two separate pros, Derek Hicks and Doug Riha, will share the award, since they each caught a 4-7.

“I drove 42 hours one way to catch that one fish.” – Atascadero, Calif., pro Gene Gray, who caught a single bass over the two-day opening round that weighed 1 pound, 12 ounces. 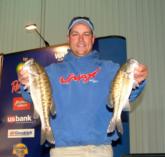 “There was five in there, but Duane’s like a magician: He makes fish disappear.” – pro Chris Novack, who weighed in only one keeper on day two. For the record, it was through no fault of Duane Link, the FLW Outdoors official fish bumper.

“My mom is addicted to FLW Live.” – Bohannan.

Tomorrow’s takeoff is scheduled to take place at 7 a.m. Central time at the Chocolotta Bay Ramp, located at 1595 Battleship Parkway in Mobile.