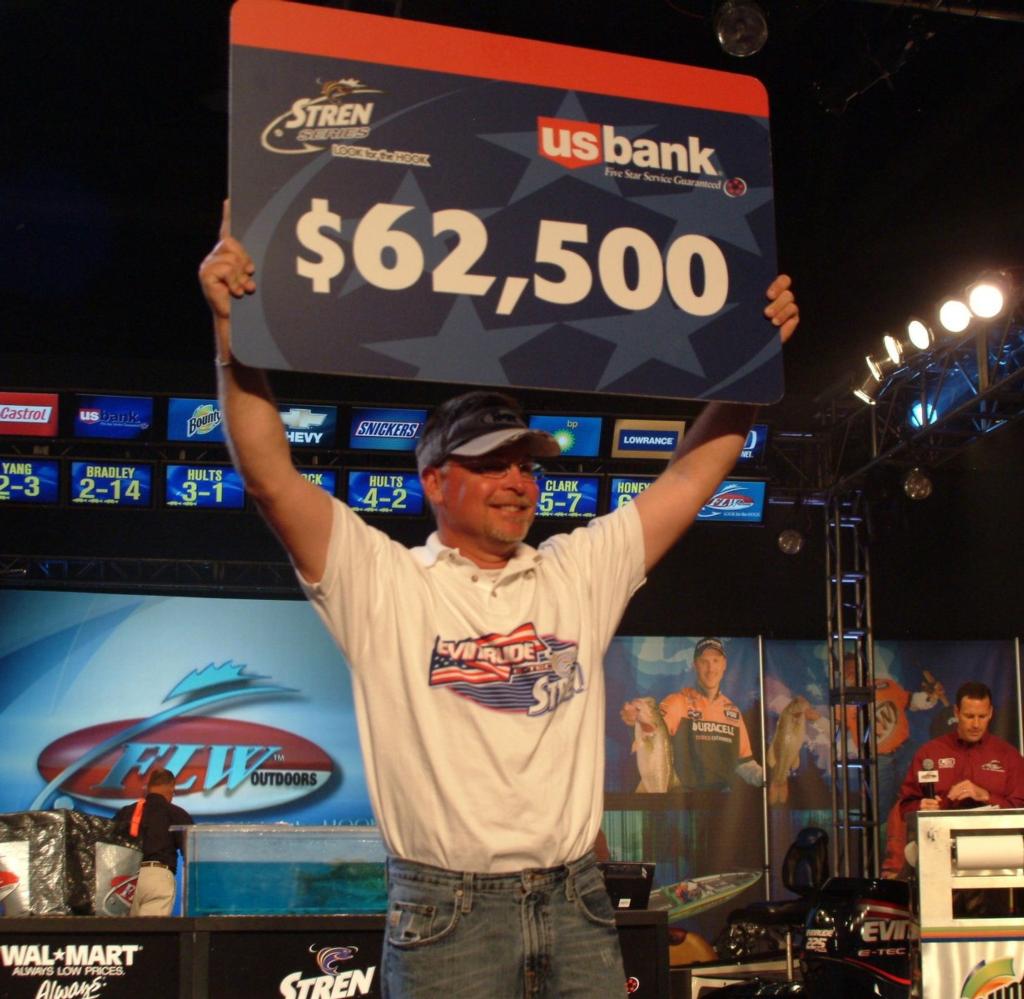 On Thursday, Honeycutt had caught just 3 pounds of Mobile Delta bass leaving him in 47th place after day one. And with just two fish in the well late on day two, things were not looking much better.

Then Honeycutt’s fortunes took a drastic turn for the better.

“My pro, Ott Defoe, pulled up to this one log, and then the most unreal thing happened,” Honeycutt recounted. “We started catching one fish after another; we caught 14 bass in the next 30 minutes. I finished a limit and then culled five times. I still can’t believe it happened.” 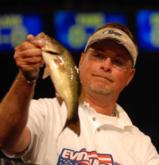 Honeycutt’s day-two weight of 7-2 got him past the top-10 cut in 6th place, pairing him with pro Nick Gainey on the final day.

The Texas co-angler brought his A game with Gainey today, catching 6 pounds, 12 ounces and giving Honeycutt his first FLW Outdoors co-angler victory, worth $62,500.

“Who would have thought that after catching 3 pounds the first day I would end up here in the winner’s circle?” Honeycutt asked. “After yesterday I became determined to win this thing, and I stayed focused on that all day – this is extraordinary.”

Honeycutt’s key baits during the week included a Picasso shaky head teamed with a 6-inch Zoom trick worm, a 3/8-ounce Red Dot spinnerbait and a No. 5 Shad Rap.

“I caught most of the fish on the Picasso shaky head,” he said. “But each day I caught a key fish on the spinnerbait. And as for the Shad Rap, that’s something I learned with Defoe yesterday. I caught one of my better fish on it today.”

Finishing in second place was Josh Clark of Horton, Mich., who reeled in a limit weighing 5 pounds, 7 ounces today, giving him a finish worth $11,000.

“The real key for me was drawing Matt on day one and David today, because they were both fishing the same place, way up the Alabama River,” Clark said. “When I found out I was going back up there again today, I got pretty excited.”

Clark also credited Mark Goines with giving him a bag of Berkley Power worms, which helped him land several key fish on a shaky head and Texas rig.

Bo Middleton of Elgin, Okla., finished third with three bass for 4 pounds, 3 ounces, worth $3,735. But that’s not all Middleton will take home from the Stren Series Championship.

Middleton ended up being the 2007 Stren Series Co-angler of the Year by virtue of having the highest points total of all the co-anglers who fished the Stren Series this season, including the championship.

“To leave here with a Ranger boat is an awesome deal,” said Middleton, who fished the Texas Division this year. “I had to beat out about 1,000 co-anglers to win it, so I’m pretty pleased with that.”

Middleton noted that a Trick worm teamed with a Gigi Head was the key to his co-angling success this season.

“It worked for me on Lake Amistad, Sam Rayburn and Texoma,” Middleton said of the Trick worm-Gigi head combo.

Rounding out the top five was Kenneth Merlock of Mayslanding, N.J., with two bass weighing 3 pounds, 5 ounces, worth $2,905.

Rounding out the top 10 co-anglers in the Stren Series Championship in Mobile: