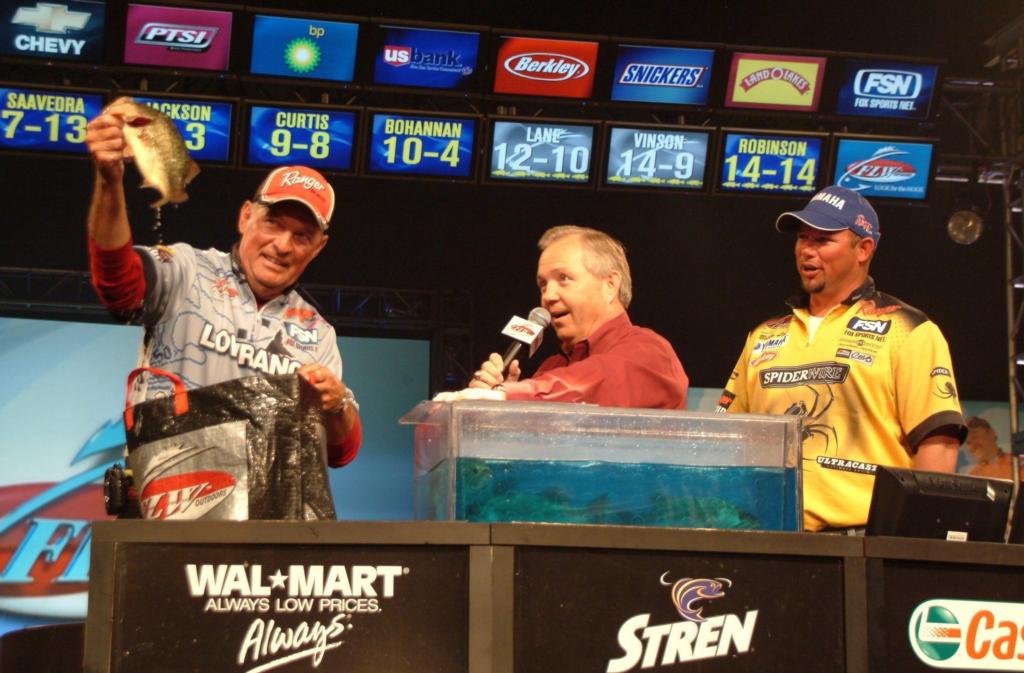 Cup bound … The 2007 Stren Series season is complete, and with that comes five pro berths into the 2008 Forrest Wood Cup on Lake Murray in Columbia, S.C. Representing the Central Division will be Greg Bohannan of Rogers, Ark. Representing the Southeast Division will be Mike Jackson of San Mateo, Fla. Mathew Saavedra was the only pro from the Western Division to make the top-10 cutoff, so he clinched his Cup berth on Friday. Fittingly, TTT Championship winner David Curtis will represent the Texas Division, and Nick Gainey will fish for the Northern Division. Young Yang of Los Angeles was the first of five co-anglers to secure a spot as the 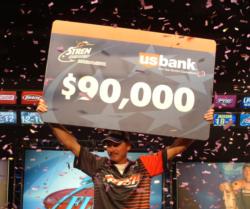 What am I doing in the water? … On day two, pro Jason Knapp was feeling a little woozy while fishing from the deck of his boat. The Uniontown, Pa., angler was sick during practice, but with a $1 million total purse at stake, he decided to suck it up and fish. “I remember telling my co-angler that I was feeling dizzy, and then, the next thing I know, I’m tasting saltwater,” Knapp told the Mobile Press-Register. His co-angler partner, Ed Piwonski, saw him tumble face-first into the Delta. Thankfully, he bobbed up immediately, and no rescue was needed. The first thing Knapp said when he popped up was, “What am I doing in the water?”

Fishing your strengths … It’s interesting to note how different anglers approached a diverse tidal fishery such as the Mobile Delta. Noted southern flippers Bobby Lane, Gainey and Jackson stuck to their roots and flipped mats near Mobile. Bohannan, who calls Beaver Lake home, went with a spotted-bass pattern, while the lone Western pro, Saavedra, was throwing swimbaits. The lone 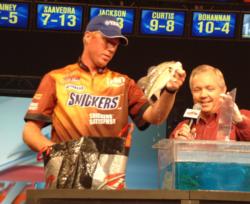 exception was Curtis, who stepped out of his comfort zone of burning a big DD-22 and picked up a spinning rod and a shaky head. Curtis said that particular rod was at the bottom of his locker and hadn’t been used in over two years.

Record runs … A handful of the top 10 pros stayed close to the launch this week and fished mats for marsh bass. Another handful of anglers traveled 60 miles each way to catch their fish. And yet another group of fishermen ran to unthinkable distances, some as far as 112 miles each way to the Claiborne Lock and Dam. Curtis was one of those pros to make the really long run, the run that required him to purchase fuel twice each day. The big question all week was where these anglers were purchasing their fuel. Curtis said there is a retail gas station 53 miles from the Chocolotta Bay Ramp. The station is on the water, but is located in the back of a river oxbow. “Getting gas quickly was really important because we were all competing for the best spots. It was basically like a NASCAR pit stop.”

Big stage next for Bohannan … Without question, Bohannan will be one to watch next season on the FLW Tour. From an outsider’s perspective, this young pro has his head on straight and is fully prepared to compete against the best bass fishermen in the world. Bohannan quit his job last March to start fishing professionally full time, a story often heard from many anglers who make the same sacrifice in pursuit of their dreams. That story doesn’t always have a happy ending, but the early results look promising for the Yamaha pro. “My goal next year is to win Rookie of the Year,” he said. “I already have the Cup berth, and that was goal No. 2, so that’s a huge burden off of me.” 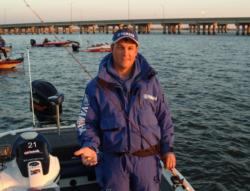 Cochran’s best friend … George Cochran may owe Bohannan a huge Christmas present this year. Bohannan was the No. 12-ranked BP Eastern Division pro from the FLW Series, meaning he was set to compete in the East-West Fish-Off. But he already qualified for the 2008 Forrest Wood Cup through the Stren Series, so it might not make sense to travel all the way to Lake Amistad. If he chose not to go, No. 31-ranked Cochran would presumably take his place. “George is a real good friend of mine, and if it created a spot for him, I don’t think I would go,” Bohannan said.

50: Number of push-ups tournament official Tim Porter claims he does each morning. 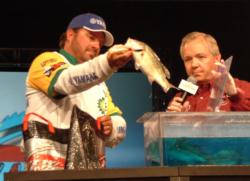 1,000: Estimated number of miles traveled during the tournament each day, in total, by Curtis, Greg Vinson and Saavedra.

1,250: Estimated number of dollars Curtis spent on gasoline this week during practice and the four-day tournament.

137,280: Number of dollars earned by Curtis this season in FLW Outdoors competition. Amazingly, Curtis did not fish any tour-level competition in 2007.

2: Number of FLW Outdoors victories for Bohannan in 2007. He won the third Stren Series Central Division qualifier on the Columbus Pool and a BFL Super Tournament on Lake of the Ozarks.

“I played college football at Arkansas Tech, and I used to throw up before every game. I kind of feel like that now.” – Bohannan, shortly before weighing in his day-four catch. 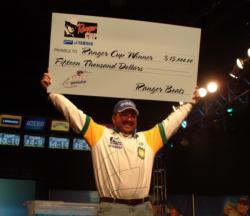 “I’m going to go back to the boat and wonder why I just won another $15,000.” – Curtis, who won the Stren Series Ranger Cup program and apparently doesn’t pay attention to contingency details.

“Nineteen of the 20 fish I caught came on the Davis Shaky Head.” – Vinson.

“Would you have ever thought 5 pounds, 6 ounces would make you a hero?” – Charlie Evans, to Gainey, who trailed Lane by 5 pounds, 5 ounces before weighing in.

“That lack of current up there really hurt me today.” – Curtis.